Who are these classic DC characters?

I saw this T-shirt in store yesterday, and realized I couldn't recognize a good number of the villains, and a couple heroes. They're too early in comic history for me to be familiar with them. 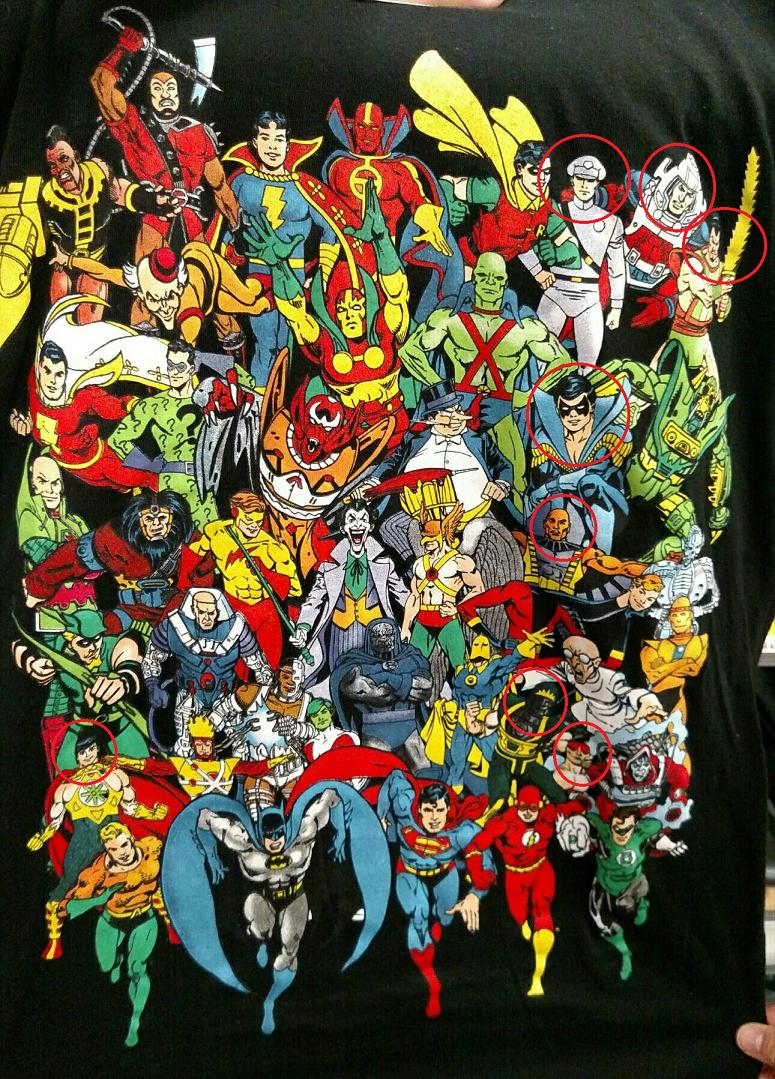 Who are they, and from what comic line are they known for (if not their own)?
If it helps, these characters all seem to have appeared in the early 1980s (such as Cyborg) or earlier. As of yet, I've seen nothing later than Cyborg.

Update: I've found some, and posted them in an answer. Those now circled I'm unable to find or even know where to start looking.

These are those I know, left to right starting from the top:

Those are all characters from the Super Powers cartoon series. I found a clearer image at Target.com, so here's everyone on the shirt. 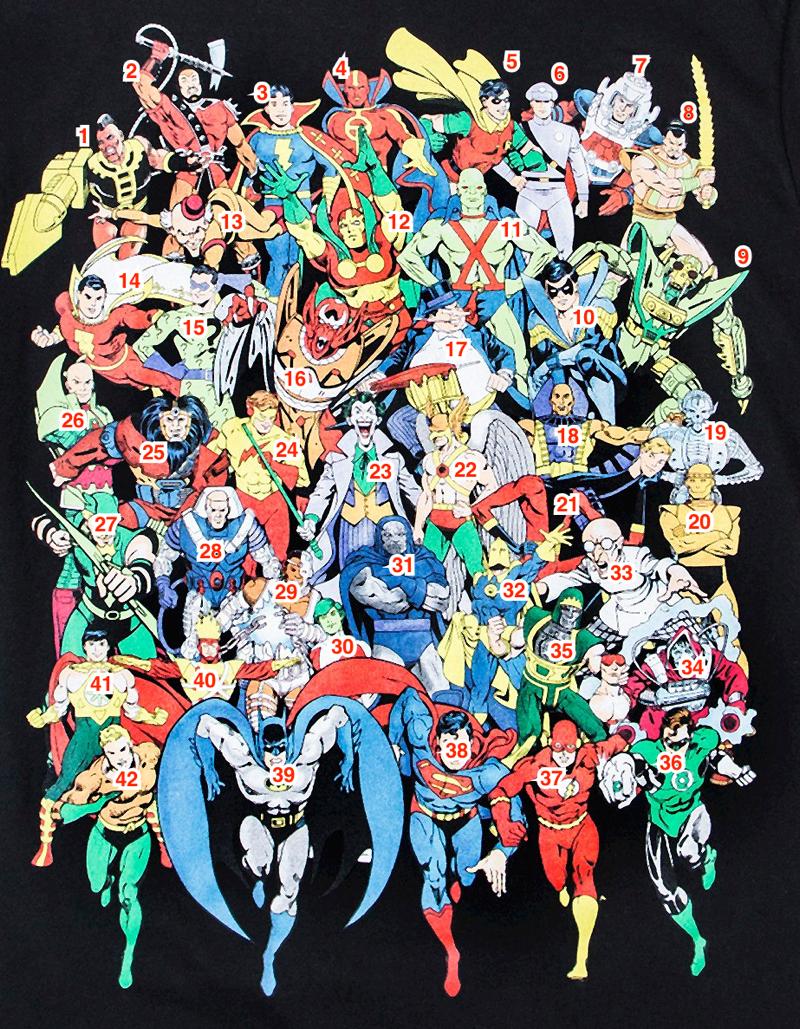 And who they are: 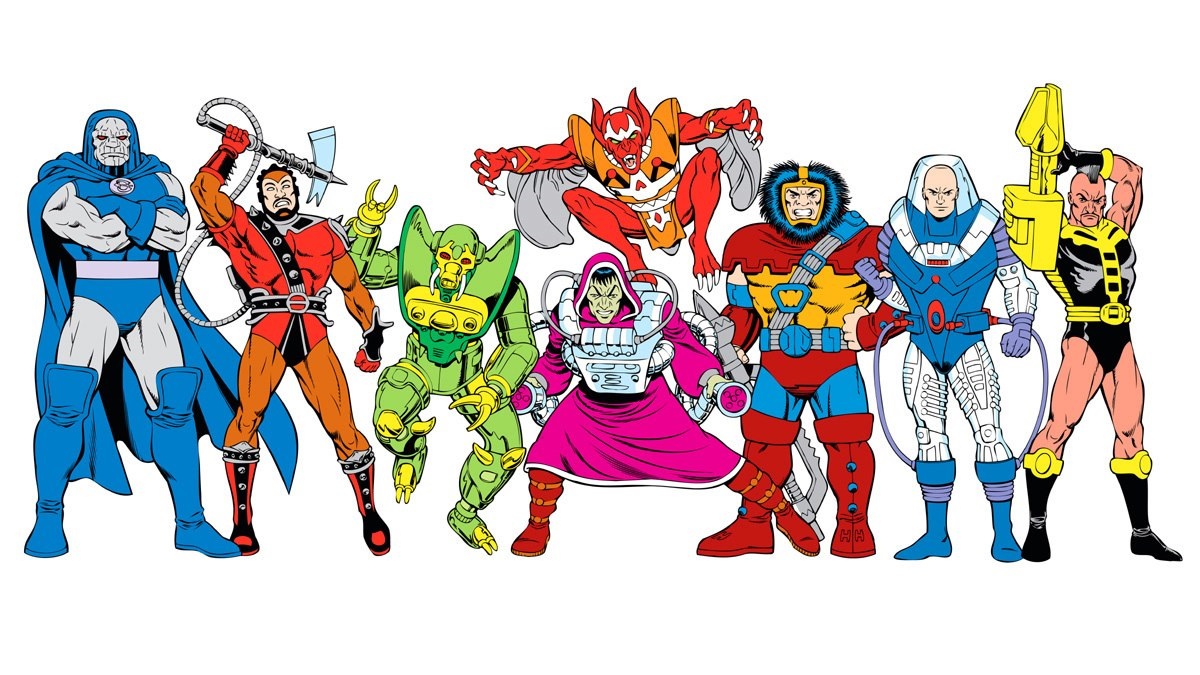 Finding these guys lead me to Death of the New Gods, revealing:

And that's where I hit a wall, although I've ruled out anyone else in the Legion of Superheroes

3
Identify Halloween / Supernatural themed movies in this picture
1
Can we identify characters from Cartoon Network?