Is there any hard evidence that Supreme Leader Snoke could be the same species as Maz Kanata?

Below this post I attached the pictures of Snoke and Maz Kanata. I noticed there are striking physical similarities between these two characters: 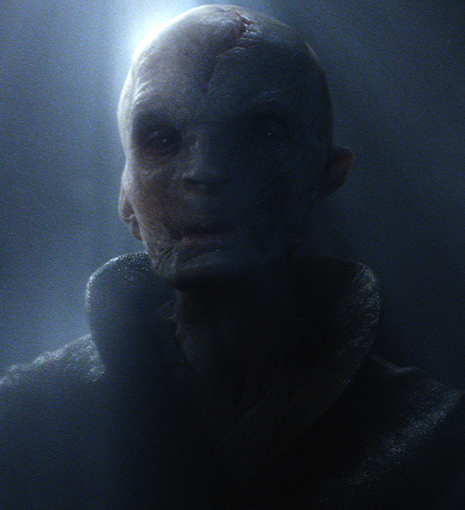 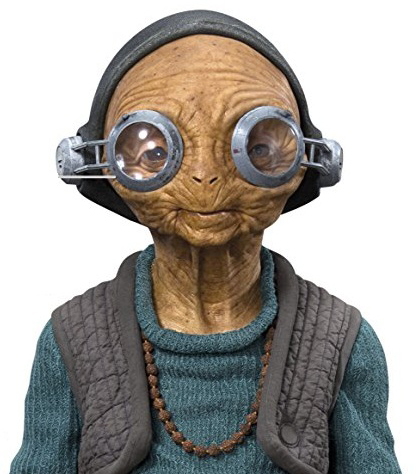 There is no real evidence that they are of the same species. What we know so far about Snoke makes this extremely unlikely.

According to an interview by People Magazine with Neal Scanlan, the chief of creature and droid effects for the new trilogy,

“This character is much better executed as a CGI character. That’s just a practical reality when he's 7-foot-something tall; he’s very, very thin."

Given the spectacular height difference between Snoke and Maz Kanata (who clocks in at one inch over 4 feet), it is unlikely that they are members of the same species. While it is possible they could belong to a species with a wide variation in size, it seems that to defy the production choices made in Star Wars throughout the saga: humanoids belonging to a single species seem to have only minimal size variation (humans in the Star Wars universe, Wookiees, Sand People etc.).

Also, there is no real suggestion that Snoke is especially long-lived. All we know is that he was present before the time of the Empire. Maz Kanata, on the other hand, has been alive for over a thousand years, based on her ownership of the castle / cantina in The Force Awakens.

Furthermore, I would not count wrinkling as a similarity — it is part of the natural aging process of many species in both our universe and the Star Wars universe. While it's possible it can point to some genetic similarity, it really isn't a "smoking gun" here.

Finally, once you inspect the concept art for Snoke (which is quite similar to his final appearance in the film but which gives sharper detail), most of the similarities you mention break down, such as the small, flat nose that you perceive: 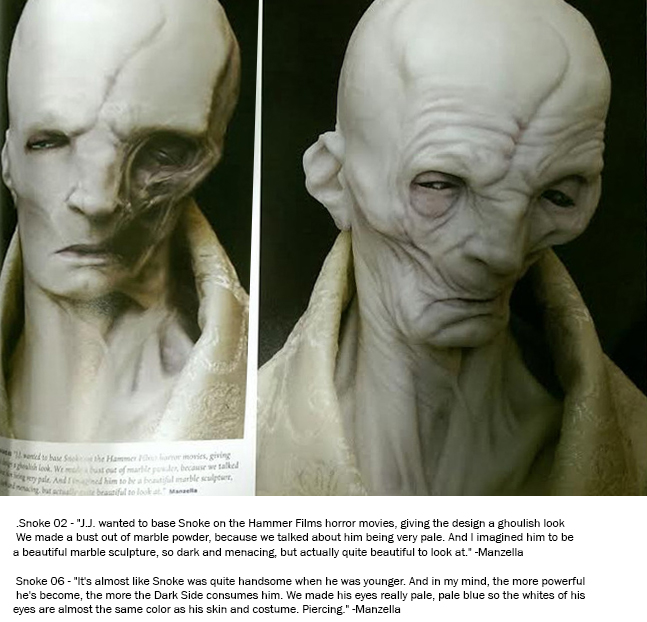