Unknown equipment on the back of some runabouts

The runabouts in Deep Space Nine sometimes have additional equipment on their backs; this is a screenshot from S02E15 (Paradise), showing the Orinoco in the background with the unknown equipment & the Rio Grande in the foreground with a clean configuration: 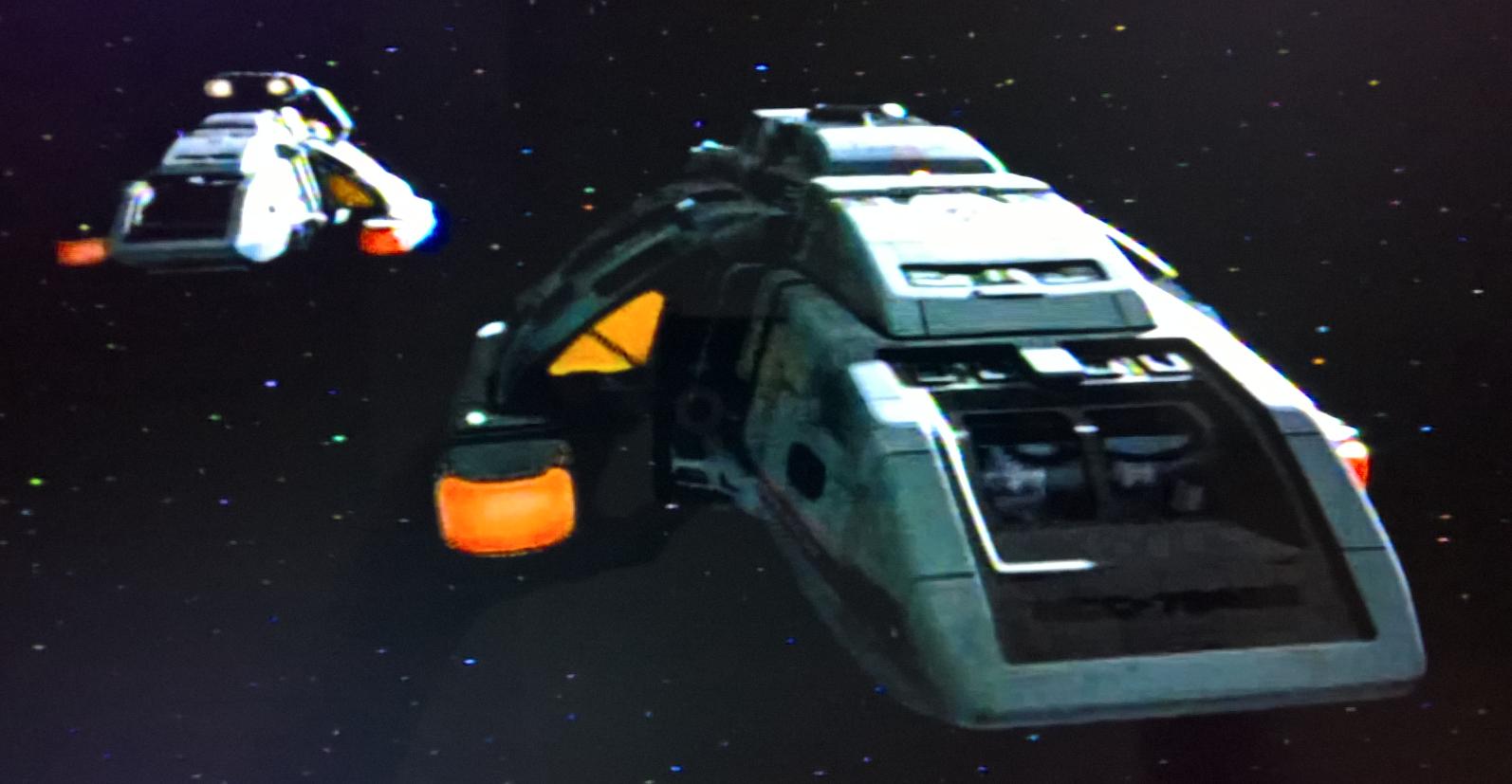 What is the equipment & why is it only sometimes present?

The Star Trek Encyclopedia makes mention of a "roll bar" added to the USS Ganges runabout model. This was apparently an additional sensor array. We can reasonably assume that the same feature on the Orinoco was intended for the same use.

From an out-of-universe perspective it was simply so that viewers would know, at a glance, which of the (otherwise identical) runabouts they were looking at. 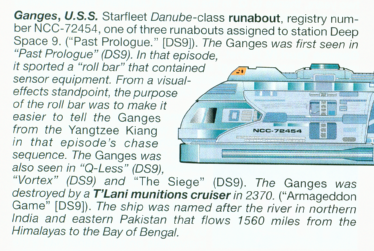 In that episode, it sported a "roll bar" that contained sensor equipment. From a visual-effects standpoint, the purpose of the roll bar was to make it easier to tell the Ganges from the Yangtze Kiang in that episode's chase sequence.

Not the answer you're looking for? Browse other questions tagged star-trek star-trek-ds9 spaceship object-identification or ask your own question.

7
What is this device on top of a Federation Runabout?