Do Weeping Angels continue to age while they are stone?

Even though they don't die of old age, do they still continue to age while they are in their stone forms? Do their bodies continue to function?

Probably not, we know that the angels are in stone forms because they got a quantum lock. That means their atoms are "frozen", they don't function nor ages.

The quantum-locking mechanism is similar to the so-called quantum Zeno effect, a situation in which an unstable particle, if observed continuosly, will never decay forming another particle. For example, the observation can "freeze" an unstable atomic nucleus, preventing the emission of particles or radiation. In other words, a uranium atom can decay only when people are not looking.

The particular question you linked is actually quoting from "The Time of the Angels" in that episode it shows that even though the Angels are quantum locked that they can still deteriorate after prolonged amounts of times. As you see in that particular episode they show Angels in various forms of decay.

This picture is one of the deteriorated Weeping Angels. 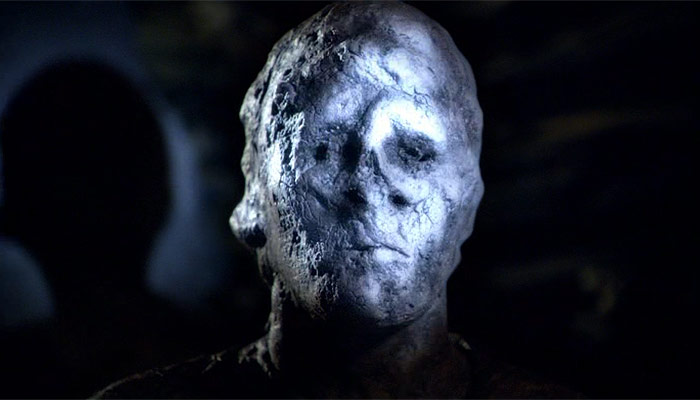 They don't necessarily "age" but they do seem to require time energy for survival. However there's debate whether or not their quantum locking defense mechanism is actually perfect because if this is truly the case then you could theoretically trap all the weeping angels in one place and they could potentially starve to death, although there's no proof of this... All we know is that they are weakened while starving.

An excerpt from the Wikia as well:

Weeping Angels grew weaker from starvation, with the stone wearing away over years. This wearing could become so severe that they might not look like their original forms anymore, losing their wings and becoming more like a typical statue of great age.

Overall healthy Weeping Angels seem to be practically immortal since they don't seem to age / deteriorate as long as they feed.