Cartoon about a team of alien hunters from the US

The cartoon used to broadcast in the late 1990s till mid 2000s. The cartoon consisted of three main characters, two guys and a girl. If I'm not wrong they were a team from the USA that hunts down aliens. One of them was a black man with metal arms.

I remember that they wore blue uniforms and that the metal arms guy was the rough one on the team, but I have no more details. I live out of the United States. It is not Generator Rex. This cartoon was on the air around the same time as COPs and Ultraforce.

Sounds like Generator Rex. Rex is infected with nanobots, and works with a MIB style organisation that hunts down nano-infected lifeforms.

This could be Roswell Conspiracies: Aliens, Myths and Legends, a series of 40 half-hour episodes that originally ran in the 1999-2000 television season. It follows the adventures of The Global Alliance (a paramilitary organization based in Roswell, New Mexico, USA) as they maintain order and secrecy concerning alien activities on Earth.

The series has a large cast. The primary characters are Nick Logan (a white man) and Sh'lainn Blaze (a pale humanoid alien woman). One of the most frequently-appearing supporting characters is Jefferson Trueblood, a Native American man: 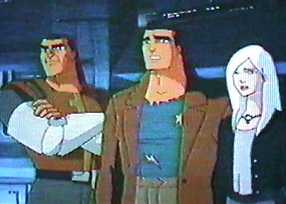 Jefferson is a skilled hand-to-hand combatant and an expert in the use of weapons. His complexion is somewhat darker than that of the white characters, and he frequently wears metallic armor on his arms and legs.

Dorian Wyrick is another agent of the Alliance. His role in the series is less prominent than Jefferson's. Dorian is black, and he wears a full suit of armor: 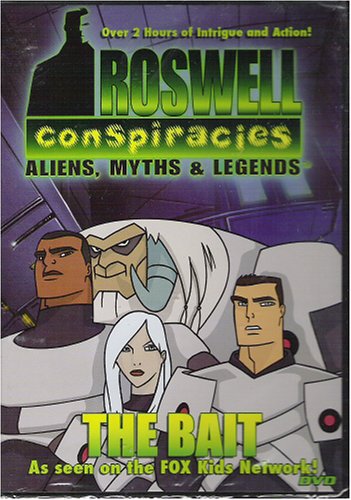 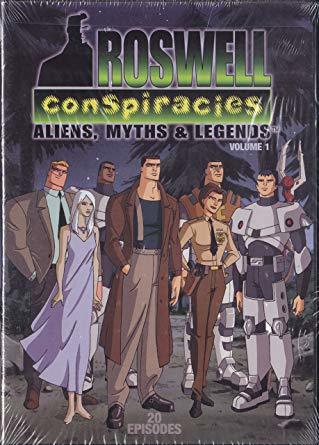 The show's theme and title sequence starts at 0:17 in this video:

Men in Black: The Series?

See if this rings a bell:

The other option is Secret Saturdays, but the timeline doesn't match. Also hunting monsters, uniforms are wrong color. Guy with metal hand is spot on, though.

I have the vauguest feeling this may be at least one episode of B.A.D.: Bereau of Alien Detectors. Take a look at it and see if it rings any bells.