Why exactly do the Twin Towers still stand in the Kermit-less world?

It's a Very Merry Muppet Christmas Movie is about Kermit the Frog exploring a world where he had never been born, It's a Wonderful Life-style. It came out in late 2002.

At one point, the Twin Towers are clearly seen in the background of the Kermit-less world. 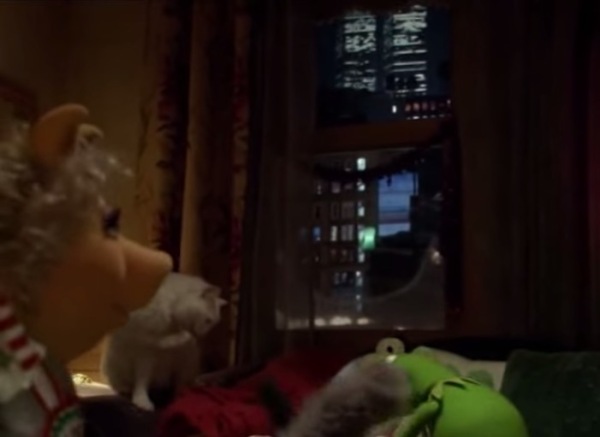 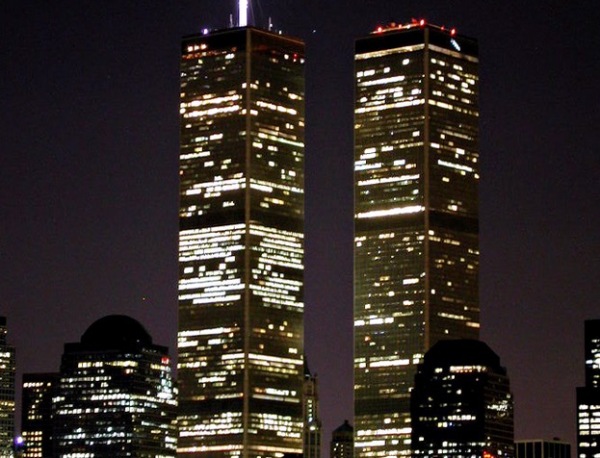 They cannot be seen in any of the scenes taking place in the "normal" world.

Wikipedia claims that the the buildings were deliberately added to the film.

Was this just stock footage or footage filmed before 9/11 that unfortunately no one noticed or were the creators seriously claiming that Kermit had something to do with 9/11? Or is there some other reason?

I asked my good friend Kirk R. Thatcher (the film's Director) this question on twitter

His answer was that the "photo mural" placed in the background was taken before 9/11. The implication is that it was just a simple production error with no conspicuous in-universe reasoning behind it.

Including the twin towers in "alternate reality" footage is commonplace and is usually intended as nothing more than a "cool" nod to "what could have been" and to reaffirm that you're not in your own world any more.

I don't think the writers were suggesting Kermit himself caused 9/11, though there is chaos theory to consider after all...

Not the answer you're looking for? Browse other questions tagged alternate-history muppets or ask your own question.