Do Vulcans wear lots of eye shadow, or is it just the color of their skin? 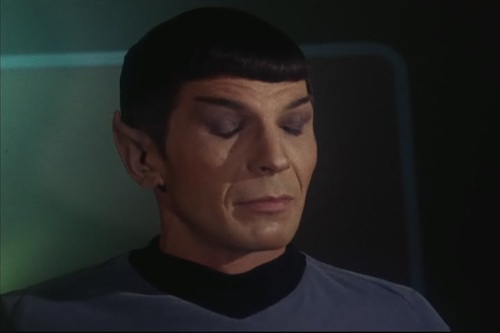 Is it only the males? I could be wrong, but it didn't seem like T'pol had as much makeup?

I can find no official references to Vulcan males wearing eye shadow in-universe — nothing in the episodes and films, nothing in interviews, and nothing in canon texts like The Star Trek Encyclopedia.

However, note that it is established as early as the TOS episode "Operation: Annihilate!" that Vulcans possess two eyelids on each eye. They evolved an inner eyelid in order to protect their eyes against the harsh Vulcan sun. 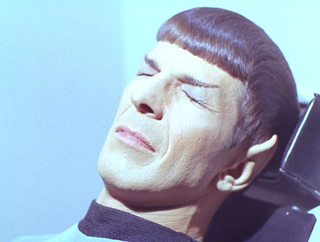 This is speculation, but the darker hue on a Vulcan's outer eyelid could be natural, due to the second eyelid beneath it. (This does not explain why T'Pol's are lighter, but this could simply be an anatomical variation.)

32
Are Vulcans really incapable of telling a lie?
24
How big was the Vulcan state before they joined the Federation?
20
Was Pon Farr confirmed to be initially a male-only idea?
10
Why weren't Vulcans more dominant in Starfleet?
6
Did Spock spread a disease through mind melds?
10
Do Vulcans feel cold on Earth?