Why do zombies eat our brains?

Do we know the first, or at least possibly the most influential, occurrence of zombies targeting humans for our delicious brains?

And do we know why they go for that organ specifically?

In regards to why the zombies feed on brains, there is an official explanation is a quote from Return of the Living Dead’s writer and director, Dan O’Bannon, who suggested that the undead felt the need to feed on the brains of the recently living because it somehow made them feel better by easing their pain.

Night of Living Dead (1968, directed by George A. Romero) is the first movie about modern day zombie understanding in the history of film making. 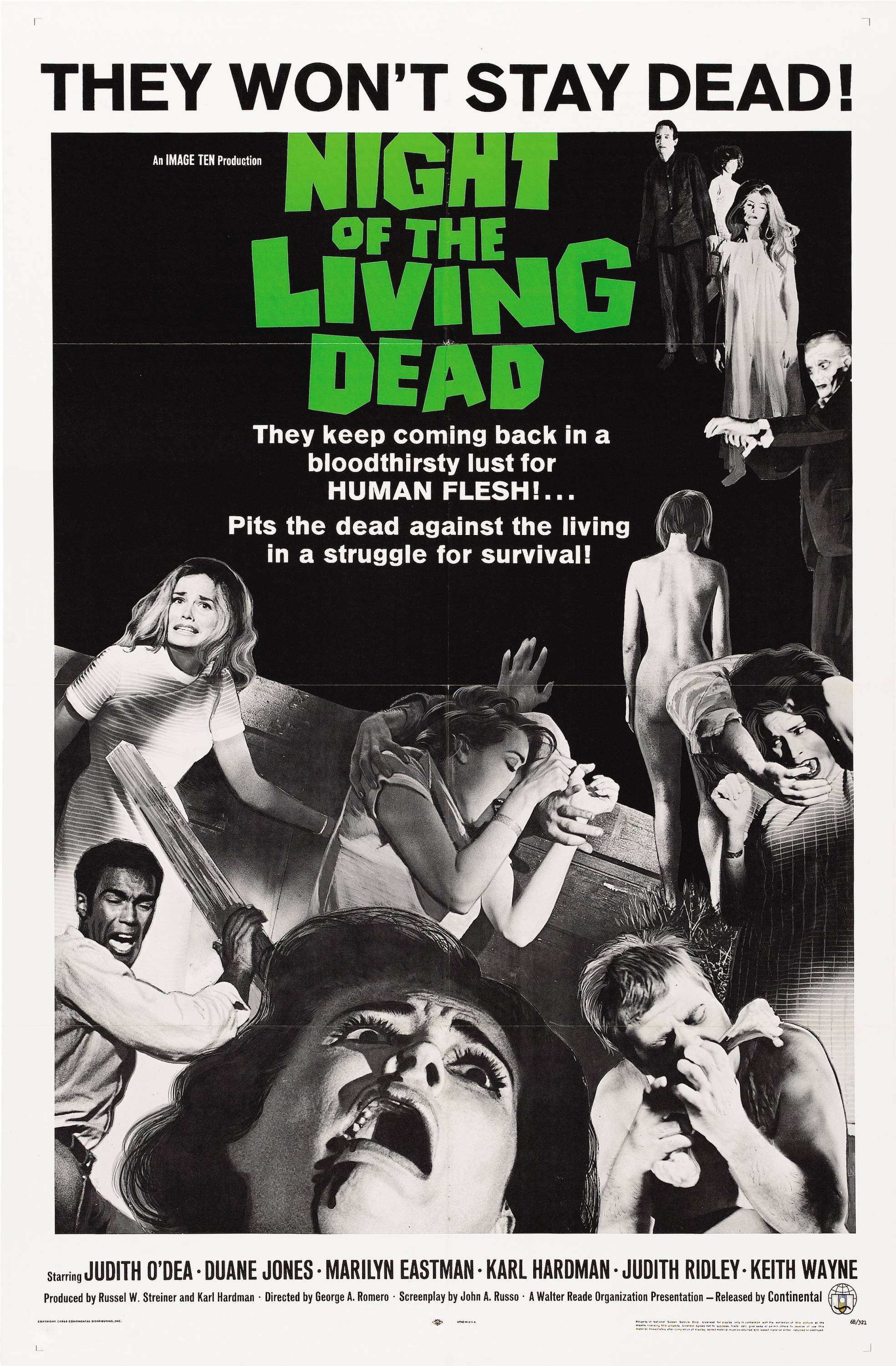 While it’s true that zombies have been around in various forms before the release of Night of the Living Dead in 1968, Romero’s film is largely considered to have introduced the concept of the modern zombie to the world and almost all media involving them draws from his film in some way.

Although Romero is noted as the source for many of the common zombie tropes, shambolic movement and a hunger for human flesh being the most prominent, zombies don’t actually eat brains in any of the six “Of the Dead” series of films he directed. In fact, Romero himself has no idea where the brain-eating idea came from and in a 2010 interview with Vanity Fair, when asked about the link between zombies and brains, Romero very bluntly explained that:

Whenever I sign autographs, they always ask me, “Write ‘Eat Brains’!” I don’t understand what that means. I’ve never had a zombie eat a brain. But it’s become this landmark thing.

The origins of the “zombies eating brains” trope didn’t actually appear in media until well after Romero’s film debuted in the 60’s, first being featured in the 1985 movie, Return of the Living Dead.

After the release of Night of the Living Dead in ’68, Romero and his co-writer, John Russo parted ways and reached the agreement that Russo would retain the rights to the “living dead” suffix whilst Romero agreed to use “of the dead” in any subsequent media he produced.

Avid fans of the zombie genre have tried to expand on this reasoning by asserting that zombies eat brains and guts because of the high levels of serotonin they contain, but this suggestion was never confirmed by other creators and directors.

White Zombie (1932) and I Walked with a Zombie (1943) are the more traditional zombie movies. The zombies in these are based on the traditions of Haitian voodoo. The Romero zombies were introduced in The Night of the Living Dead (1968) and are more like reanimated ghouls than the mindless slaves of the Haitian tradition.

The Tarman climbed out and went to look for fresh brains instead. However, since Frank and Freddy were knocked out, they never knew Tarman reanimated. They assumed he melted when he hit the air. He actually spends most of the film hiding down in the basement until Tina goes down there. He snuck up behind her and attempted to eat her brain. Luckily for her, she hid inside of a locker but since Tarman was desperate for her brain, he tried to rip off the door with a winch. While she was trapped in the cellar, the other punks heard her screams and ran through the door and down the steps. In the process of finding Tina, Tarman got a hold of Suicide and devoured his brains.

KURU may have been a subconscious inspiration (and human mad cow disease.)

Depending on Continuity. For starters the whole concept of comsuming and lusting "Brains" is never stated in Any of the George Romero dead movies. "Return of the living dead" began that whole "Brrrrainsss, brainnnnssss" idea. They consume brains for pituitary hormones and endorphins which overcomes their pain of decomposing.

Not the answer you're looking for? Browse other questions tagged history-of horror zombie food undead or ask your own question.

2
Why do digger-zombies walk in the wrong direction after emerging from the ground?
1
Where do zombies come from?
3
How is it Alice's clones can be killed without head trauma, and why don't they reanimate into zombies?
14
Why don't zombies eventually die in the Walking Dead?
4
Are zombies traditionally portrayed as being able to see in the dark?
4
Has George Romero ever revealed where he got the idea for his zombies?
36
First use of the "captive human brains as computers" idea?