Are Star Wars and Indiana Jones the same Universe?

This is a follow-up question to Are Star Wars and Indiana Jones in the same galaxy, far, far away? 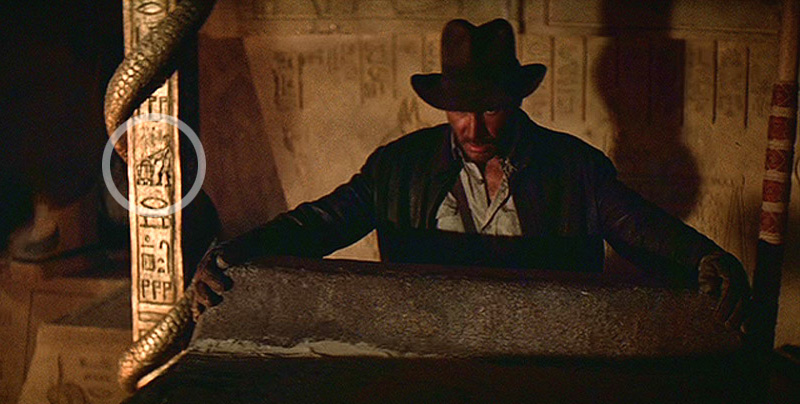 star-wars indiana-jones shared-universe
Share
Improve this question
edited May 7 at 3:24

It is far from conclusive that ET and Star Wars share the same universe. To draw that conclusion requires a lot of interpretation, assumptions and relying on information from non-canonical sources.

The child wearing a yoda mask in ET strongly implies that star wars is fiction in the ET universe, rendering any other assumptions that could lead to them being in the same universe moot.

While Indy-Earth and ET-Earth seem to both be set in our universe, that is the only reason to assume that they share the same universe, which isn't enough. There is nothing wrong with thinking so, but there is nothing to definitely show it to be true either.

So, no, there is nothing to indicate Indiana Jones and Star Wars are in the same universe.

Yes, they are in the same universe.

However, the specific hieroglyphs are, indeed, likely unrelated in-universe, at least no retcons were ever offered. Just an Easter Egg.

Please note that there are plenty of ancient drawings that are interpreted as all sorts of paleo contacts, if one tries to look at them from weird enough angles.

UPDATE: J.J. Abrams gave us another reason to think so.

As an Easter Egg, Han Solo's freighter, the Eravana, was noted in The Force Awakens Incredible Cross-Sections book to have a cargo module 9906753, which Han and Chewie haven't been able to open due to Sadoxxian crypto-lock. 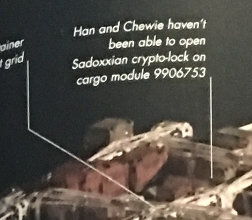 And careful observers of Indiana Jones' universe will note that crate #9906753 contained the Ark of the Covenant that Indiana Jones delivered to US Government warehouse. 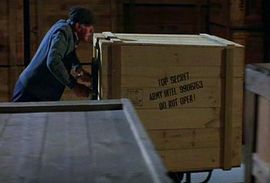 Indiana Jones is in the same universe, in a galaxy far away, in the future.

The Knights Templar are from the line of Jedi or force attuned individuals explaining their powers, as well as anything supernatural happening, and the artifacts that have power. They don't understand or see the force the same way as the Jedi do. Their full understanding of it is non-existent, which is why their powers are not as strong and they are not Jedi. They explain it in other ways through religion. Lucas called the Jedi Templar in original scripts. Hes completely connected all franchises on purpose.

Personally I think the evidence given are that these stories are all set in our universe. My rationale for this relates to the precursor text to the opening crawl in Episode IV - A New Hope "A long time ago in a galaxy far, far away....”. This clearly defines two points of reference. Firstly where - A galaxy far, far away from where you are now in the cinema or in your home but in this universe where you live. Secondly the time-frame when it happened “A long time ago” so (debatably before mankind inhabited Earth, but definitely before the Ark of the Covenant appeared in Terran religious texts. This would account for the appearance of the Ark in Raiders, the hieroglyphs of R2 and 3P0 in the carvings, the bigfoot mythology, and if Han/Rey left a journal of some kind on Earth that would enable film makers to make the movies and Star Wars paraphernalia we see in ET which is set in the 1980’s after the Star Wars movie was released. It would explain it more accurately if it was Rey that the left the journal as Han would not of been able to chronicle his own demise at the hand of his son. Anything I missed. I think it makes total sense.

Not the answer you're looking for? Browse other questions tagged star-wars indiana-jones shared-universe or ask your own question.