How does Deadpool break the 4th wall?

Continuation of Does Deadpool know he is breaking the 4th wall?

So Deadpool knows he's fictional. But how does he know things like what issue he's in, or where the fourth wall is so he can talk to us, or if speech bubbles are working properly.

For example, even if I knew that this was all a holodeck simulation in which Captain Picard, Riker, and the rest of the crew are role playing actors on a popular TV show from the 20th century, that wouldn't allow me to detect when I'm paused, or how long the simulation has been running.

How does Deadpool know these things? We know where his immortality came from. Where did his fourth wall ability come from (beyond just discovering he's fictional)?

The Comic Awareness can manifest in several effect: Characters aware of being in comics, who can talk to the spectator or reader ("breaking the Fourth Wall"), interact with bubbles text, use knowledges from Earth-1218.

How does he do that? By simply pointing out he is a comic book character. This is a choice that was given to this character by the creators. 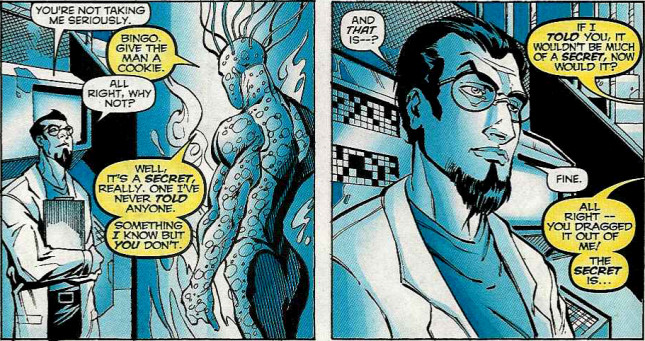 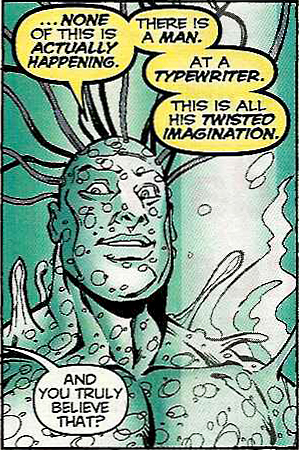 Marvel categorizes this phenomenon as a superpower.

The main reason why he can do this is speculative because giving this power to any character is in creators' hands.

Deadpool is not the only character who is aware of the 4th wall thing. Full list of Marvel characters can be found on that page as well.

You're looking for an in-universe answer to an out-of-universe phenomenon. There isn't one. That is part of the point of fourth-wall-breaking. Deadpool is played by an actor who knows he is being filmed and will be viewed by millions of people in theaters and homes. He's also written and drawn by writers and artists who know he will be read by audiences. That's how.

In-universe? Deadpool's crazy. There is no comic to refer to.

On those occasions where he predicts something that actually happens? Well, just because he's crazy doesn't mean he's unintelligent. Sometimes he may be able to guess accurately based on the information available to him (like a profiler can predict what the person being profiled will do). And, sometimes he may just luck into it (I seem to recall more than one occasion where he's said something would happen, it did, and he was at least as surprised as anyone else).

Not the answer you're looking for? Browse other questions tagged marvel powers deadpool or ask your own question.

89
Does Deadpool know he is breaking the 4th wall?
52
Is movie Deadpool's fourth wall breaking a "mutant power"?