When did zombies become “infected” rather than corpses raised from hell?

I am curious as to the evolution of the zombie concept. In old horror movies from the 60s and into the 80s, zombies were depicted as "true" undead beings; people who have died and been inhumed, and then mysteriously their corpses are reanimated, with no scientific explanation available.

Peter: Something my granddad used to tell us. You know Macumba? Vodou. My granddad was a priest in Trinidad. He used to tell us, "When there's no more room in hell, the dead will walk the Earth."

This, to me, created a feeling of uneasiness and inescapable doom. The forces of hell, or nature, or what have you, inflicted this plague on humanity and there really is no "way out" of that.

In the 90s and onwards, zombies changed. They are now "infected" with a virus or some kind of pathogen that resembles a super-charged variant of rabies. In many franchises such as Resident Evil this pathogen is the result of botched scientific experiments. Many of these types of zombies resemble "mutants" and can be extremely large, and even possess intelligence such as the character Nemesis:

The Nemesis-T Type (also known as the "Pursuer") was an experimental form of intelligent Tyrant created by the Umbrella Europe Sixth Laboratory in France under the direct administration of Umbrella Headquarters. Its purpose was to prove that a t-Virus infected creature could retain most of its intelligence and follow specific orders.

Now, I understand that fiction and storywriting is always a reflection of society and the zeitgeist, and it is quite obvious that this "new" type of zombie is very relevant to our brave new world of ebola, swine flu, mad cow disease and other epidemics, as well as relating to stem cells, DNA research, cloning and being a "modern extension" of the classic "mad scientist" story.

But, in these zombie stories, there is always a "way out"; the vaccine, the antidote, the "blow em all up routine". I am curious how the more ominous approach that I described in the beginning of my question, became replaced with the "new approach" and why it seems to have become a main-stay version of zombiism in popular media - my bottom line being that a metaphysical force that cannot be "reasoned with" is much more terrifying than genetic experiments gone awry. Why are these things even called zombies anyway?

Arguably, The Last Man on Earth did it in 1964. The victims of the plague were ostensibly "vampires" but they moved and groaned like zombies. 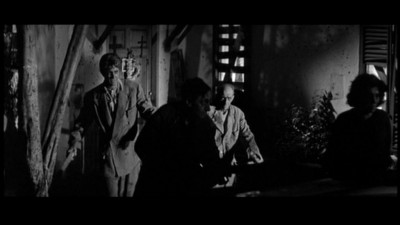 First film I've found where they're identified as zombies and it spreads as infection is Peter Jackson's Braindead (Dead Alive in the USA) in 1992 where it's a virus contracted from a Sumatran Rat-Monkey and spread through bodily fluids.

Not the answer you're looking for? Browse other questions tagged movie horror zombie science or ask your own question.

20
What work of scifi broke the mold of zombies being undead voodoo minions and depicted them as mindless maneaters?
4
Has George Romero ever revealed where he got the idea for his zombies?

6
Why did Luda survive for days or weeks when Frank and other infected people died within hours?
2
Where does the concept of infected people turning into zombies only after death originate from?
14
Zombie Outbreak movie with a cure
3
Book about a billionaire geeky mad scientist who creates a zombie apocalypse in order to start a harem
4
Animated series involving a dimensional portal in a movie theater, and other worlds, including one populated with zombies
6
Alien movie about black stones biting people