Is there any story connections between Devor in TNG and Tuvok on Voyager?

In the Star Trek: The Next Generation episode "Starship Mine", there is a character Devor, a mercenary, who was played by Tim Russ.

In Star Trek: Voyager, there is a character Tuvok, also played by Tim Russ. Did they ever make any story connections between the two?

Note: I found this question but it seems to be about Star Trek: Generations, not TNG.

No, absolutely no connection whatsoever.

Tuvok is Vulcan. Devor is not. Completely different species. 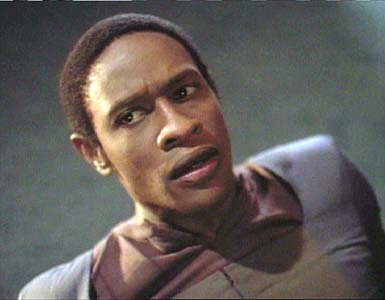 Above: Tim Russ as Devor. 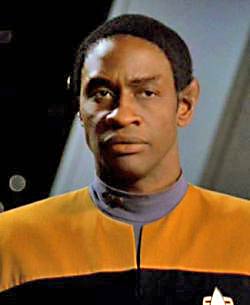 Above: Tim Russ as Tuvok. Notice the ears.

Devor was killed by the baryon sweep at the end of "Starship Mine", two years before Tuvok and Voyager were stranded in the Delta Quadrant.

16
Any continuity between Tim Russ's appearances in ST:Generations and Voyager?

70
What is the recommended viewing order for young first-timers to watch Star Trek TV episodes and movies?
33
Was Tom Paris based on the character Nick Locarno from Star Trek TNG?
16
Any continuity between Tim Russ's appearances in ST:Generations and Voyager?
9
Why didn't Voyager update their uniforms after Pathfinder?
0
Are Romulan scientists involved in politics?
3
How did Arkarian maintenance crew get to the Enterprise?
5
Why are the Borg different in Voyager and TNG?
34
Does Q consider Picard a friend?
19
Is Tuvok the only black Vulcan?