When has Lex Luthor been a Cardinal or Pope?

I came across this miniature of Lex Luthor for the Heroclix board game. 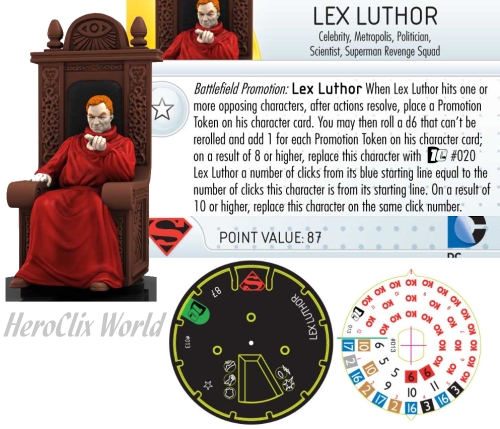 Most information I have been able to find about that picture is actually on this page.

I don't know to which comic book, series or elseworlds it belongs, but it looks like Lex Luthor is sporting red robes and sitting in a very fancy "throne", much like a cardinal (Shall he had been wearing white, I would have suggested "pope").

As I said I could not find much by googling "Lex Luthor cardinal" or "Lex Luthor pope". Could anyone tell me if this figurine actually resembles a story arc and if so which one? 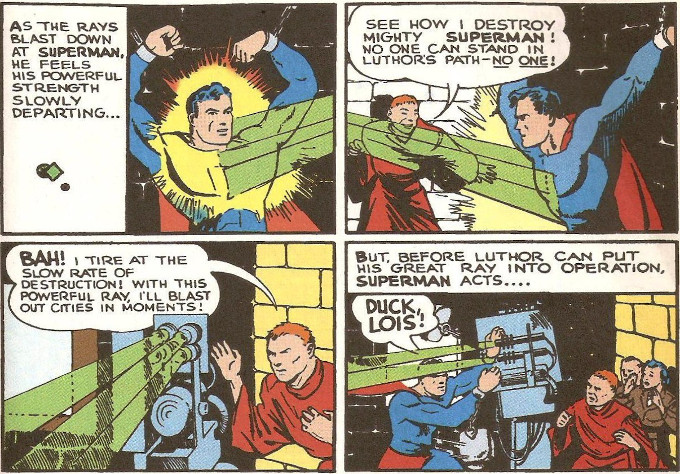 Luthor debuted in this early issue of Action Comics, shortly after Superman himself, as a kind of Friar Tuck-like mad genius. Not a Cardinal or Pope.

Interesting fact: In this issue, Luthor's vehicle of choice is a dirigible. He ends up crashing it.

Not the answer you're looking for? Browse other questions tagged story-identification dc superman lex-luthor or ask your own question.

4
Why did Lex Luthor tell Mercy to call his attorney?
13
When Lex Luthor ran for president, who did the man on the street think it was?
15
Have Lex Luthor and the Riddler ever tested their intellects against each other?
3
Identify Superman novel: journey into space with Lex Luthor
22
How does Lex Luthor know Superman's identity?
6
When did Lex Luthor save the world from Superman?
6
Why didn't Batman brand Lex Luthor with the Bat symbol?
8
Has Superman ever willingly revealed his identity to Lex Luthor?