Is The Magic School Bus, of the The Magic School Bus franchise, actually magic? On one hand, it's called magic and does many things that science probably can't achieve. On the other hand, it is only called magic by either children, or people talking to children and it would be odd for a science-based educational series to have a major magic element.

So is The Magic School Bus actually magic, or has Clark's Third Law come into effect and it's just really advanced science?

In the "Call the Producers" segment at the end of Episode 3, the Producer explicitly notes that Ms. Frizzle can't get sick because...

at which point we see an inexplicable sparkle coming off of her image on the screen.

Since magic (real magic) is evidently a part of the Magic Schoolbus 'verse, I think it's more plausible to assume that the bus (and its driver) are able to function through the use of magic rather than requiring the need for a further scientific explanation for the abilities they present.

Yes - It runs on magic gas:

Magic School Bus Inside a Hurricane: 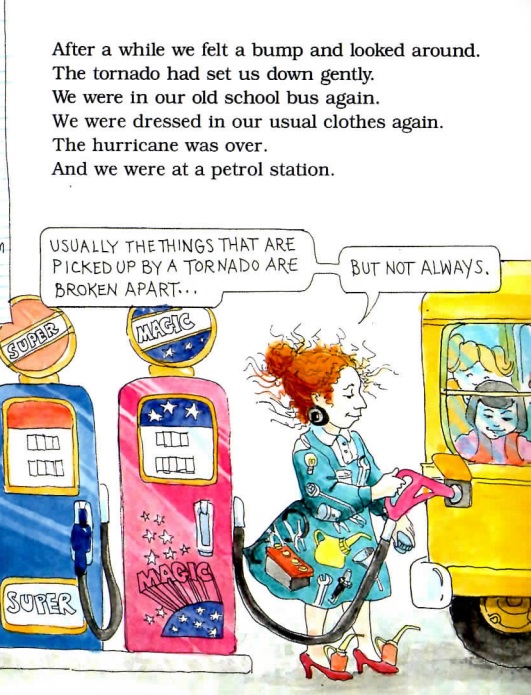 Not the answer you're looking for? Browse other questions tagged magic science the-magic-school-bus or ask your own question.