While watching Star Trek Into Darkness, the following two scenes looked funny to me.

What I find funny is that these are the kind of tasks that could be easily delegated to a remotely-controlled robot. Bomb-disposal units in the present day never send a person to examine a suspicious device if they can use a robot instead. Why do the enterprise crew not make use of this option? Given how stupendously advanced their technology is, you would think they could have a few mechanical gizmos with a radio link to the bridge, so that they could perform this kind of tasks without putting lives at risk.

star-trek robots star-trek-reboot
Share
Improve this question
edited May 13 '16 at 4:38

Remotely operated vehicles are pretty common in the Trek universe. The entire episode TNG: Interface was based around Geordi using a ROV to investigate a wrecked ship in a hostile environment and we see a wide range of probes being investigate phenomena, carry messages and even ferry cargo.

As to the specific instances you've highlighted. The novelisation sheds a little more light.

The supervolcano is spewing out toxic gases as well as magnetically charged particles. Spock has to go down himself because targeting systems for the transporters are being disrupted. This presumably would also affect video uplinks and robotic control downlinks.

But while they could beam him into the volcano, it would be impossible to set him down on a safe, solid location. To do that would have required a preliminary visual fix: one they had neither the time nor the precise means to obtain. Sometimes, despite the availability of the most advanced tech, nothing worked better than a pair of experienced eyes . . . and being directly on site. - Star Wars: Into Darkness - A Novel

There seem to be a number of issues at play here; Kirk's desire to have the "steadiest hands on the ship" doing the operation, the shielding on the torpedos blocking any scans inside the casing and the risk that having an active (outgoing) signal may trigger the torpedo to explode

McCoy nodded his understanding as he glanced at the readout on the monitor she was holding. It was not providing the hoped-for clear view of the torpedo’s interior. There was too much protective shielding and intervening instrumentation for the small sensors to penetrate. He said as much and she gestured in agreement. - Star Trek: Into Darkness - A Novel 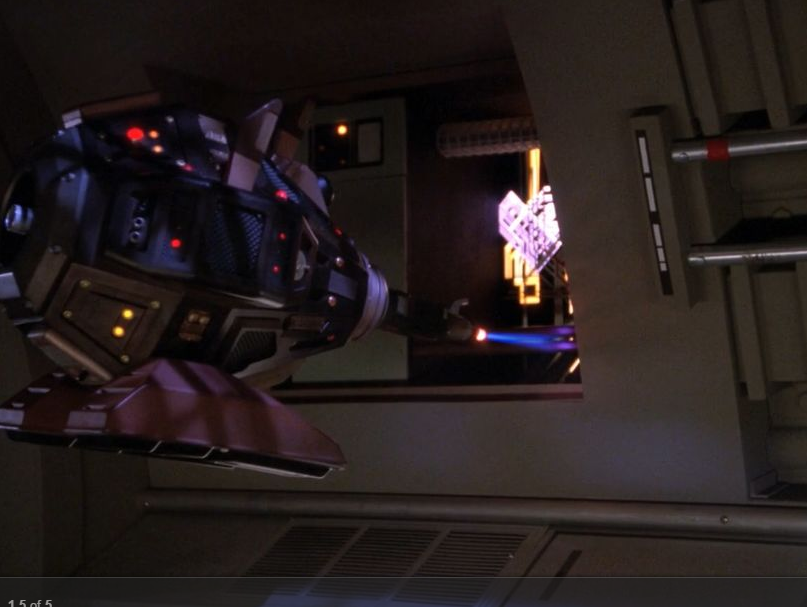 While not directly applicable to the new movies - the history of the Star Trek universe is fraught with intelligent AI robots and computers that are put in the positions you illustrate only to have them rebel or otherwise malfunction to the point where people simply don't trust them.

From TOS: The Ultimate Computer to TNG: Quality of Life and several other episodes, there is a well-documented problem with remote probes or AI controlled ships, bots or otherwise going off the rails. This had a chilling effect on AI and artificial life in the Star Trek universe. Undoubtedly this history started before the events of the new movies as well. Be it in the Eugenics Wars or something from the Enterprise era.

Not the answer you're looking for? Browse other questions tagged star-trek robots star-trek-reboot or ask your own question.

80
Why are there so few robots in Star Trek?