It appears that both the Galaxy Science Fiction serialization and the original novel version of Heinlein's The Puppet Masters were edited down from 96,000 words to about 60,000. According to Wikipedia, one reason for the edits was the fear that the original version was too controversial.

In 1990 after his death, an expanded edition was printed. Does anyone know which publishing company released it?

Also, are the magazine and novel edits the same?

Baen reprinted the complete, uncut version on August 1, 2009. You can find their listing here: http://www.baen.com/the-puppet-masters.html

As far as I know, it is no longer possible to obtain the original, shorter version of the novel except from used bookstores. All printings of all editions since 1990 have been of the longer version.

The original novel version and the original magazine version were definitely not the same - the magazine editor made unauthorized changes, and Heinlein did not like that at all. This is covered in his correspondence with his agent at the time, in Grumbles from the grave.

The uncut version of Puppet Masters did not get a new hardcover edition like Stranger did. Instead, around 1990, a new printing of the mass market paperback edition in print at the time (del rey I think?) switched from the shorter to the longer text from one printing to the next. There was no indication of this change anywhere except for a tiny notice on the copyright page and an "original uncut" blurb on the cover. The edition I remember buying around 1992 because it proclaimed it was "the original uncut novel" had this cover art: 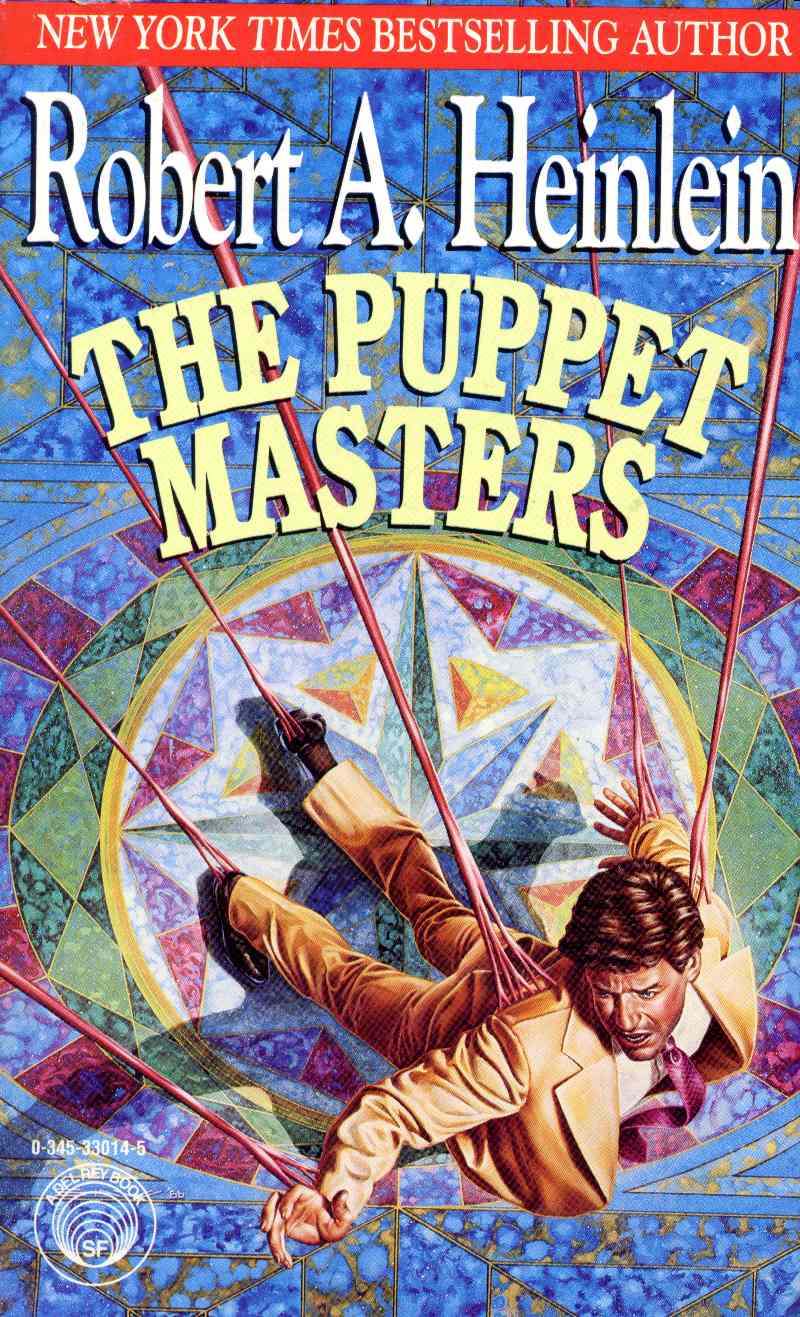 Since the "original uncut" blurb soon gave way to a "now a major motion picture" blurb (and more recent printings may not say anything at all), here are two ways to tell which version you have.

Not the answer you're looking for? Browse other questions tagged robert-a-heinlein the-puppet-masters or ask your own question.