Is there a map of Daenerys's palace?

I am writing some fanfic in the form of an After Action report based on my Aegon VI CK2 AGOT mod playthrough. In my version of events, I (Aegon) learned (after defeating the Lannister and Baratheon armies) that I am a Blackfyre. Daenerys is fighting a losing battle against the slaver cities (and Volantis, and Mantarys, and Yi Ti, and essentially everybody in Essos except for Braavos, who allied with her).

I want to procure one of Daenerys's dragons for House Blackfyre, so I try to marry her. In order to do this, I have to help her in her war.

Right now I am writing about Aegon and Dany's first meeting and she is going to show him the dragon pit. I need access to a general layout of her palace (the Pyramid) in Meereen including, but not limited to, her throne room, her dragon pit, and all of the tunnels, halls, and different ways to access the dragon pit.

Is there such a resource anywhere and where can I find it? I could just "wing" a description of her pyramid, but I want my story to fit in with canon as much as such an alternate-scenario story can, including location descriptions. A visual would be nice, and an ideal answer would link to its resources.

Realized I should include where I have already looked. I looked on the Wiki article on the Great Pyramid (because it was the only thing Google produced of worth) and found rough descriptions of the temple complex. I suppose I can use this if there are no visuals to be found.

There is no such map sadly because canon sources focus on maps of realms while fans focus on creating art of buildlings themselves, not their blueprints.

However, George R.R. Martin has provided us with rough description of the Great Pyramid of Meereen. I have drawn some blue prints of each area of Pyramid described in the books. Remember, I am not an architect and this is mostly how I picture George's description. So here goes:

This is where the Queen maintains residence, at top of the pyramid. It has a room for Queen which is shared by her companions Irri, Jhiqui and Missendei. There are three beds in Dany's room.

There is also a small room for Ser Barristan Selmy adjoining Queen's apartments which has a chair, a chamber pot, a cabinet and a bed.

Right next to her room there is a terrace which has some trees and some pools. Queen's apartments are directly connected with the terrace. Terrace is edged by parapets. 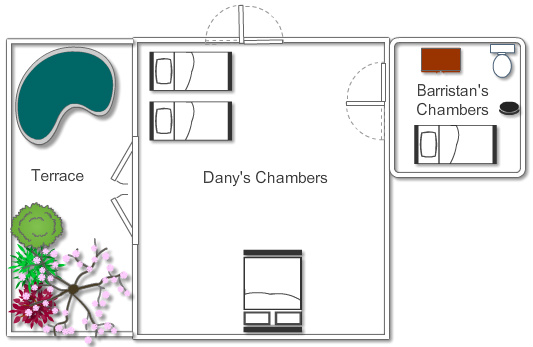 Then we have the hall. It has a high ceilinged hall which is right below Dany's chambers. It also has a terrace garden on it's side. Dany has an ebony bench on a platform connected by stairs here, which she uses as her throne. 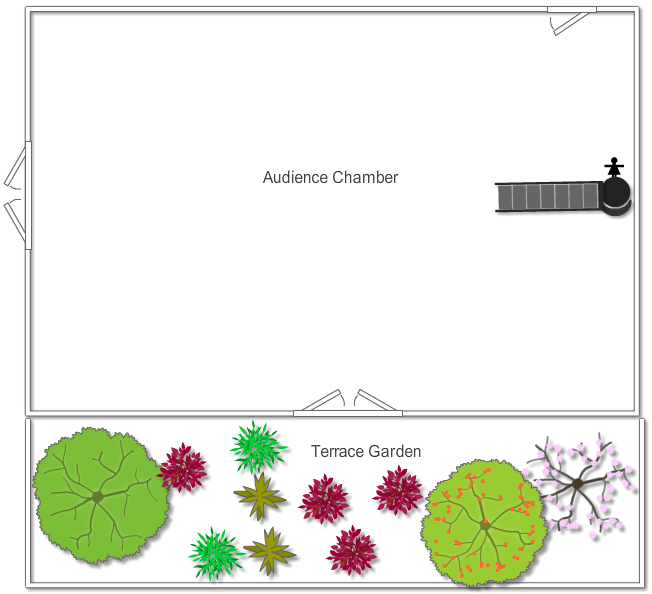 Then we come to the heart of the Pyramid which is located on 16th and 17th level of the pyramid. It has rooms for cupbearers and other residents of the pyramid. It notably hosts the Royal chambers where King of Meereen took his residence, furnished with tapestries and rugs from Qarth. There is also a fireplace in the chambers. An archway leads to royal apartments and leads to area designated for visitors. That area has a bench and a side board for King's wine. A guard stands at door of the king and another resides in an adjoining cell inside the apartment. 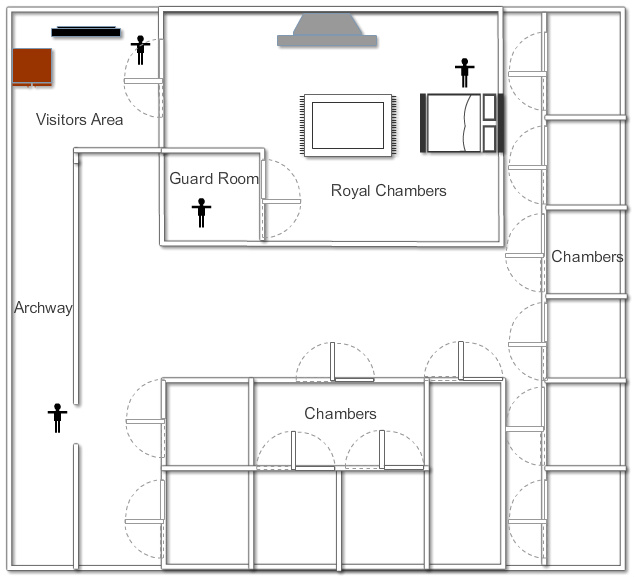 Then we have the base. It is on ground level. It has Horse stables, Elephant Pens and Store rooms. There is an archway leading to it. The Horses are on Western wall and Elephants are on Eastern. There are only three elephants in the Pyramid. Please note, I got the compass wrong and right now I don't find the energy to correct it. Also I forgot to add doors of Storerooms but now that I have deleted the model, nothing can be done about it sadly unless I rebuild the whole thing from the scratch. 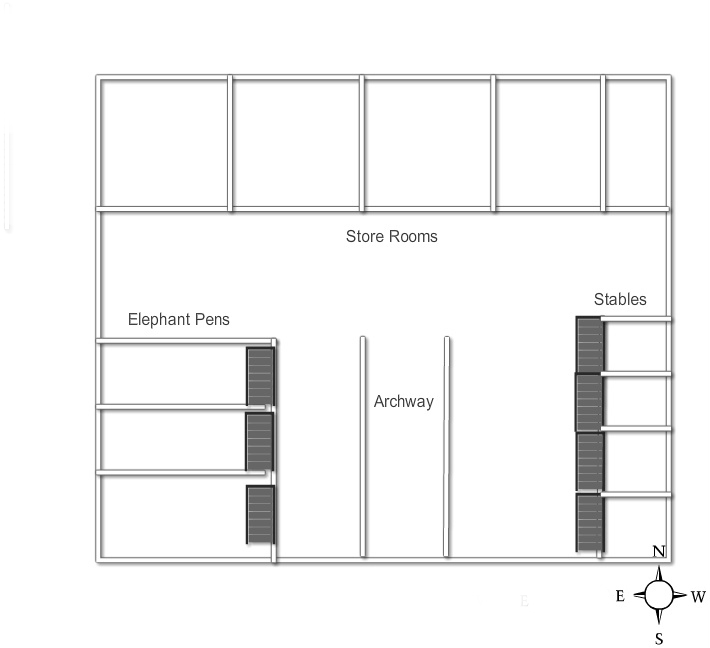 The Dragonpit and Dungeons:

Then we come to Dragonpit below the base. It has torture chambers used to torture slaves. You have to go through three archways, past the cells and then you find huge bronze doors inside which is Dany's makeshift dragonpit. Here I forgot to add doors to torture cells but I am sure you can imagine the doors there. 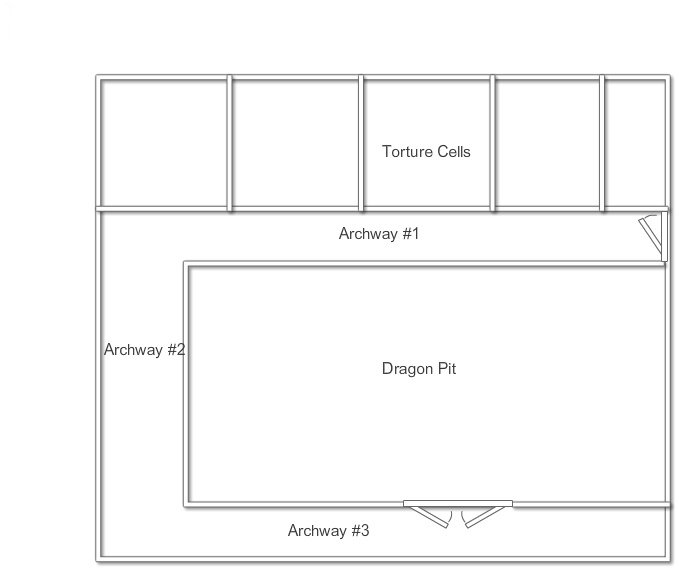 Not the answer you're looking for? Browse other questions tagged game-of-thrones a-song-of-ice-and-fire online-resources or ask your own question.

36
Is there a reasonably complete online database of science-fiction works?
16
How many Faceless Men are there?
3
Why weren't there more assassination attempts?
21
What is the composition and strength of Queen Daenerys's army invading Westeros?
36
Can Daenerys's dragons lay eggs, and if not, then why?
25
How well-known was Aerys Targaryen's madness outside the noble class?
20
Are there regional foods in Westeros?