What horror movie features half human crawling creatures with no eyes?

I am asking about a movie. I remember, near the end, there were crawling creatures like humans, but with a half-man body (I can't remember well). A woman is stuck at the same home but unseen, and she was hitting with her fist a transparent barrier, trying to run away from the creatures. I remember the creatures had no eyes.

I would be grateful if someone can find it. By the way, I read this question and I'm pretty sure it's not that one.

This sounds very similar to the 2002 film "They", which ends in the way you describe.

It involves a group of children who suffer from very realistic night terrors, where they are taken in the dark by creatures that have no eyes. The film follows them as their childhood terrors surface again in adult life.

The end scene involves the main female character being...

hospitalized at a mental institution by Dr. Booth and her boyfriend Paul Loomis where she is attacked once more and transported into the separate dimension she previously saw, only this time inside of a closet. Here she screams for help towards Dr. Booth and an orderly, both of whom cannot see her. The closet door is shut by Dr. Booth and the creatures proceed to attack her. 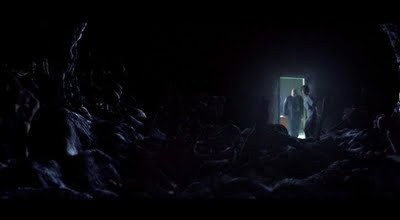 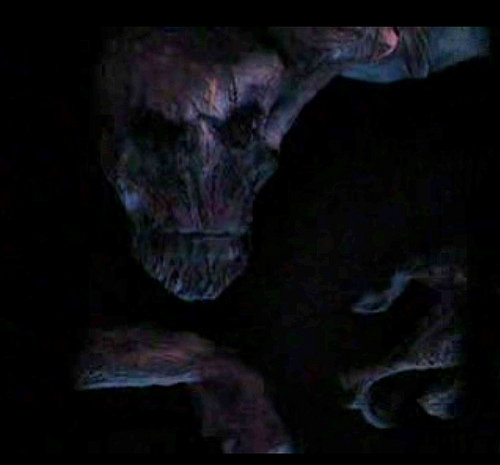 4
Novel about a boy who defends underground creatures, ends up giving them his eye
11
Short story I read - Outsiders enter hedonistic utopian society where citizens live forever by transferring bodies, havoc ensues
5
What is the name of this horror movie with ceiling crawling monsters?
9
Fantasy book: half-human female protagonist, woman-beating antagonist, small grey creatures can become gods if believed in
14
Looking for a short story about a dystopian future where the surface world is perpetually stuck in traffic and the rich live underground
6
2012-2015 Horror movie with crawling creatures
6
Movie like Body Snatchers - with bus and Cielito Lindo
7
Movie called "Predator" or "Predator 5" with Predator-like creatures inside of people
1
Movie with kid crawling on the ceiling