What kind of plant did EVE find?

In WALL•E, EVE found a plant when visiting Earth for a routine check. When reading this question about the plant, it is called a pea plant. However, it does not actually look much like a pea plant, and it got me to thinking.

What kind of plant is it that is found by EVE?

Within the script the plant is simply referred to as ... 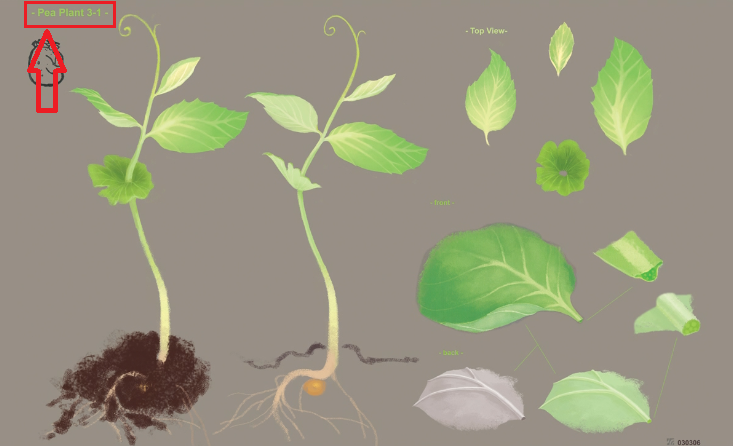 That being said, if the animation at the end of the film is anything to go by, it's actually some kind of mutant pea sapling since peas don't usually grow into trees.

According to 'The Art of WALL•E' the model for EVE's plotline was in fact Noah's Ark, with EVE acting the part of the dove.

"At a meeting, somebody said that EVE should be like the dove in the Noah's Ark story. We thought "that'll work". We rejiggered the story so her job is to bring that plant back to the ship and signal that it's safe to go back to Earth" - Jim Reardon - Head of story/writer

That being the case, the twig was inspired by Genesis 8:11 and would have been an olive branch

And the dove came in to him in the evening; and, lo, in her mouth was an olive leaf pluckt off: so Noah knew that the waters were abated from off the earth.

My guess is that it was intended to be an apple seedling. I regret, however, I have no strong evidence for this - just lots of suggestive hints.

For a start, the sapling looks like a CG apple seedling (but note my edit at the bottom about this): 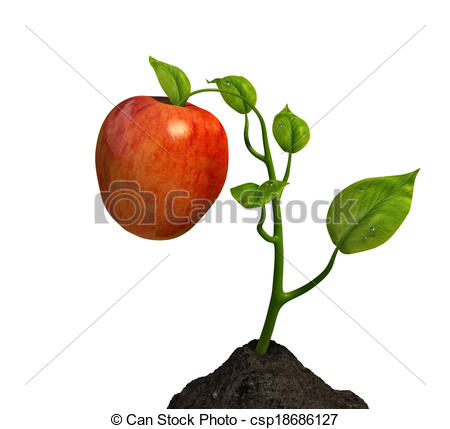 Even the EVE project logo, which I feel is a foreshadowing/echo of the seedling she finds, looks like an apple tree logo. 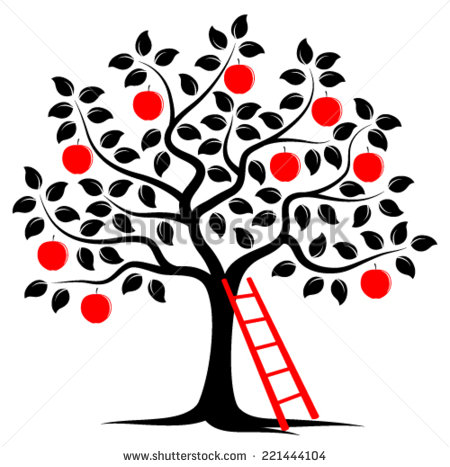 What plant would EVE find, but the apple tree? Metaphorically, it fits: she finds the tree of knowledge that leads humanity away from the Eden of perfect bliss to the deeper life of hardship and knowledge.

But perhaps most significantly, I think, there's another angle. EVE was a love letter to Apple, the company.

Andrew Stanton, Wall•E's director, said "The more I started describing [EVE's design], the more I realized I was pretty much describing the Apple playbook for design." So he called up Steve Jobs, who sent his lead designer, Jonathan Ive, designer of the iMac, iPhone, iPod etc, over to Pixar to consult with Stanton on the prototype. http://www.firstshowing.net/2008/apples-designer-actually-helped-design-wall-es-eve-robot/

Pixar used to be owned by Steve Jobs, until Disney bought it.

The movie features a video iPod (Wall•E watches "Hello Dolly!" on it; the Mac Welcome chime (when Wall•E finishes recharging); Apple mice skitter across the floor; there's a Mac keyboard in Wall•E's truck; the spaceship's computer control speaks with the voice of the early Mac speech synth, "MacinTalk"; and so forth.

[Edit: all the above said, my impression from the movie was that it was some kind of vine - or a beanstalk? A jack-and-the-beanstalk reference, perhaps? @Valorum makes a good point in their answer that this is provably false given the final credits animation shows it to be a tree sapling, and I think also makes a good, script-referenced argument that the plant is deliberately ambiguous. Oh, and the concept art links of a "pea plant" is essentially identical in shape and even angle to the sapling in Wall•E's hands in the screen shot I link to, so I'd argue that is what it was designed as, even if not what it was intended to be.]

My guess is that it's just a "generic" plant, used by the animators to symbolize the natural world.

That said, I count at least three distinct leaf types in the concept art drawing, each coming from a different type of plant, so it might be a hybrid that was genetically engineered to produce multiple products on the same stem (strawberries on this branch, raspberries on that one, etc.).

The bottom leaf looks like a type of Ground Ivy, which is fairly common where I live. I don't know the others off-hand, but this chart should help identify them.

11
Was the pea plant the first plant found in Wall-E?

15
Why does Auto wake up the ship's captain when EVE returns?
11
Was the pea plant the first plant found in Wall-E?
55
Why is EVE heavily armed and trigger-happy?
11
What languages does EVE speak?
7
How did Wall-E keep his memory of Eve when he was rebuilt?
0
Why does EVE try to shoot Billy Bass?