Can Magneto detect magnetic objects without seeing them?

Could someone with a metal bullet hit magneto, when he is not expecting it?

In the movies it looks like he has to concentrate on where the bullets are coming from which makes sense. More metal more control, Less metal less control.

So if Magneto is in a heavy fight and not paying attention could a sniper take him by surprise?

I know his power is magnetism but from wiki and other sources magnetism effects everything, even slightly. I mean even the earth has a magnetic pull so he must be very powerful.

Magneto seems to be able to sense metal in his neighborhood - he could sense iron in prison guard blood or example and his powers work fast enough to stop bullets. Hence it would be safe to assume that he can sense bullet flying in his direction and stop it.

Now, one more thing regarding "magnetism is in everything" - while its technically true, Magneto cannot control diamagnetics - materials that oppose the applied magnetic field. We could see that he wasn't able to control plastic guns or glass/plastic in his prison.

The best example of this I can recall, from the movies, is magneto describing

How he tried to save JFK from being assassinated

But he could only bend the bullets trajectory slightly.

Every other instance the movies I recall is off being shot at from the front.

As for the comics, this panel shows that on analysis his reaction speed is 1.4X that if a normal human. 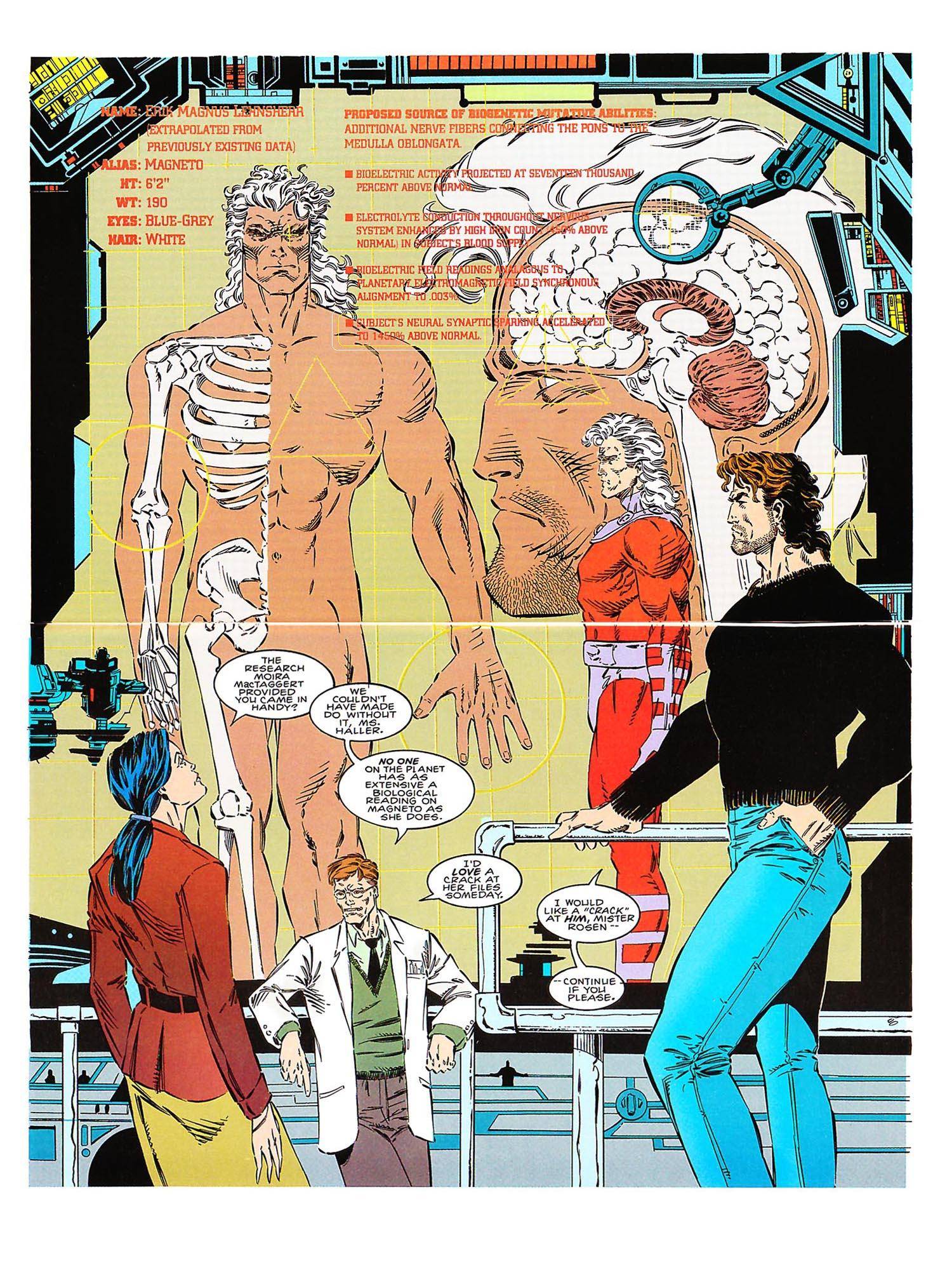 Assuming a human's reaction time is between 0.1-0.2 seconds, with the most reliable numbers coming from here.

Let's assume the range of muzzle velocities is ~600m/s to 1500m/s gleaned from here.

That means there's closest a shooter could be is between 40m (fastest reaction, slowest gun) and 220m (slowest reaction, fastest gun)

So I'd say he had a good chance.

Movie Magneto is significantly underpowered, compared to comics Magneto. If you caught him completely unawares in the midst of something already taxing his concentration or abilities, I think he could be caught by a sniper. He demonstrated in First Class that he has awareness of the movements of metal objects from extreme ranges and that he can intercept bullets fired from as close as 10 feet or so when focused and mentally stable.

Comics Magneto controls the electromagnetic force, and has baseline reaction times that I think were described as at least an order of magnitude greater than ordinary humans. He also controls every other fundamental force, albeit with greater concentration required than with his innate connection to the e/m force. In practice, comics Magneto would essentially have to be drugged and beaten to within an inch of his life after having been sleep deprived for days while simultaneously contending with dozens of heavily armed attackers for someone to get a shot in that he wouldn't detect coming, particularly since comics Magneto can also sense the forces at work in the bodies of his attackers and even identify individuals by their unique energy signatures.

In comic Magneto is able to hold Asteroid M in orbit, while on earth and not being able to see it, so I would imagine yes he can detect objects.

With bullets and stopping them, there is a lot of kinetic energy to overcome there but compared to the asteroid it's absolutely nothing. The problem here is the time he has to react; those bullets are travelling faster than sound and we have not seen his reaction time to be that quick