What Marvel Superhero or Supervillain Has the Most Secret Identity?

Secret identities are an important plot point in many-a-comics, and it's usually a big deal when a superhero's secret identity risks exposure. However, many superheroes reveal their identity to friends or allies - and supervillains frequently deduce it on their own.

My question is, in the Marvel universe - who has done the best job of keeping their identity under wraps?

Bonus points for giving a separate answer for heroes and villains.

Clarification: To qualify, the character must be trying to preserve their secret (i.e. no Iron Man) and the identity has to be current (e.g. no origin stories or forgotten pasts).

Galactus is known throughout the universe as a gargantuan eater of worlds, but his original identity was a humble humanoid named Galan: 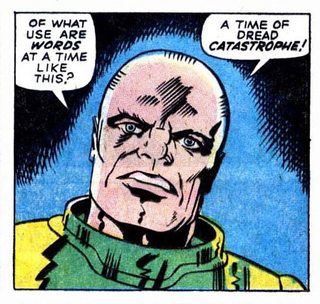 ...native of a planet called Taa, in a universe that existed before Marvel's 616 universe ever came to be. Taa was destroyed as its universe collapsed into a Cosmic Egg, but Galan survived via shenanigans involving cosmic rays, and he was reborn into the new (616) universe that was created when the Cosmic Egg exploded in a Big Bang.

The Watcher Ecce was there to observe the birth of the being who would come to be known as Galactus, who briefly existed as Galan in his previous body, before the cosmic power consumed him entirely: 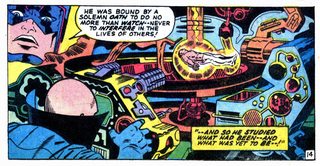 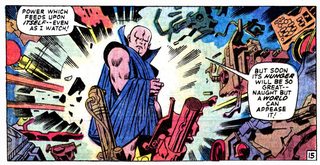 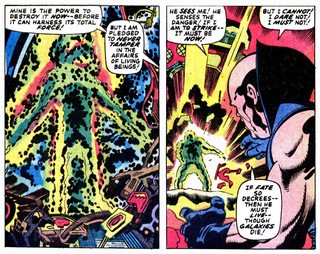 Much later, Galactus showed Thor the events of his birth, including the end of his life in the previous universe. These events are all covered in Thor #168-169, and the origin story itself was reprinted as Super-Villain Classics #1 - Galactus: The Origin (including some changes to the script, such as stating the name Galan, and changing "radiation" to "cosmic rays").

In Fantastic Four #262, Odin told Galan's story at Reed Richards' trial,to an audience including the Fantastic Four, the Watcher Uatu, Shi'ar Empress Lilandra, the Gladiator, John Byrne, and a jury composed of representatives of alien races who were affected by Galactus.

Galactus is surely known as the destroyer of worlds to many trillions of individuals throughout the universe. However, he is known as Galan only to Thor, Odin, at least two Watchers, the Fantastic Four, and the others present at Reed's trial, who could perhaps number in the hundreds or thousands, depending how many victims of Galactus were represented. While that is quite a number of people who now know about Galan and his dead universe, it pales in comparison to Galactus's fame, as there is surely no one else in the universe who is known as widely as Galactus.

Robert Hunter is almost certainly known worldwide as Nitro, the supervillain responsible for the Stamford Incident, which precipitated the (superhero) Civil War.

He should have a very high ratio of people who only know him as Nitro, rather than his real identity.

Arguably Thor, depending on whether or not you believe that Dr. Donald Blake is actually a real person (and an individual being), with a real history and genealogy with a mother and a father, or just a figment of Odin's imagination, created out of whole cloth as an adult to serve as a mortal prison cage for Thor's essence - the writers tend to go back and forth on that question, before deciding that it probably doesn't matter.

(JMS definitely comes down hard on the "Yes, he is a real person, or at least he is now, which is what counts" side of the equation, but the consensus amongst writers seems to be "No, Odin just made him up, he's not a real person, and he's pretty boring anyway, so who cares?", which I think is probably the case).

It all gets very complicated with Thor's street face, especially when there are later on multiple other "hosts" for Thor (who a certainly real people), and multiple hammers being wielded by different claimants to "The Power of THOR" (which may be something else entirely) concurrently, but taken in isolation with the Don Blake version (which Marvel Studios and the Ultimate Universe both, wisely, decided to go with), you can argue either that Thor simply doesn't have (or need) a secret identity, or that his is so well protected and mystically cloaked from view, no-one even knows he has one, or has thought to look for one.

Nick Fury, of course, knows exactly who he really is.

Without having to be told.

Because Nick Fury knows everything.

This answer is inspired by recognizer's answer of Galactus.

Apparently his answer is disqualified because Galactus no longer goes by his original name anymore.

So I propose that Silver Surfer is a close second, for the reasons outlined by recognizer: trillions of people know (er, knew) Silver Surfer as the Herald of Galactus, but only a few people know him as Norrin Radd.

You might say that Silver Surfer is disqualified for the same reasons as Galactus, but in his most recent incarnation, he does indeed go by Norrin Radd.

Here is a scan from the most recent issue: 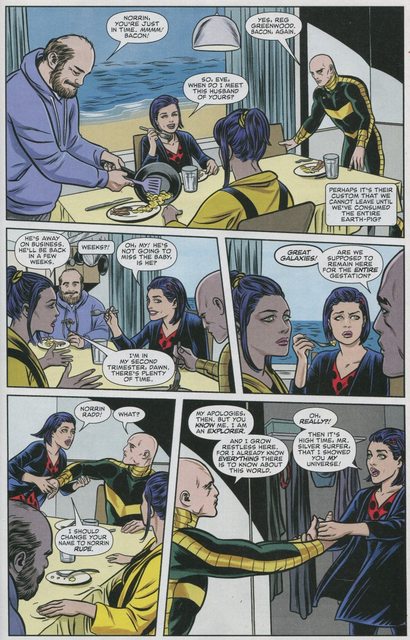 Silver Surfer has a new companion named Dawn Greenwood, and her family knows him as both Silver Surfer and Norrin Radd. Compare that to the trillions of people who only knew him as the Herald of Galactus. 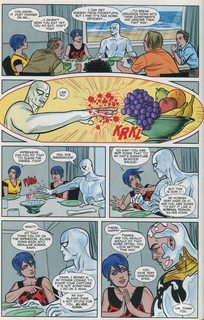 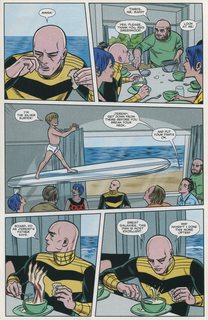 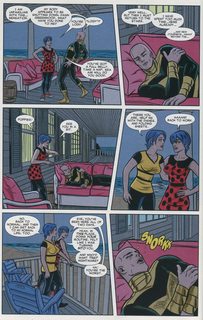 Edit: The most recent issue (June 2016) causes everybody on Earth to know Silver Surfer as Norrin Radd, so my answer might no longer be correct.

hank pym ant-man he has had 6 secret identities including goliath,giant-man,yellow jacket, smartest man in the universe, the wasp. he is the best ant-man and has the most secret identities and is a founding avenger there for making him the best

Unlike DC, The issue among Marvel heroes, secret identities are less an important factor. - Iron Man's identity was largely secret til the "Civil War" - Captain America was a public icon - Thor was ...........Thor. - Black Panther is a sovereign head of state - Captain Marvel (Danvers) is military - Fantastic Four were public from day one Spider-Man's identity is secret, but the number of people aware of it.....substantial. Daredevil; his identity integrity is a risky circumstance in many issues What hero has the most well kept secret identity....... Ironically Thor. As "Donald Blake" he maintained a medical practice and even medically treated various other supers without them knowing he was the Prince of Thunder. As Eric Masterson, he was paranoid about revealing to the Avengers that he “wasn’t the original Thor”

Not the answer you're looking for? Browse other questions tagged marvel secret-identity or ask your own question.

20
Which individual Superhero role has been portrayed by the highest number of individuals?
9
Has any Marvel superhero crossed into the Star Wars universe
5
How many people know Flash's secret identity?
75
Why have most Superhero movies ditched the "Secret Identity"?
6
How can keeping one's secret identity from a friend or beloved actually help protecting her or him?
13
Who was the first Hero to reveal his secret Identity to the public?
7
How did Spider-Man regain his secret identity after Civil War?
14
How does the *in-universe* Marvel Comics handle sensitive information like secret identities?