Ezra's lightsaber (pictued below) features a gun attachment that can be single-handedly fired while the lightsaber is activated. The energy bolt cannot be deflected back at the firer.

Regarding the lightsaber his Jedi Master, Kanan, flippantly said "Well, it's…different, but that seems about right for you. Come on" (Star Wars Rebels: Path of the Jedi)

I believe that he has overlooked the greatest advancement in lightsaber technology in millenia. Should the opponent be forced to block the blade with his own lightsaber, the gun becomes nigh impossible to evade.

Here are some pictures to illustrate my point (complete with bad drawings and sound effects):

Exhibit: How Ezra's lightsaber could have saved the Old Republic

Exhibit A: It could have saved Mace Windu 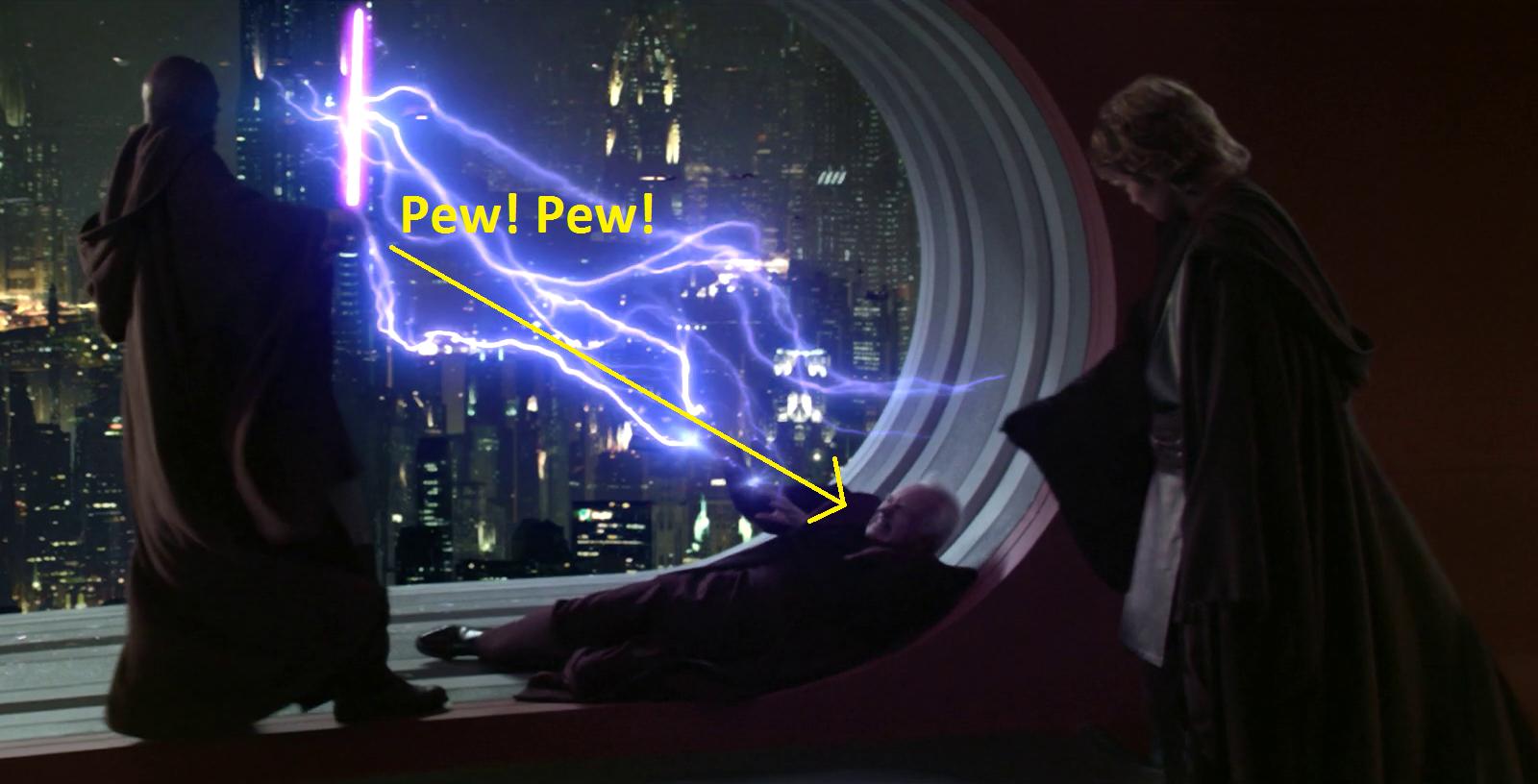 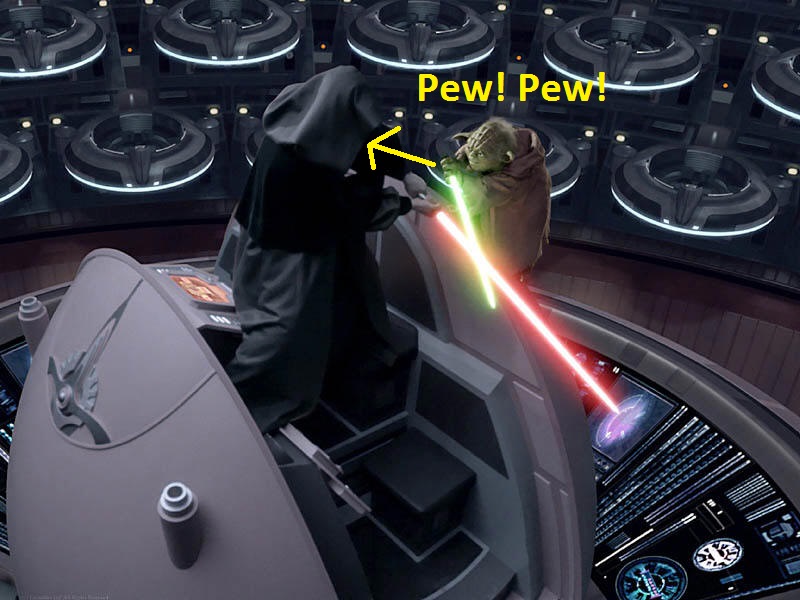 No. According to Star Wars Insider #154, you need to disengage the blade in order for the battery pack to power the blaster. Your lightsaber duel would last about four seconds and then you'd get your hands cut off. 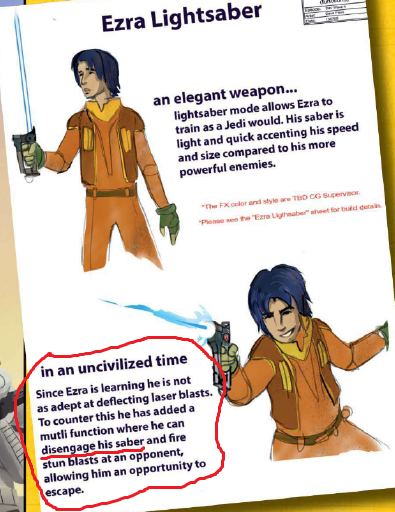 If anything, Ezra's revolutionary design would make it more likely that you'd get killed in record time which is why this style of fighting is known as Form 8; Dumbasso

There is a major difference between Ezra's lightsaber and your idea. Like Richard stated, Ezra's weapon cannot draw the blade and fire simultaneously.

Ezra's lightsaber was able to significantly influence the tactical circumstances of battle, however. In the finale to Season 1, Kanan borrowed Ezra's lightsaber to fight with the Grand Inquisitor. Kanan had the sense to mix shooting and swordfighting, which was enough to surprise the Grand Inquisitor and grant a measure of tactical advantage. Ezra's reaction to Kanan's strategy was simply one of surprise and "why didn't I think of that?"

Ezra never intended for his lightsaber to do both at the same time. It just didn't come to mind. When he built his lightsaber, what drove his design decisions is the need to not get caught by Imperial spot checks. Therefore, he had the illegal lightsaber doubled as a legal stun pistol to evade detection, and to ensure he is not helpless in battle when revealing his Jedi identity is not an option.

The idea of shooting during swordfighting, however, is a very good one nonetheless (though Ezra can't claim most of the credit):

Basically, it seems the theory is sound that a lightsaber that can swordfight and shoot simultaneously is feasible. That said, the question then comes down to: If a lightsaber's shot is incapable of killing, then would a stun blast be significant against a Sith Lord, a master of pain? A comic I chanced upon a month back showed a pre-Phantom Menace Darth Maul being attacked by a Nightsister with Force Lightning - and the Nightsister implying that only the Sith Lords can endure and resist such an attack.

I don't think it would make much of a difference. Especially if it became widespread and it wasn't a surprise. Look at that picture of Windu. He is using the force to catch a lightning storm with his blade. What do you think would happen if there was a couple blaster bolts added into that malestrom?

Judging by what happens when Vader get shot in ESB, Not too much.

It would just be something they'd have to adapt to.

Not the answer you're looking for? Browse other questions tagged star-wars weapon lightsaber star-wars-rebels or ask your own question.

15
What advantages/disadvantages does a Darksaber have over a lightsaber?
3
Lightsaber canon reference
3
Can a lightsaber block a disruptor rifle bolt?
8
Are actual lightsaber crossguards effective?
0
Ezra's Force Abilities and “Animals”
7
Why do Jedi practice lightsaber dueling, and not blaster fire deflection techniques?
14
Is it possible to construct a multi-colored double-bladed lightsaber?
2
What are noblemen’s dueling canes for?