Has anybody else escaped from Davy Jones's Locker before Captain Jack Sparrow?

We know that the only person known to have escaped Davy Jones's Locker is Captain Jack Sparrow. However as Sao Feng's map does give directions to World's End and an exit route from the Locker, it can be assumed that there must have been previous escape/s from the Locker.

Is there any reference or leads towards anybody else have been escaped from Davy Jones's Locker before Captain Jack Sparrow?

The four explorers of the Dark Dynasty (and possibly Wu Ling)

According to Pirates of the Caribbean: On Stranger Tides — The Visual Guide, Sao Feng's map is the Mao Kun Map, constructed by "four explorers" sent out during the "time of the Dark Dynasty" to locate spiritual realms and "legends of the land beyond death", including

The map eventually found its way into Sao Feng's hands. Some more detail is found in a certificate accompanying a version of the map that was sold in promotion for the theatrical release of At World's End: 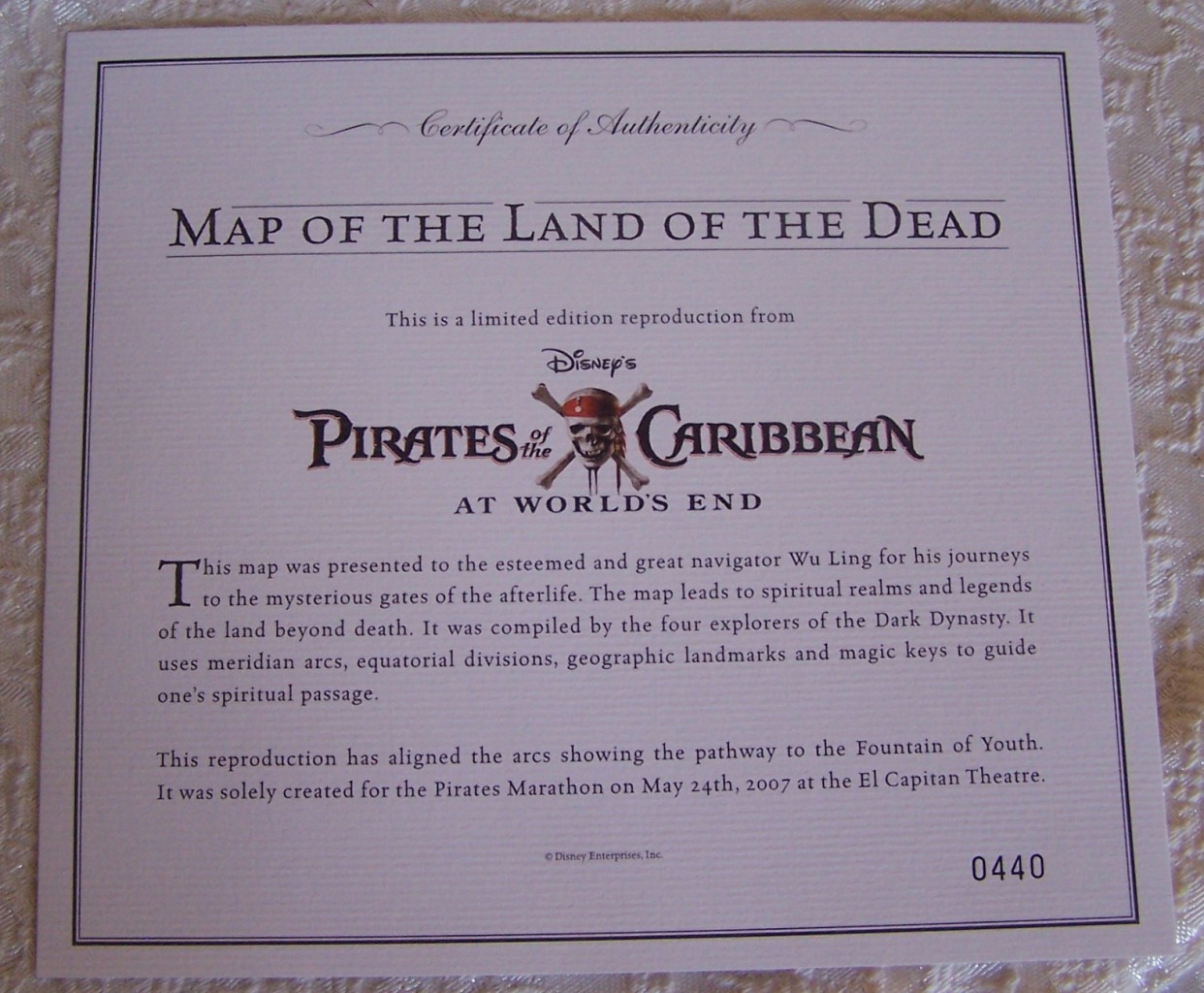 This certificate claims that, between the four explorers and Sao Feng, the map had also belonged to Wu Ling, who made

journeys to the mysterious gates of the afterlife.

Since the four explorers actually mapped Davy Jones' locker, they had clearly been there and subsequently exited it. The description for Wu Ling is less certain, as it is does not indicate which "gates" he visited.

An incursion in and out of Davy Jones' locker had been made by four unnamed Chinese explorers, during expeditions at the time of the Dark Dynasty. Additionally, Wu Ling, a Chinese navigator before the time of Sao Feng, had possibly entered and exited the locker.

The Mao Kun Map of Pirates is a reference to the actual Mao Kun Map commissioned by the Ming Dynasty, which was the result of navigator Zheng He's expeditions to far-off lands.

Not the answer you're looking for? Browse other questions tagged pirates-of-the-caribbean on-stranger-tides or ask your own question.