What major real-earth historical events had a different outcome because of Marvel Supers?

I am interested to know if any past event (let’s only consider Earth's timeline up to World War II, for the sake of brevity — the events from WWII to the present are well-covered in the comics).

We know some Marvel super-beings’ origins are rooted in Earth's past (some of them had secondary characters like sidekicks and allies I won't mention, i.e. Bucky):

(If I got wrong any of the above, please correct me).

Was any past event in the Marvel Universe radically different from Real Earth®™?

Speaking of World War II, one major difference would be that the original Human Torch killed Hitler instead of Hitler committing suicide: 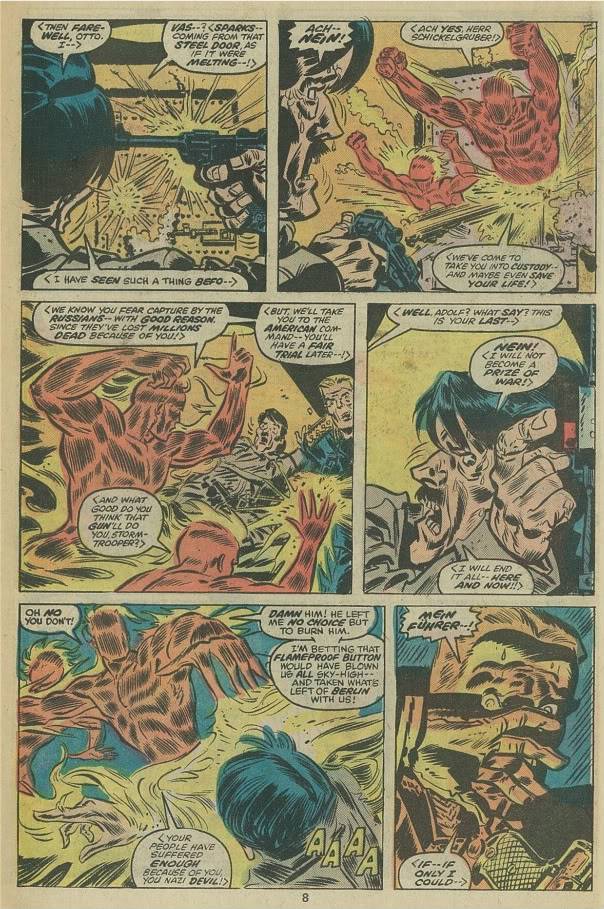 He is cloned and later fights the Fantastic Four:

The Spanish Inquisition, the colony at Roanoke have outcomes and causes that are different due to the existence of mutants/super heroes in the comic 'Marvel:1607' However, this is an alternate universe, and not directly the 'main' marvel universe.

There could be some historical moments in the American Civil War that was adjusted by the presence of Wolverine, if "X-Men Origins:Wolverine" is to be believed.

Not the answer you're looking for? Browse other questions tagged marvel history alternate-history or ask your own question.

12
What are the major differences between Frank Miller's 300 and the historical event it was based on?