I'm remembering a comic from probably the early 1980s (USA, English) with its own characters (so no Superman, Fantastic Four, etc.) set several hundred years in the future where humans have settled the solar system, but haven't left it (I'm pretty sure they hadn't yet).

Someone figures out that the Sun is going to go Nova/Explode, and that no one has the time or resources to evacuate everyone. They secretly build a spaceship (maybe with a new type of engine?) and assemble a crew to escape the solar system. They may have mentioned taking genetic material to help colonize whatever planet they find.

The ship is powered by an AI who can use a variety of personality templates to communicate with the crew, so it can appear old, young, man, woman as directed by the crew or selected at random(?). It may have even introduced itself with something like, "Your personality of the day..."

I remember maybe three issues, covering the set-up, the escape and maybe some adventure in space. I don't know if there were any other issues.

I've tried this site, TV Tropes, Wikipedia and Google searches, but have found nothing so far. Does anyone out there remember this (maybe very obscure) comic? 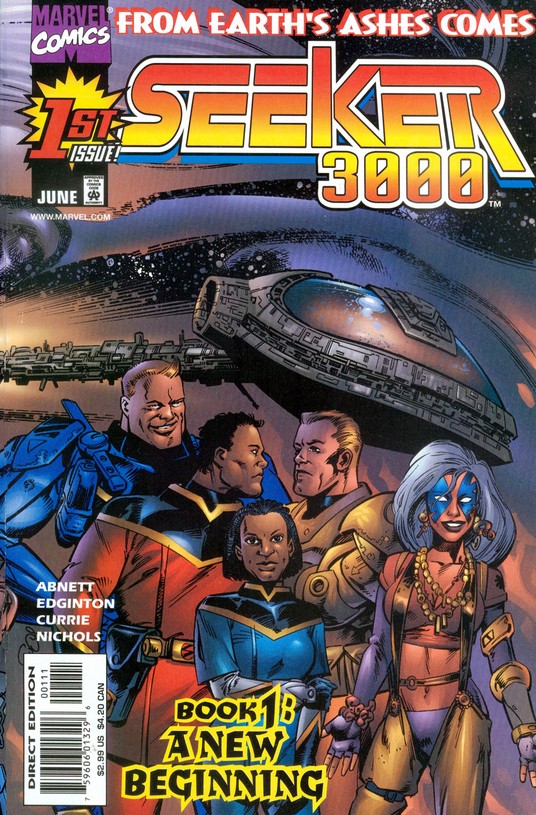 17
what sci-fi story features an experimental FTL drive which triggers destination (and origin) sun to go nova?
8
Older novel - Boy can operate alien machines, saves the planet
24
SCIFI Series. Humans can do point to point interstellar jumps but a supernova kills network
8
Horror comic about a vampire in space on a (possible) generation ship
3
Sci-fi anime set in space with a spaceship on the run from bad guys
18
Story with three-eyed aliens who visit shortly before the Sun is going to go nova