Was this scene of discovery of the Batcave from the comics?

In Batman Begins, a young Bruce Wayne discovers that there is a huge cave under the Wayne Manor, by accidentally falling into it through a well. When falling, a colony of bats fly away. When Bruce decides to become a vigilante, and to bring fear in the heart of criminals, he naturally chooses his childhood fear as his symbol and costume.

I thought that it was just a clever idea of Christopher Nolan to introduce the background of the character. But (very mild spoiler for Batman V Superman)

in Batman V Superman, the short origin story of Batman has exactly the same scene.

Is this scene from the comics? Is it as iconic as the murder of Bruce's parents? (or, in another universe, as the death of someone's uncle Ben?)

PS: I am not sure the spoiler is really one. Better safe than sorry. I didn't include the batman-v-superman tag to avoid spoiler too.

As @Valorum mentioned, a somewhat similar version of the Batcave's discovery was shown in the original comics.

However, I believe the scene in question from Batman V. Superman is a reference to The Dark Knight Returns. 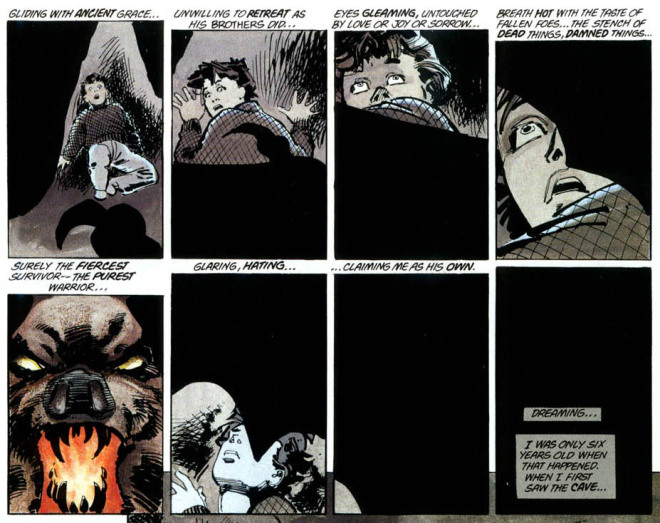 The Dark Knight Returns version features young Bruce Wayne falling into a hole, weird bat stuff and the revelation that it's only a dream, just like in Dawn of Justice.

Zack Snydar has previously stated that the film was inspired by The Dark Knight Returns and there are several other references and easter eggs.

In Detective Comics #205 from 1954; "The Origin of the Batcave", we learn that Bruce discovered it by accident, by falling through a hole in his barn floor.

Note that at this point, he'd already decided to become a masked vigilante (patterned on the bat) so the discovery of the Batcave played no part in his own origin story. It was only much later on that his having a fear of bats was introduced. 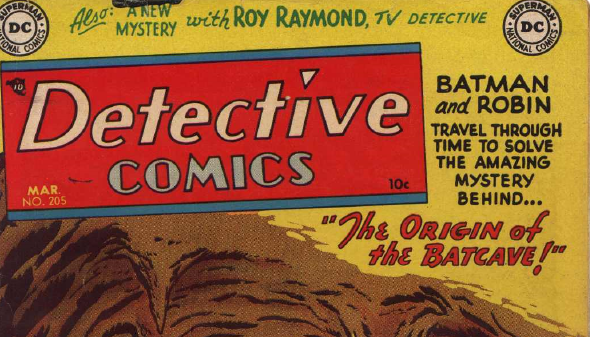 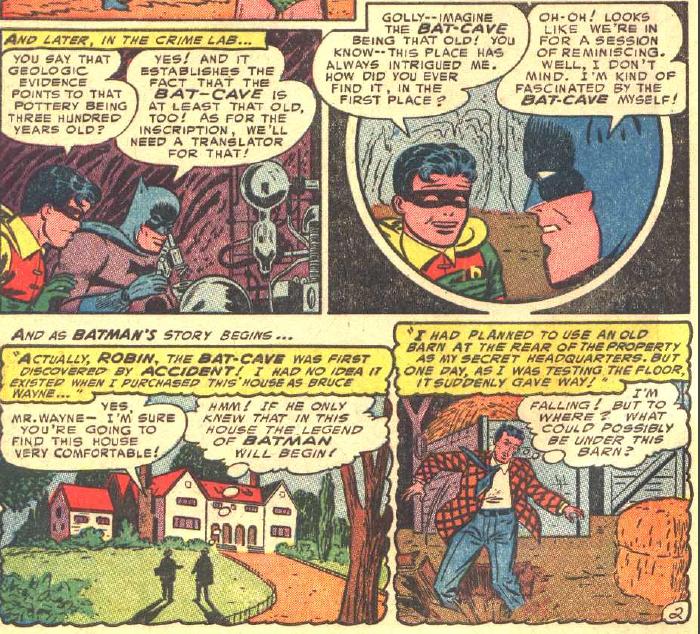 9
Why are Batman’s cape and cowl blue?