Star Wars has seven movies and the Clone Wars TV show as its main canon. Then there's Legends, which are a collection of stories that are not canonical.

In The Force Awakens, Rey claims she believed the Force was just a legend (a.k.a children's tales).

This raises the question: is what (as viewers) is considered to be Star Wars Legends, legends (or tales, family stories, etc) within the Star Wars Universe?

In other words, whether it did happen in canon or not, are the Legends in Star Wars Legends actual legends in-universe (i.e: stories that are passed down and no one knows how true they are)?

First of all, Disney called "Legends" a "banner" when Legends was introduced:

Disney did not say that "Legends" was a collection of small "l" legends within the Star Wars universe. It's just the name of a banner that Disney has added to old Expanded Universe material to indicate that it is non-canon, e.g.: 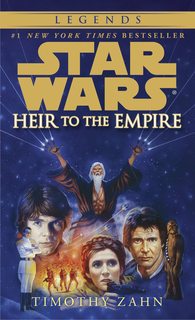 Furthermore, let's consider a definition of the word legend:

a nonhistorical or unverifiable story handed down by tradition from earlier times and popularly accepted as historical.

Many Legends stories do not meet this definition. For example:

It is possible for some Legends stories to be considered in-universe legends. For example, the exploits of the Sith Emperor introduced in Star Wars: The Old Republic could be considered a legend in-universe if canon characters were in fact aware of stories about him. He ruled thousands of years before the events of the films (making it difficult, in-universe, to verify them), and he could be the basis for Palpatine's statement in Episode III that "once more the Sith will rule the galaxy".

In general, however, capital "L" Legends stories cannot be considered in-universe small "l" legends because they just don't fit the definition of a small "l" legend. Moreover, I'm not aware of any reference to a specific Legends story in canon (e.g. a mention of the Yuuzhan Vong War). Even Palpatine's statement about the Sith ruling the galaxy before can't be tied to the aforementioned Sith Emperor character. Characters don't seem to be aware of Legends stories.

No. There are legends (note the small l) that evidently exist within the Star Wars universe, such as the Tragedy of Darth Plageuis the Wise, the fabled history of the Jedi, passed down by the Church of the Force and the story of how Han Solo made the Kessel Run in less than 14 parsecs.

On the other hand there are Legends (note the capital L) that are an out-of-universe designation for any stories, books, games, TV series and feature films that are no longer part of the main canon.

It doesn't follow that anything that is a Legend is a legend within the Star Wars universe.

31
What is the singular source of Star Wars canonization?

13
Will Disney Allow New Star Wars Legends Books?
5
How aware were the makers of The Force Awakens of Legends/EU Canon?
18
What Legends material did The Force Awakens explicitly contradict?
11
Are there any online projects, groups, etc. trying to continue the “Star Wars Legends” timeline?
26
Have we ever seen an untrained Force-sensitive using Force powers?
10
Did anyone at LucasFilm acknowledge specific cases of borrowing from EU/Legends?
10
Are the stories in “From A Certain Point of View” considered canon?