Which Lex is this?

I saw Batman vs. Superman over the weekend, and it was great, but not perfect. In my opinion, the biggest problem was that they sort of glossed over a lot of plot and story elements. For example, Lex's backstory is completely missing.

In fact, my least favorite part of the movie was Lex, but I'm hoping there's a reasonable explanation for his role. The performance, the writing, the story, it all seemed wrong. It seemed more like the Joker than the Lex Luthor that I'm familiar with.

I'm more familiar with Superman and related characters from movies and TV shows such as Smallville and the DCAU, although I've read some of the comics. In particular, I read the Death of Superman story arc as it came out. I recall that the Lex Luthor in that story was some kind of clone with transplanted memories or something.

Is that the case here? Is this actually Lex Luthor, actually his child, or something else?

If this Lex is some kind of clone, then that might explain his apparent mental issues. For example, he appears to break down during his bibliophile speech, and his plan to stop Superman by creating a bigger monster seems completely irrational. 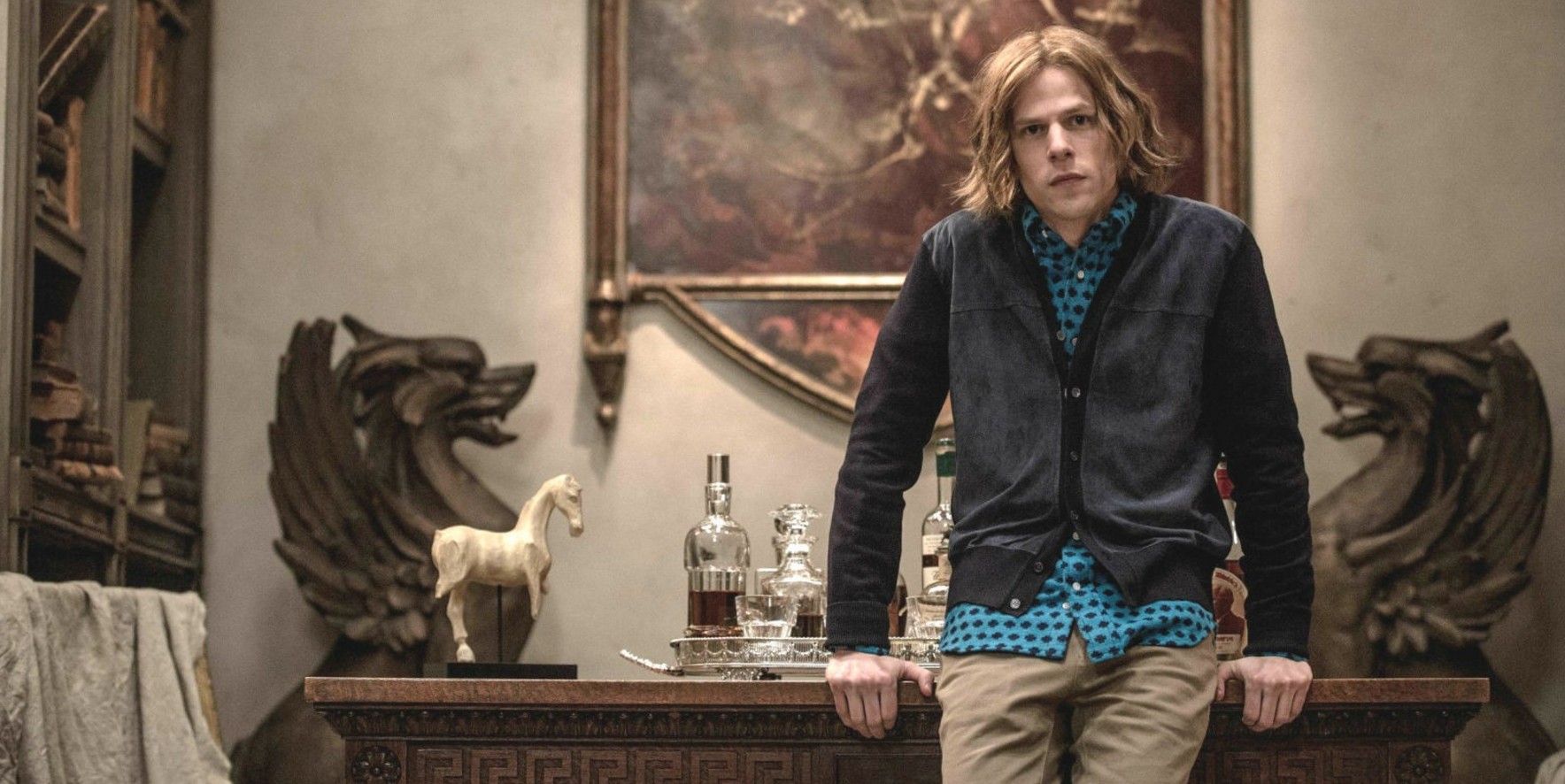 Unfortunately, we don't get to know much about Luthor's past beyond the facts he stated: His father left him the business as part of his legacy. The nature of Snyder's DC Universe hints at any number of potential subplots and call-backs to potential stories that have existed in the DC Universe.

In the main DC Universe, Lex Luthor is rarely seen to have offspring. He has, however had extensive cloning facilities used to during the Man of Steel run in the 1990's to clone himself a new body after getting cancer from kryptonite radiation poisoning.

However, the idea that Lex Luthor we see in Batman v. Superman is a clone cannot be substantiated or compared to the story in the Man of Steel comics saga where Luthor contracts cancer from wearing a Kryptonite ring and thus clones a body and transfers his consciousness. [Action Comics, #670] (But I wonder if the scene where he shown standing next to a picture is a call back to Luthor II from Action #670, image below.)

Luthor eventually suffers from severe cancer brought on by long-term radiation exposure to the ring before this, kryptonite was mistakenly assumed to produce a safe radiation that is harmless to humans. His hand requires amputation to prevent the cancer's spread, but by then it has already metastasized, and his condition is terminal.

Luthor decides to fake his own death by piloting a prototype jet on a proposed trip around the world and crashing it in the Andes; this is merely a cover for the removal of his brain from his cancer-ridden body and the growth of a cloned body around it, whereupon he passes himself off as his hitherto unknown, illegitimate 21-year-old son and heir, Lex Luthor II. His deception is benefited by a vibrant new body with a beard and full head of red hair, as well as assuming an Australian accent as part of his fake backstory. 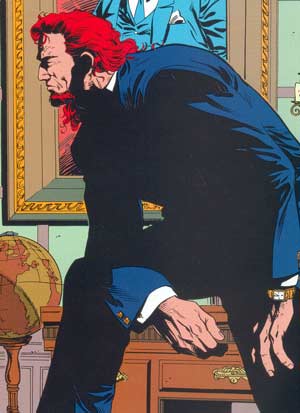 Since Snyder's Luthor did not wear a Kryptonite ring, and until 18 months ago didn't know about the existence of Superman, we have to attribute his eccentricities to other issues. Given that people were surprised by the strange nature of his "speech" at the philanthropic event, we can assume they were as surprised by his difficulties.

It has been hinted during Batman v. Superman that Lex Luthor is dealing with an extraterrestrial intelligence who may be using a form of mind control or mental domination to force him to comply with the entity's wishes. A recently released scene shows Luthor in the presence of a giant alien entity onboard the Kryptonian ship as he is being captured by the authorities. This potential interaction by alien intelligences is bolstered by the dreams Batman had of a future catastrophic Earth complete with the existence of demonic forces.

This entity is probably Darkseid using the mental powers or mind control technology of his lieutenant, Desaad. The Bat-dreams were complete with parademons, Darkseid's most recognizable shock-troops.

Given how erratic Synder's Luthor seemed, it is hard to imagine this sputtering, slightly crazed eccentric could have possibly been able to lead his company in this state. Considering his ranting at the end of the movie, it is apparent Luthor has become unhinged and signs of mind control are evident to Batman.

The current existing evidence is that he's Lex Luthor's son: Alexander Luthor, Jr. As seen in the article here. Also, he has the line in the movie "It's my father's company, he put the 'Lex' before 'Corp'".

It is also worth noting that Snyder may be taking artistic license, and this may actually be the Lex Luthor we are all accustomed to.

29
What happened in Justice League Unlimited final episode?
15
Have Lex Luthor and the Riddler ever tested their intellects against each other?
11
Who are these classic DC characters?
22
How does Lex Luthor know Superman's identity?
33
Why does Lex want to discredit Superman?
13
Who is Lex Luthor referring to at the end of Batman vs Superman?
5
First time(s) other superheroes acknowledge Superman as morally superior to themselves?
3
Justice League comic where the Arkham Asylum gate is locked with a Kryptonite chain
12
Is there any indication that 2022's "The Batman" and 2019's "Joker" are in the same world?