What is that thing in the liquid?

In Batman v Superman, in the part of the crashed Kryptonian ship where

There seems to be a living thing swimming around in the liquid that Lex is standing in. Is that thing alive, or is it part of the Kryptonian ship like that other unit which follows Lex around? If neither of those are true then, what is it?

It's a Kryptonian bot

Unfortunately, it's too early to provide a screenshot or script direction, but I've made a careful note of the scenes involving General Zod's body and the birth of Doomsday within the Kryptonian ship.

Ignoring the Kryptonian hover-bot floating above the liquid that Zod is lowered into, and also ignoring the various cables / tentacles that descend from the ceiling of the chamber that seem to wrap around Zod's body, I can confirm that there is something swimming in the liquid.

It's quite clearly another Kryptonian bot, oriented horizontally rather than vertically. The length and width are identical to that of the hover-bot and it has an identically-shaped upper half as the hover-bot. But its lower half consists of approximately eight appendages that permit it to flagellate through the liquid. (The flagellation gives it an impression of being alive.) 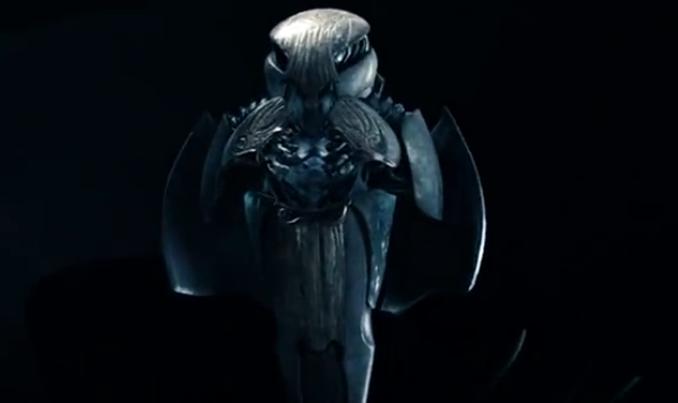 ^ Has the same top half as this but a different bottom half...

NOTE: This is un update of a previous answer. The original answer was written after a single viewing of BvS. I've updated it more conclusively after a second viewing. (Some might question the wisdom of seeing it twice, but what's done is done.)

On the Scout Ship, General Zod activates the ship's Genesis Chamber which activates the Aquabots into action, as they begin to maintain and treat the precious embryos inside. However, they were most likely all damaged beyond repair when Kal-El destroyed the chamber with his heat vision.

Aquabots survived the crashed Scout Scout ship, moving around inside the crashed Genesis Chamber whilst Alexander Luthor, Jr. placed the dead body of Zod into the Chamber's waters along with his own blood, to create Doomsday."

Not the answer you're looking for? Browse other questions tagged dc aliens dc-extended-universe batman-v-superman-dawn-of-justice lex-luthor or ask your own question.

15
Why has Superman allowed humans to control the Kryptonian ship, Zod's body, and the World Engine wreckage?
6
What are the charges against Superman?
11
What is the origin of the name Lexcorp?
13
Who is Lex Luthor referring to at the end of Batman vs Superman?
7
What and with what was Luthor doing in the ship at the end of the movie?
9
How does Batman know that this character is Kryptonian?
2
Why bother setting up lights that look green?