How do we know these are parademons?

In Batman v. Superman, Bruce Wayne has a crazy dream sequence out in the desert where he fights a bunch of soldiers. There are flying bat-like monsters in the dream.

I've seen a number of questions and answers here that refer to these as parademons as if that were obvious. Although I know who Darkseid is from TV shows, I've never read a comic involving him, and didn't know what parademons were when I saw the movie. To me, they looked like some crazy bat-monsters that made sense in Bruce's dream as some kind of psychological response to the guilt he's likely feeling due to all the recent violence. In other words, I interpreted it as Batman feeling like a monster, so his dream had bat monsters in it.

After seeing the reference to parademons on this site, I looked them up. The Wikipedia article has pictures that look nothing like the creatures in the movie. I did a Google image search for parademon, and I get a bunch of green-and-yellow-wearing humanoids with apparently mechanical wings.

How do we know these are parademons? Is their appearance similar to the appearance of parademons in any particular comic or other medium?

The hint that these creatures are parademons lies not just in the Knightmare Batman clip where they appear but in all of the other information given throughout the movie. 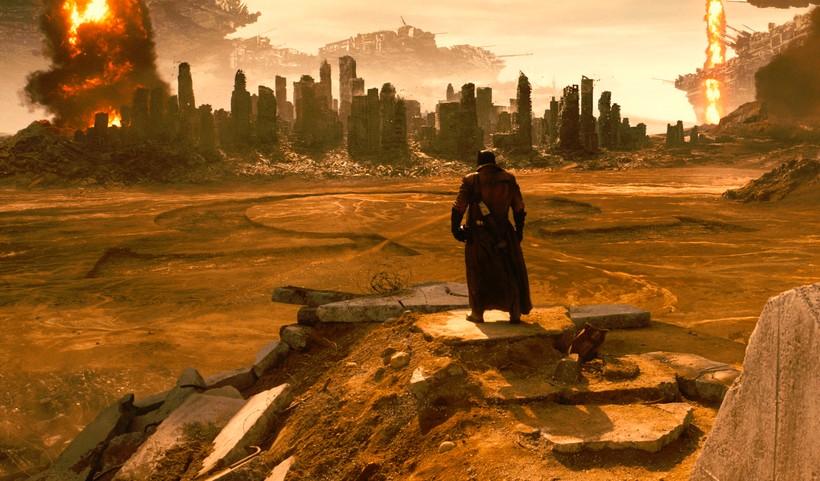 This dream sequence hints at the eventual existence of Darkseid, but does not confirm it until the parademons are seen as a supporting military force. However, the giant Omega symbol on the ground is a trademark symbol of Darkseid, so much so, his signature power is called the Omega-beam. Modern depictions of the character have included the symbol on his armor.

The appearance of parademons varies widely, even their creator (Jack Kirby) was not consistent with their appearance. Overall, they are monstrous humanoids capable of flight, either using technology or in some versions via mutation. The flying part was the most important aspect since they were Darkseid's first shock-troop to open any battle. Armed with ranged weapons, terrifying speed and a degree of superhuman strength, they were the first enforcement Darkseid would drop to pacify an enemy force. Their swarming patterns, the picking up and carrying away of troops as well as their fast attack style is reminiscent of their appearances in the DC Universe. There are very few other known characters with this signature appearance. With the Omega symbol and their sudden appearance, it was a strong indicator of their existence. 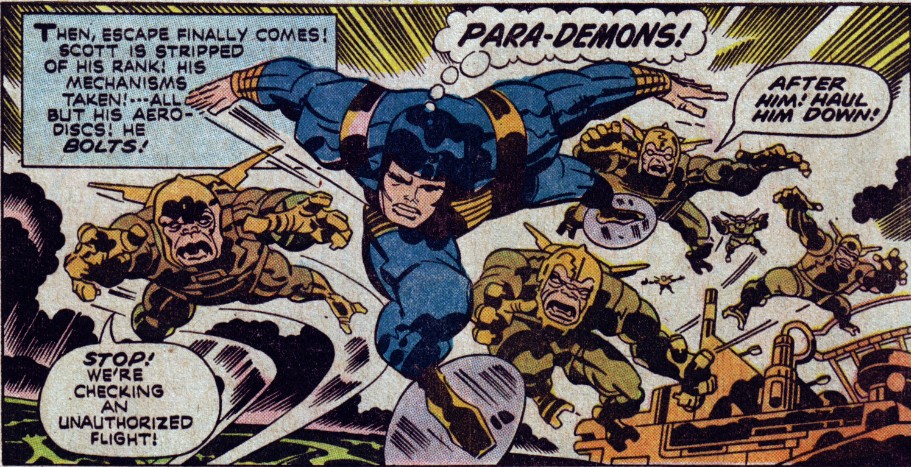 Scott Free attempting to escape parademons as envisioned by their creator, Jack Kirby.

When parademons were not acting as shock-troops they would also be employed as jailers or hounds tracking citizens of Apokolips who broke rules, committed crimes or tried to escape the planetwide surveillance of Apokolips. They would be provided as support troops for ground operatives backing up those troops with uncompromising air power.

Parademons will only obey strong leaders and rarely have moral problems as long as their leaders are visibly kicking butt. Should their leaders lose or they find themselves taking casualties, they have been known to abandon such leadership and escape via Boom Tube. 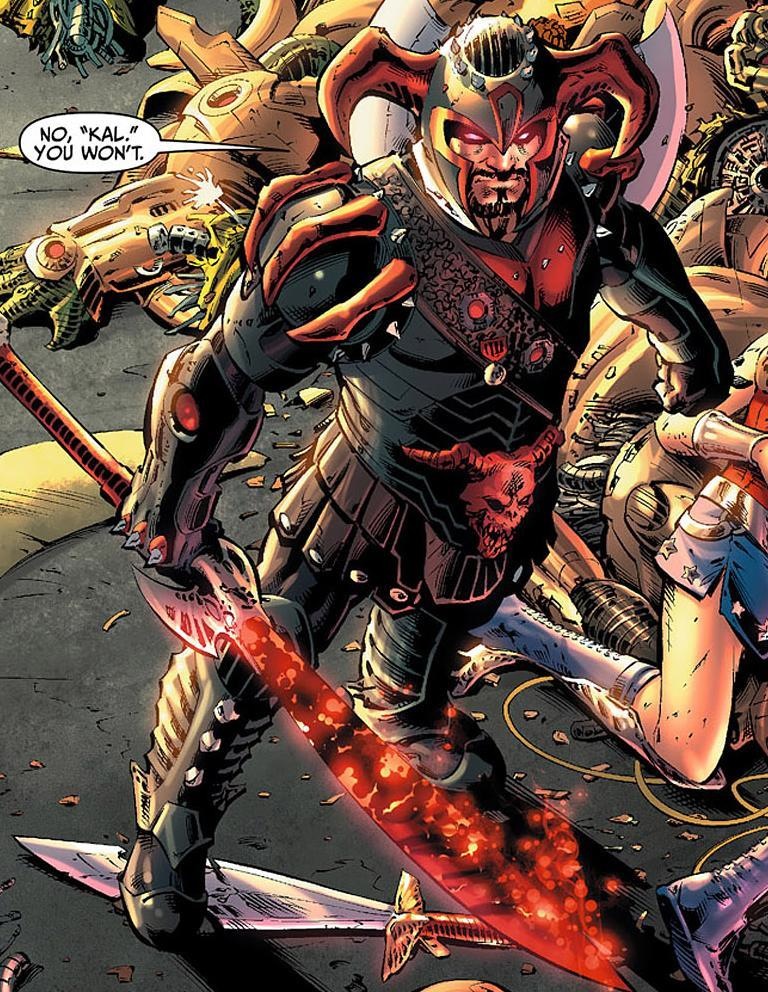 Steppenwolf, one of Darkseid's major generals in the New 52 reboot.

They would often be lead by a leader whose power would be the equal of any member of the Justice League. Beings such as Kalibak or Steppenwolf, whose fighting capacity equals or exceeds that of Superman or Wonder Woman, would make this invasion force almost unbeatable.

Batman v. Superman has made enough of an effort to hint at the existence of Darkseid, both through the dialogue ("The dinner bell has been rung, he is coming...") as well as through their visuals (released in the movie during the dream sequence as well as in later unreleased footage) showing a being likely to be Steppenwolf or some other clearly alien being in possession of what would appear to be Mother or Father Boxes.

Parademons are shocktroopers for the villain Darkseid.

Now that I'm aware of the concept of a parademon, and have some idea what they look like in the comics, I've been going back and looking at screen caps of that dream sequence for comparison.

Now that I know what I'm looking for, they look less like bats, and more like insectoid parademons. Look at these pictures for comparison.

Note the goggles, the shape of the wings, and the armor. Also note the flying posture and the swarming. 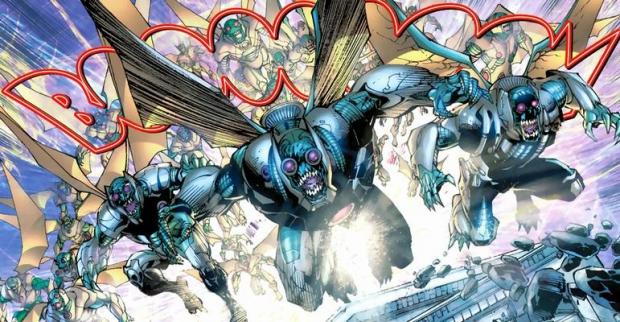 From this close-up, you can see the resemblance. 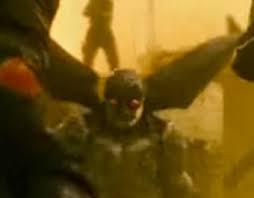 From this wide shot, you can see they are swarming and flying similarly. 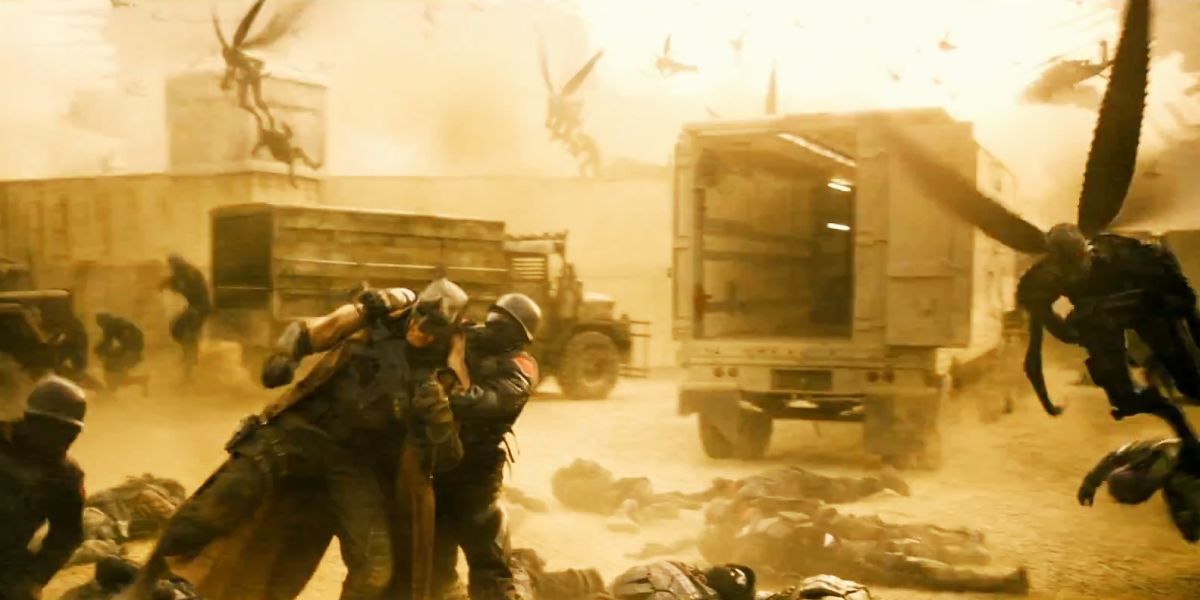 This close resemblance, combined with other clues related to Darkseid in the movie, such as the presence of a mother box, makes it safe to conclude that these are parademons.

14
The New 52: What Titles Don't Mix Continuity For New Reader?
13
How Many Fields is Bruce Wayne Accomplished In?
11
In Batman v Superman, how did Batman know where Martha was?
7
Do either of these plot points in Batman v Superman have a precedents in comics?
12
Is Alfred the moral conscience of Bruce Wayne/Batman?
9
How long has Batman been "The World's Greatest Detective"?
8
How does Batman know that this character is Kryptonian?
8
How could Batman see the parademons in his nightmare?