How old is the morphing technology in Animorphs?

In the Animorphs book (and shortly-lived television) series, the ability to morph into animals is conferred via touching an Escafil Device, a blue cube named for its Andalite creator.

However, the books are inconsistent in regards to the age of the technology; it's both regarded as new territory and yet it's also said that Andalites have already spent their lives mastering a few forms for the sake of subterfuge.

Just how old is the Escafil Device technology? 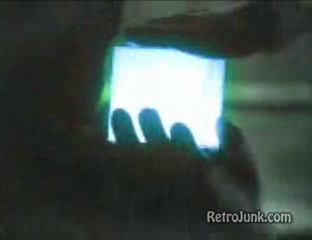 The Hork-Bajir Chronicles, Chapter 7 (Page 39 in my book):

He had no answer to that. I wasn't surprised. The morphing technology is so new that there are even Andalites who doubt its safety or usefulness. Fortunately, I had a friend back on the home world whose mother was one of the designers of the Escafil Device. She had shown it to me. I'd used it.

"Aldrea, don't say anything for a moment. Just listen. Let me explain," I said softly. When I felt her acceptance, I rushed on. "You were brought to this planet because there is a colony of free Hork-Bajir here. Your grandson, Jara Hamee, is part of the colony. So is your great-granddaughter, Toby Hamee."

(Some other relational ties are also known, to give an idea of lifespans: Andalite War-Prince Alloran-Semitur-Corrass was alive and active in The Hork-Bajir Chronicles, was disgraced due to the events of said book, and later trained Elfangor and Arbron. The Yeerk that would come to be known as Visser Three (by possessing Alloran's body) was also born at the start of The Hork-Bajir Chronicles.)

<We have few Andalites here on the planet now. And none who possess the wide array of morphs you have,> Galuit explained. <All Andalite warriors are morph-capable. But few acquire morphs or use them. That is mostly done by our people in intelligence. Spies. But you four may be able to penetrate the Yeerk forces.>

It took 5 years (1996 - 2001) to publish the series, and I vaguely remember a statement from one of the last few books that says that's roughly the same amount of time the Animorphs had been fighting the Yeerks. So since The Decision was published in 1998, that's presumably the year it takes place.

The above makes the Escafil Device around 30 years old during the series - likely to be one single Andalite generation, given the known relationships above.

Lastly, according to Galuit, Andalites don't morph very often - and those that do shouldn't be caught anyway. So non-Andalites are unlikely to have seen the morphing technology, making it "new" to most of them. And the way Galuit phrases his statements, I'm under the impression that the morphing ability also isn't well-known in the civilian population.

Per @Probst's comment, It's possible the Andalites simply have a different idea of what constitutes "new technology" than we do. Recall that Aximili is stunned when he discovers that it only took humans less than 70 years to get from primitive flying machines to landing a human on our moon--the Andalites may simply develop technology much more slowly than we do, so that a technology "only" a couple of generations old still seems new to them.

11
Are the Animorphs the only non-Andalites with morphing technology?
2
In the tenth Animorphs book, why does Ax have his arm reattached with a scar left?

14
In Animorphs why can't a nothlit reuse the Escafil Device?
21
Why do Animorphs have a two hour limit?
5
Could the animorphs change into anything with DNA?
16
Reading order for Animorphs
11
Are the Animorphs the only non-Andalites with morphing technology?
8
Why are injuries sometimes not healed by morphing and demorping?
6
Why didn't the Animorphs use their Leeran morphs after returning home?
7
Why is the morphing time limit exactly two Earth hours?
2
What can Animorphs become?