@vsz pointed out in a comment that the information that is presented in "The Second Renaissance", i.e. the History preserved in the Zion Archives might be propaganda by the machines (inaccurate to make humans feel more guilty). Since the machines have more involvement in running Zion than the "free humans" are aware of, there could be merit to this theory.

However it would imply a completely different character for the machines, and allow for more aggressive interpretation of their actions.

Is there anything in the franchise to support this theory? Can it be ruled out? Perhaps the humans found the information (or the "machine cadavers") somewhere in the ruins of the real world?

When watching the Animatrix, I thought that the archive was supposed to be a true recollection of the events for the viewers (us), not something that was "archived" by anyone. There are many events that would either not have been recorded, or that are from a third-person view of ordinary people, who would not have been recorded.

For example, some of the military conferences (for the perpetual clouds), and the view of the girl first discovering her powers don't seem to be part of any physical archive.

It also seems that the machines have a poor grasp on human psyche (hence the Oracle). So I doubt they would alter history to make humans feel worse about their role.

The biggest clue I can think of isn't in the Animatrix videos or the movies. It's on the menu: 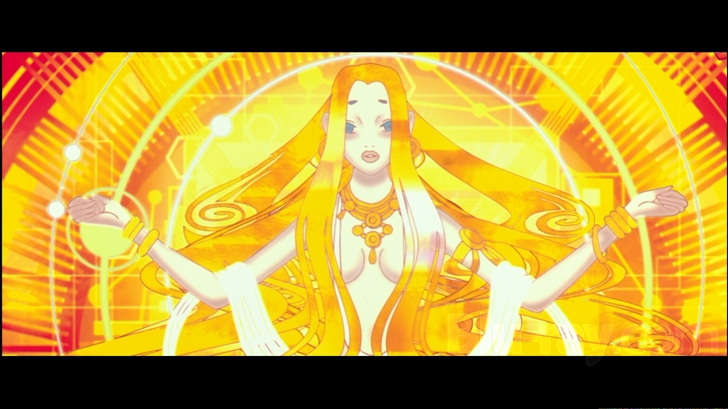 This character is the guide to the archive, and it appears to represent a fully-fledged AI. If it was nothing more than a menu/search feature, there would be no reason for it to have such a form - just use a text menu, perhaps with some icons.

Additionally, not only do the people in Zion not appear to have technology for such an AI, they most certainly wouldn't want one. What if it decided to side with its own kind? So then it wasn't created by the free humans... hmmm...

That just leaves the machines putting it there. The question is, for what reason. I can think of these at the moment:

(Of course, the out-of-universe reason for this... thing... is that it's more stylistically appealing)

Zion have been destroyed several times AND only archives survived intact - it can't be true, destroyed zion was penetrated by machines, so no archive should survive. I personal believe that archive is from post-neo era.

The term "propaganda" means that some document is fabricated to achieve some goal. Since Zion is inside the Matrix, nothing there is real. Especially all entries in the archive are part of the Matrix and hence, prone to reading and maybe even tampering by the machines - if Neo can download Kung Fu, why can't the machines download false memories into his brain as well (or change the information when he tries to remember something specific)? Incidents like the cloned black cat in the first movie suggest that the Matrix offers some resistance to manipulation, so this might not be as simple as downloading reflex based knowledge.

There is no evidence that any human from the surface ever was in Zion or in contact with Zion. All humans in Zion must at one time or the other have been created by the machines. Tank was pure human but that doesn't say anything about his parents.

So the question boils down to trust and goals: What do the machines want to achieve? We don't know for sure but they created the Matrix and Zion to make the humans happy (at least happy enough to avoid constant revolution) and give them a reason to live. You could say the inner Matrix is for the more simple people and Zion is the playground for the rebels.

But since no human in the Matrix ever left it, all information in the archive came from sources controlled by the machines at some point. Zion was completely destroyed several times before, so no reliable, external information can be left.

Conclusion: In all likelihood, the archives must be pure propaganda.

[EDIT] There is little information in the movies which support the theory that Zion is real. If Zion is real, where do Neo's super powers in the real world come from? Why does he suddenly see Matrix code? How can he destroy the sentinels without even touching them?

But even if Zion was real, where does the information in the archive come from?

The Architect claims that Zion has been destroyed several times before. That might be a lie. To know whether it's a lie, we need to know the history of Zion or how the humans remember it. This information comes from the archive. Since we can't trust the archive in this matter, this is a dead end.

If the Architect doesn't lie, this means that Zion must have been rebuilt. If the humans remember this (along the lines "Zion was destroyed, we moved to a new place, started again"), then there is a chance that the archive hasn't been tampered with. But the humans don't seem to remember which is a bad sign. We all want to forget about World War II but most humans today know about it, even though most of us were not involved - the event was just too important to ignore.

If Zion has been rebuilt, then we have a new question: Where did the archive come from? And when we know that, how did the humans secure the archive against tampering?

The main problem here is that we don't have an independent observer - we're trying to argue our points from inside the system and we can't trust the system. Scientifically speaking, this is not a good approach. To prove something about a system X, you need to be able to step outside of it, formulate a theory and then come up with an experiment which proves the theory wrong. If the experiment fails, the theory might be correct but you can never come up with an experiment that proves a theory to be correct. You can conduct experiments which support a theory but that just says "in this specific instance, with these exact conditions, the theory holds." It's not possible to generalize this, even though it's our nature to do so.

27
What incentive do the Machines have to uphold the peace deal?
21
Did the Wachowskis intend for the humans to be the villains of The Matrix?
22
What kind of a political hierarchy do the machines in The Matrix have?
2
Who originally programmed "The Matrix"?

9
Animatrix: What's going on in "Matriculated"?
13
Animatrix: In "Kid's Story", how was the kid found?
10
Since computers normally start counting from zero, was there a city before Machine City 01?
16
What is the Zion Foundation?
1
Can hoverships transmit messages to Zion from broadcast level?
9
Can I choose my own name in Zion?
5
Why didn't the humans in the Animatrix take out the Machines earlier?