Looking for fantasy book series involving a ship and a rainbow

I'm really upset because I thought I had remembered the title correctly only to find that I had somehow been thinking of The Voyage of the Dawn Treader which is not the series i'm looking for.

It's a children's/young adult series involving children going on myth themed adventures on a ship. I remember that in each one there is travel on a rainbow and that one of the books was based on Pandora's box which also featured a thunder bird at one point and another that is based on Irish faerie myths and specifically involves the Unseelie court.

This isn't a particularly old series I don't think, I remember reading the Unicorns of Balinor around the same time frame, but was at least early 2000's.

story-identification young-adult childrens-novel
share | improve this question | |
edited May 28 '17 at 20:04

This could very well be Voyage of the Basset. It was written by James C. Christensen, with Renwick St. James and Alan Dean Foster. Later, the story was adapted into a novel, and the novel continued into a series, by Tanith Lee. It is that, I think, that you remember reading. 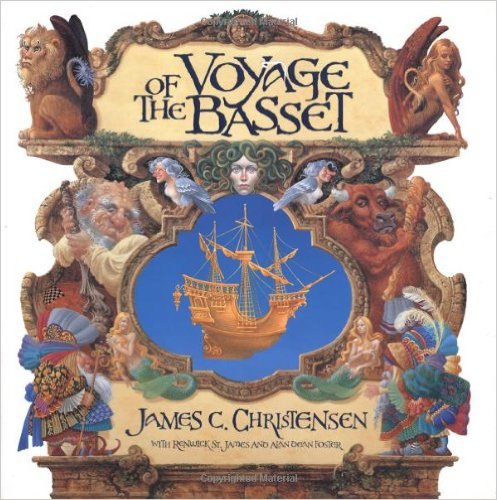 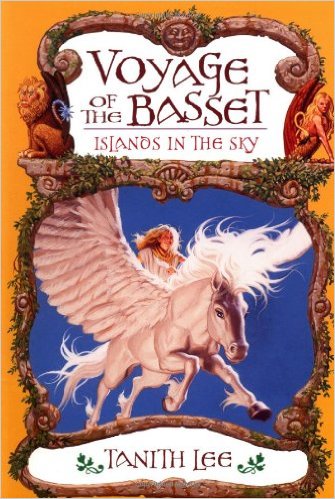 Another possible confusion is The Chronicles of the Imaginarium Geographica. It is clear that James Owen was inspired by Voyage of the Basset, since Here There Be Dragons, the first book in the Chronicles of the Imaginarium Geographica, features a magical ship which can cross to a magical Archipelago The ship is crewed by fauns, there is a faerie isle of some sort near the entrance to the Archipelago, and Pandora's box has a prominent and sinister presence in the plot.

Yet to my knowledge, James Owen has never acknowledged that Lee or Christensen were among his inspirations.