Does anyone remember which episode of STNG had someone at a starbase, as I recall, passing out a silly game in a head-mounted thing like a pair of glasses to the crew of the Enterprise, with said game causing an addictive/hypnosis-like effect, making everybody who wore/played this game do nothing else? Wesley and a female crewperson (his girlfriend?) were the only ones who saw the danger and managed to avoid getting hypnotised up until the very end, when they were caught and forced to wear the things. I forgot how the episode ended, but wanted to go back and rewatch it, as I've come to the conclusion that this episode has a LOT to say to us today about watching out for addictive things like... dare I say... Facebook and its ilk?

The episode is The Game. From Memory Alpha:

Wesley Crusher visits the Enterprise only to see everyone behaving strangely on account of an addictive, mind-controlling game.

And what is this super additive game? It involves getting red disks into purple funnels: 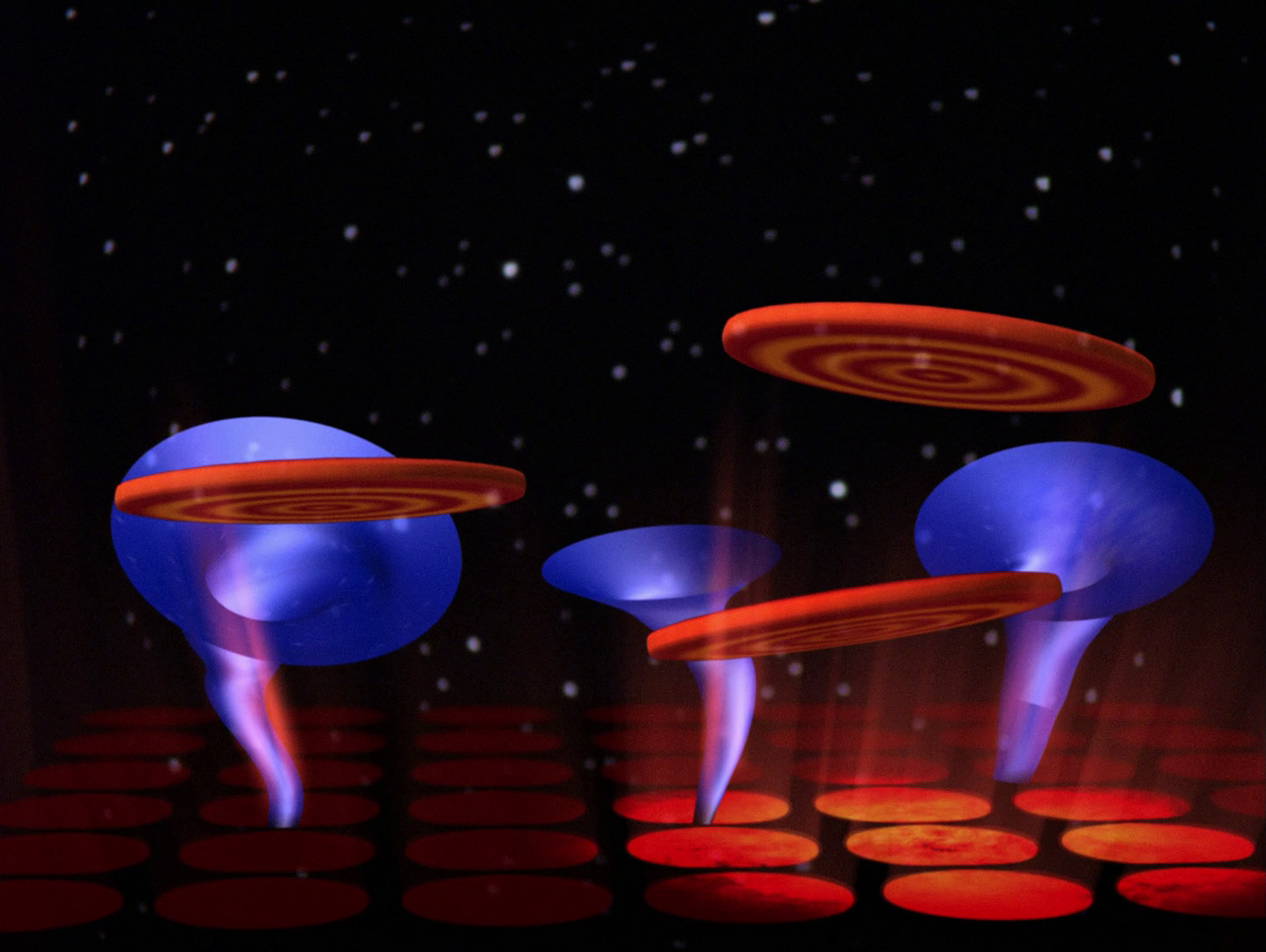 I can't understand why this dull game with 1990s graphics is so addictive.1.

1 In the episode they say it is a psychotropic addiction.

It's called, appropriately, "The Game." I believe it's from the fifth season.