Is Piccolo a Demon?

All of us who watched the original Dragonball series were familiar with Piccolo being Demon king and a Demon himself, but in DBZ Vegeta told him he was a Namekian.

Also, we know that Kami and Piccolo were once one being and later reunifying into the nameless Namekian in the cell saga.

So therefore they must be the same race right? But something doesn't quite fit in as Kami appears to have expelled Daimao out of his body like an evil entity. So the question is: are Daimao and Kami the same race or are they different races all together but sharing a soul between them, or are they both Namekian?

Kami and "King Piccolo" are the same type of entity; a Namekian. Kami expelled the evil inside of himself, so he could better become the protector of earth. Both Kami and King Piccolo have lost some of their memories, which is why their origin story changes slightly throughout the series as more is revealed. Due to his memory loss and war-filled upbringing, King Piccolo, assumes the title of Demon as he acts like one towards the citizens of earth.

To further prove they are both the same species, Piccolo Jr., the Piccolo of the later Dragonball episodes and the DBZ series, goes to Namek during the Frieza saga, and is able to absorb other Namekians into himself, increasing his power, as any other Namekian would. Later, he also fuses with Kami himself in the late Android/early Cell saga, gaining power greater then a Super Sayain. 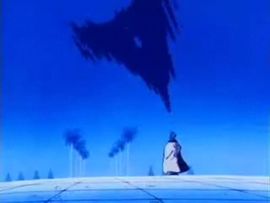 This is the scene of Kami expelling the evil inside of him, which becomes King Piccolo.

The Nameless Namekian is the only Namekian in the entire series shown to perform this, but there are two different and conflicting versions of the event. In Dragon Ball episode 125, "Earth's Guardian Emerges", the Nameless Namekian was portrayed as consciously expelling a black ghost-like apparition (presumed to be King Piccolo). But later, in Dragon Ball Z episode 54, "Guru's Gift", when Grand Elder Guru probes Krillin's mind he sees the Nameless Namekian suddenly falling out of bed and onto the floor, at which point King Piccolo tears away from his body, making the divided beings. One explanation to these conflicting versions is that the original flashback was actually an event from within the Nameless Namekian's subconscious, since he appeared to have been sleeping during the start of Guru's vision, which is usually the more well known of the two scenes.

As one other expressed, "Demon King" is a title/rank (seemingly self ascribed).

Remember in DragonBall, "God" of Earth was an Office (which Kami offers to Goku). So Demon, God, etc. are titles/classifications, not exactly meaning deity proper.

Piccolo is a demon but Kami is a namekian

The proof and the solution to your answer finally came out from the manga recently. Piccolo said he's not a namekian and he's a demon: 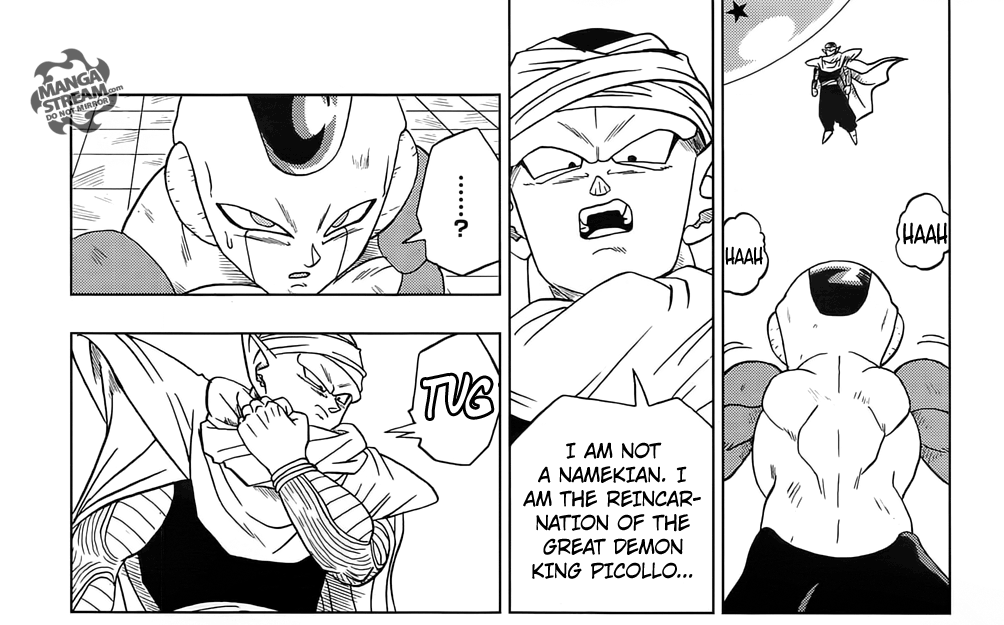 Vegeta said Piccolo was a Namekian but he also said that Piccolo created the dragon balls which is false. Vegeta mistook Piccolo for Kami who is a namekian and who created the dragon balls , However Vegeta was wrong when he said Piccolo was namekian just like he was wrong when he said he was a Super Saiyan when he fought Frieza on Namek.

2
Why couldn't Vegeta keep his body?
6
Why doesn't Future Trunks stop the androids before they are created?