Has a Star Trek doctor ever been randomly injured in an attack?

My question is only about Drs. McCoy, Crusher, Pulaski, Bashir & Phlox.

Have any of them been randomly injured in an on-screen attack? Examples of events I am discounting:

All of these events happened because they were doctors, so were in vulnerable positions. I want to know if their ship/station/other posting was attacked and they were injured despite not being specifically targeted.

I am also discounting Voyager because their human doctor was killed in the first episode before becoming a main character, and whenever the EMH is "injured" he needs to be fixed by Torres who is an engineer, not a doctor damn it!

In TNG "Arsenal of Freedom", Dr. Crusher was injured in an away mission with Picard, Data, Riker, and Yar present.

The ground gave way beneath her and Picard and she was badly injured.

An alien weapon had been attacking the group at the time (after encasing Riker in some kind of bubble), but it was not targeting Crusher specifically and her predicament had nothing to do with her being a doctor. 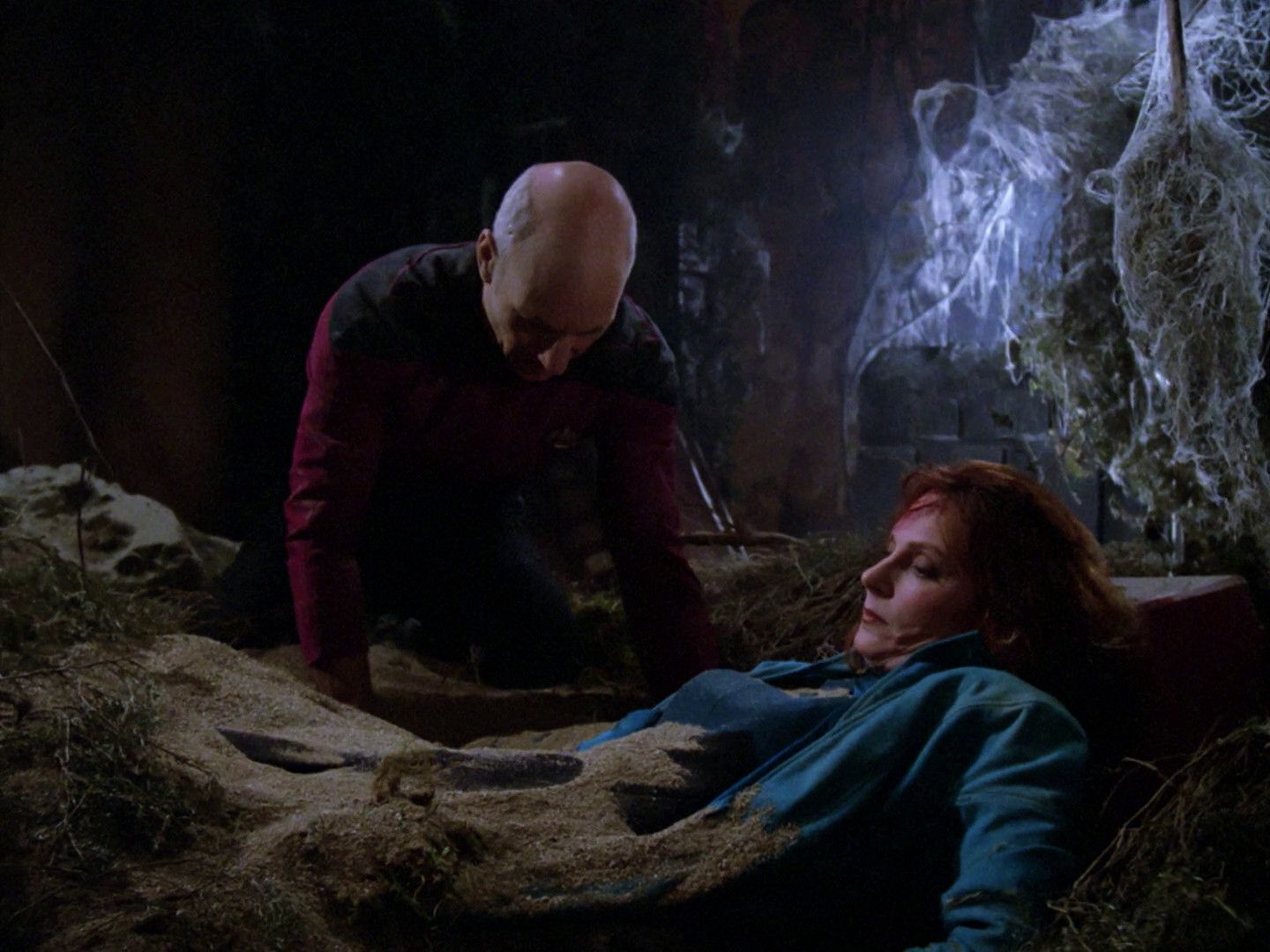 Also, Crusher was technically killed in TNG 'Timescape'. She was killed, but you could argue she wasn't technically injured, because it was reversed (weird time-travel happened!) 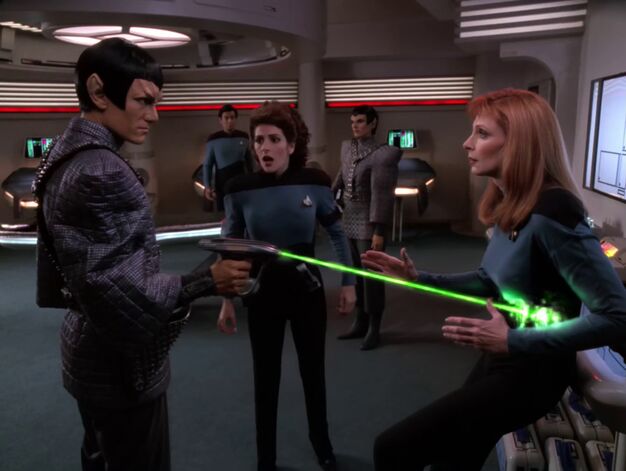 Now, this actually was an accident, as explained on Memory Alpha:

In sickbay, Troi pulls Dr. Crusher out of the way just as the Romulan fires his disruptor, aiming her phaser at him. Dr. Crusher explains to Troi that he wasn't firing at her. The Romulan officer explains that he was shooting at an alien who had taken Romulan form and the doctor got in the way.

So, although there were (deadly) injuries sustained by Crusher, they weren't intentional!

Dr McCoy was killed in Shore Leave but I don't know if you'd call it an accident. He stood in front of a charging knight and was speared. 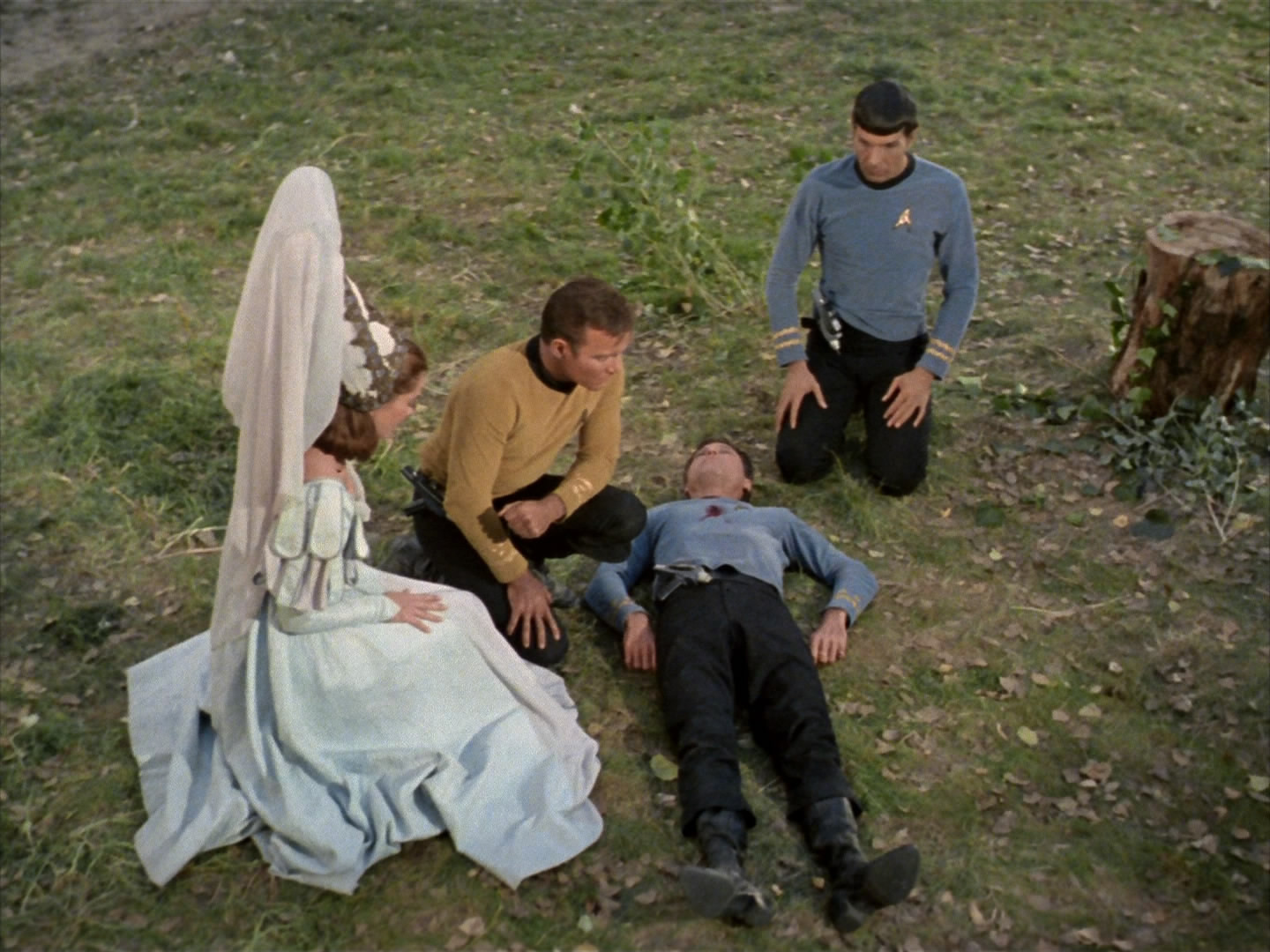 He did get better, though. 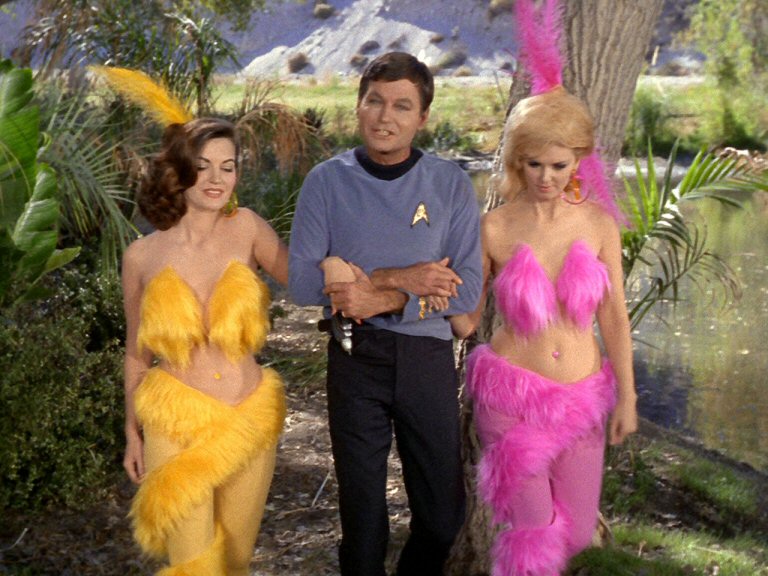 He also accidently shoots himself up with a drug in TOS City on the Edge of Forever - causing him to go crazy and change Earth's history.

He was also tortured in The Empath but that was no accident. 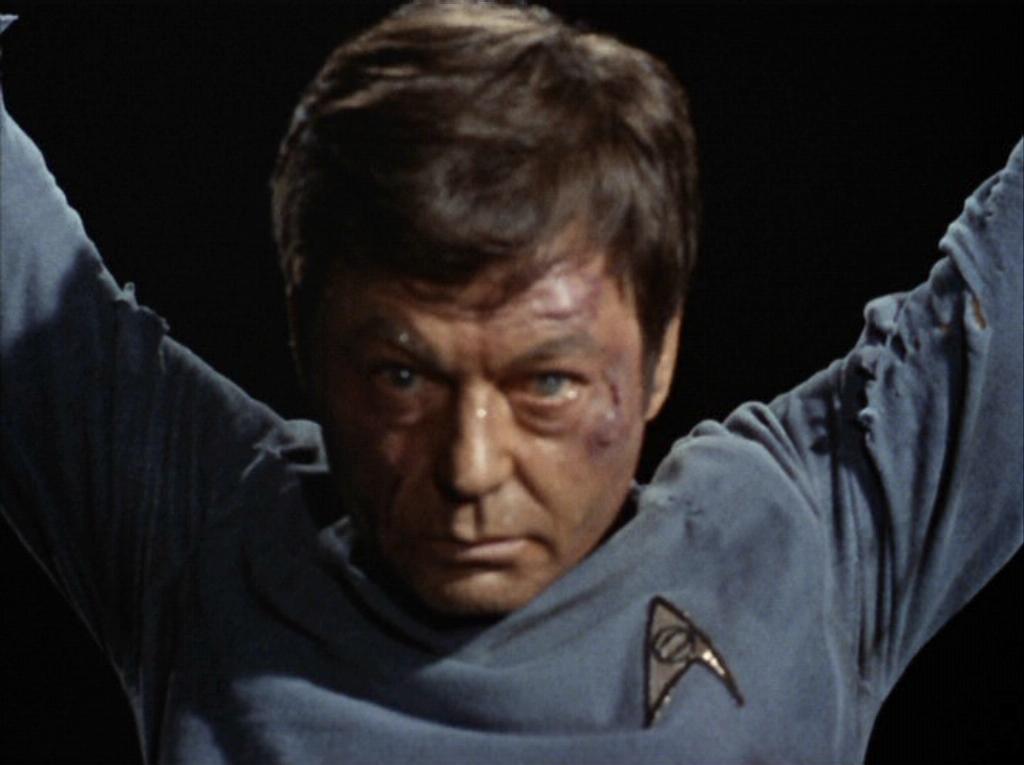