Does the Thing from Fantastic Four regenerate lost body parts or lost stone/skin?

I can't seem to find the answer by Googling, and it's bothering me a bit too much.

Does he regenerate lost body parts or lost stone/skin? Never read comics that much so I have no idea.

I have found no listed source of a healing factor. And, to quote the other question linked above:

In a battle against Wolverine (Fantastic Four vol. 1, #374 (Mar. 1993)), his face was cut open by Wolverine's Adamantium claws and bled. The claws left scarring that Ben would later wear a helmet to hide the scars. He was later healed by Hyperstorm. 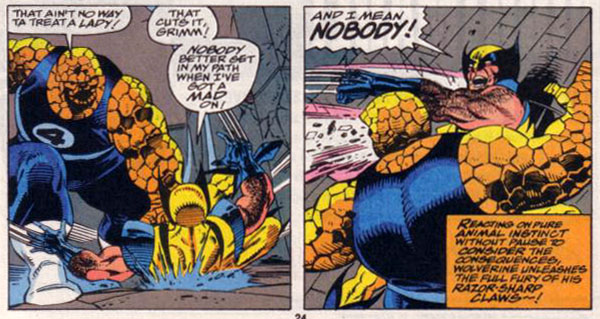 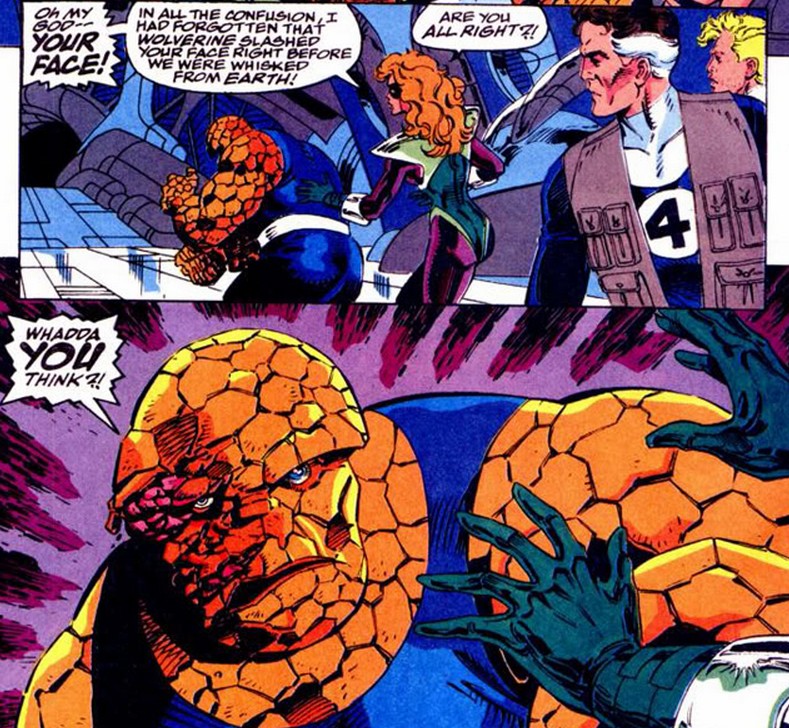 On the other hand, he does heal normally, probably at a human rate, as he has had chunks of his stone skin knocked off which have grown back, and he apparently does not age as discovered in Fantastic Four #605, which suggests some level of cellular regeneration (or possibly simply no cellular mutation or shortening of telomeres).

Not the answer you're looking for? Browse other questions tagged marvel fantastic-four the-thing or ask your own question.

10
Fantastic Four: Meeting God — Where's the Challenge After That?
10
Are there any comic book heroes (DC or Marvel preferably) that served in the US Navy (not marines)?
6
How does the Power Stone determine power?
3
Could Reed Richards survive a point blank gunshot to the head?
10
What is the original “origin story” of the Fantastic Four?
9
Why couldn't Doom instantly kill the Fantastic Four?
12
Does Peter Parker ever cry in the comics, or the animated series?
4
Has Mister Fantastic ever used his elasticity to impersonate someone?
10
Why did Miles Morales get non-spider-like powers (bio-electrokinesis and invisibility) that are vastly different from the other spider people?