How many interpretations are there of the acquisition of the Death Star Plans in Legends?

Disney recently showed the trailer for their Star Wars spinoff Rogue One with the canonical interpretation of the Death Star plan acquisition.

This made me think about how often this event (codename “Operation Skyhook”) has been portrayed in Star Wars “Legends,” and how varied the portrayals are. However, many of them seem to have one thing in common: Kyle Katarn, a stormtrooper turned Rebel turned Jedi.

If we assume that the “Legends” storylines where Kyle Katarn acquired the plans in person (so not through hiring someone else) are different portrayals of the same interpretation, how many interpretations are there of the acquisition of the Death Star plans by the Rebel Alliance?

If you had to throw a dinner party and invite everyone who had ever stolen the Death Star plans, you'd be surprised at how many place settings you'd have to worry about. -Pablo Hidalgo

Across the various continuities, there are many, many different portrayals. Even accounting for partial plans, many of them completely contradict each other. Some involve Katarn, but most don't.

The first mission (which was also released independently as a demo of the game) involved infiltration of an Imperial base on the planet Danuta, in order to steal the Death Star plans. The Mission to Danuta resulted in Rebel possession of the plans that would later be given to Princess Leia and lead to the destruction of the Death Star.

The Death Star Uprising was a relatively large prison riot, originating in Detention Block 2180 aboard the first Death Star, where Rebel Alliance captives-of-war attempted to escape by fighting their way into two hangars and stealing a Sentinel-class landing craft. Although the prisoners' escape was completely prevented, their rioting may have only been a diversion for a more important and ultimately successful objective; a section of the Death Star plans was secretly stolen during the uprising and transported into the possession of Rebels located at a covert base on Polis Massa.

The Great Search: Rebels discover the Death Star. The campaign introduces Operation Skyhook and ends with the protection of Princess Leia's corvette Tantive IV, which ferries the Death Star plans.

Rianna escaped the prison on Despayre and managed to make her way onto the Death Star before Despayre's destruction. Upon arrival on the Death Star she headed to the Communication center and told the Rebels about the battlestation. She then stole an Imperial ship and headed to Danuta, where the plans of the Death Star were being held by Kheev. Rianna fought her way to Kheev and killed him in his personal battle armor, though not before Kheev was able to take a pot shot at Rianna. Zeeo sacrificially took the shot and was seriously damaged. Rianna took the Death Star plans from Kheev's body.

Shortly after arriving on the planet, Storm makes a personal enemy of Boba Fett and becomes embroiled in the Rebel Alliance's attempts to steal the plans to a frightening new imperial Superweapon.

Meanwhile, Bria Tharen led a rebel raid on Toprawa in which rebel spies transmitted the plans for the Death Star I to Leia Organa aboard the Tantive IV. Tharen and her squadron were all killed in the raid, but the plans were successfully transmitted. This was the "first victory" of the Rebels.

Darth Vader arrives on the volcanic moon Kalakar Six in order to intercept Rebels passing on stolen plans for the Death Star.

The book makes mention of "one Rebel agent [who] managed to get the complete plans" to the first Death Star. It is unclear which agent this is referring to, since no single agent managed to obtain complete plans to the station. Instead, agents such as Kyle Katarn and Havet Storm transferred partial plans to Princess Leia aboard the Tantive IV, where they were compiled into a complete technical readout. Rather than this being a continuity error, it can perhaps be explained by the context in which this information appears: Luke is recounting Leia's story to him of her efforts to deliver the plans to Alderaan. It is possible that Luke either got the information wrong, or that Leia simply summarized the convoluted history of Operation Skyhook.

Tales from the Cantina:

They go to the Dune Sea, and Riij tells them what the Hammertong really is: part of the Death Star II's superlaser. He reveals also he is member of the Rebel Alliance, asks for the weapon, and gives them an offer to join the Alliance. They refuse to give him Hammertong and are ready to return to their home planet, until they learn Riij took their droid with the blueprints of Hammertong inside it. They decide not to go after him and Shada seriously considers joining the Rebels on her own if Karoly refuses.

The Death Star plans were stolen by Jyn Erso from the Scarif Imperial base, transmitted to a Rebel commandship, transferred to a disk, and sent away on the Tantive IV.

According to the licensed but non-canon Phineas and Ferb: Star Wars, Perry the Rebelpus stole the plans.

Also, there was a Star Wars radio drama produced by NPR in 1981 whose first three episodes discuss the backstory of the first Star Wars (1977) film. Episode two of that series focuses on the acquisition of the Death Star plans; bold emphasis is mine:

In episode 2 Princess Leia Organa and Captain Antilles are detained by the scheming Lord Tion on Ralltiir. While on the planet, evidence of Imperial atrocities influences Leia to take a stand against the Empire. She also makes contact with a Rebel spy who reveals intelligence about a secret Imperial project, codenamed “Death Star.”

Tion visits Leia and her father, Bail Organa, on the pacifist world of Alderaan, but tensions rise between Leia and Tion, and in her anger, Leia lets slip the codename, thus revealing her Rebel associations. Tion attempts to arrest Leia, but during a struggle he is accidentally shot.

Realizing the seriousness of the situation Bail Organa resolves to help the Rebellion, and plans to take the Tantive IV on an undercover mission to Toprawa to intercept the Death Star plans from the Rebels (see Havet Storm). Leia persuades her father to allow her to run this mission with Captain Antilles. Realizing that the Galaxy is facing a terrible threat, he commissions her also to locate the exiled Jedi Knight, General Obi-Wan Kenobi, and ask him to resume the fight against the Empire. 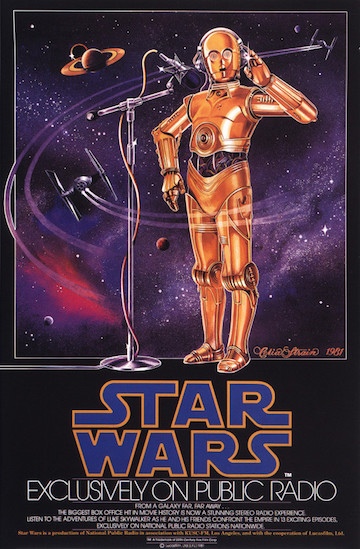 In quite a few EU works, there were refrences to this event, but often seemed to vary. Usually, it was either unnamed rebel spies or Kyle Katarn. For instance, in the game "Battlefront 2" there is a story mission during which rebels led by a jedi apprentice attempt a jailbreak on the death star and make off with the plans. I honestly can't count how many variations of this story there are.

Not the answer you're looking for? Browse other questions tagged star-wars star-wars-legends death-star or ask your own question.

24
How well known were the events of the original “Star Wars” trilogy in the general galaxy? Or was it all about clandestine special operations missions?
11
Did the Rebels know how many people were on the Death Star?
15
In Legends, was there ever a third Death Star?
8
Why didn't Kyle steal the Death Star plans?
74
What did Darth Vader mean by “There’ll be no one to stop us this time.” Who had “stopped” Vader—or the Empire—previously?
8
Was stealing the Death Star plans really this complicated (in Legends)?
8
How many people were in the original Rogue One squad?
10
How many different times total has Boba Fett escaped the Sarlacc in any official story?