What is the image on the flags and the box in Three Coins in a Fuchsbau?

In the episode Three Coins in a Fuchsbau there is an image on the flags in Captain Renard's dream as well as on the box that the coins were in. What is this image and what is its significance? 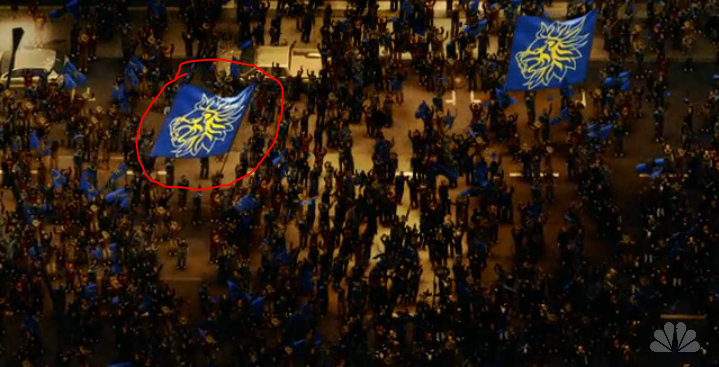 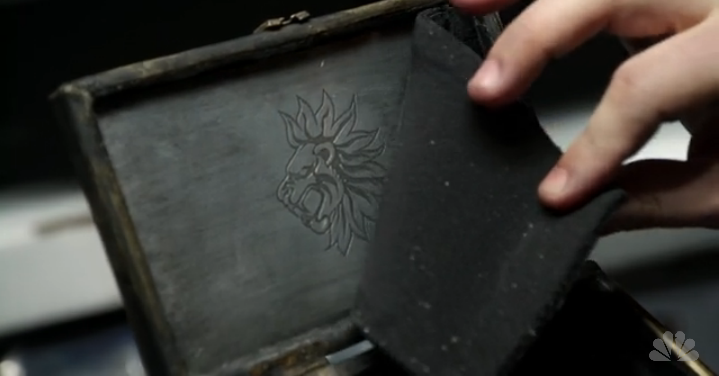 In the same episode, Kolt identifies it as the Nemean lion, the slaying of which was the first labor of Heracles. After slaying it Heracles wore its pelt as near-indestructible armor.

The Nemean lion (Greek, Λέων της Νεμέας (Léōn tēs Neméas); Latin: Leo Nemaeus) was a vicious monster in Greek mythology that lived at Nemea. It was eventually killed by Heracles. It could not be killed with mortal weapons because its golden fur was impervious to attack. Its claws were sharper than mortal swords and could cut through any armor.

The lion was minted into coins, such as this coin from 390-340 B.C., though almost always the image is it being slain rather than standing alone. (Then again, I don't know how you'd recognize it as the Nemean lion unless it's being slain.) 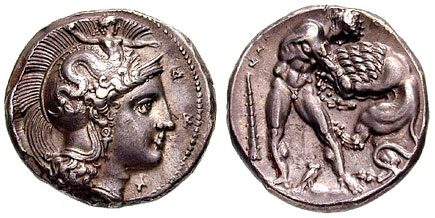 Although as far as I know the coins in the show, with a swastika on one side, are not based on any historical artifacts.

4
How can a Grimm recognize a Wesen recorded on film?
4
What are the two types of Woge?
4
What song did the Cracher-Mortel hum/sing during “The Waking Dead”?
5
What is the ritual that Rosalee and Monroe's mother performed?
4
Does Nick gain enhanced hearing after being blinded?
1
How did Juliette become Eve?
2
Where did the reset come from?