What is the correct spelling of the head of the Derbytantes group?

Powerpuff Girls 2016 season 1 episode 2 Princess Buttercup has a group of skaters called the Derbytantes. This group is led by a girl whose name is pronounced something like /ˈmeɪlən/ or /ˈmeɪlɪn/. What is the correct spelling of the name of that character?

I checked the credits listing at the end of the episode, and it doesn't seem to include her name.

If possible, I'd like canonical information, or at least information from the creators of the show. If such information is absolutely unavailable, I can accept an educated guess from someone who knows more about the English language than me.

Update: Richard is right of course, but to make me look slightly less stupid, let me note that I really did look at the credits. It looked like this. 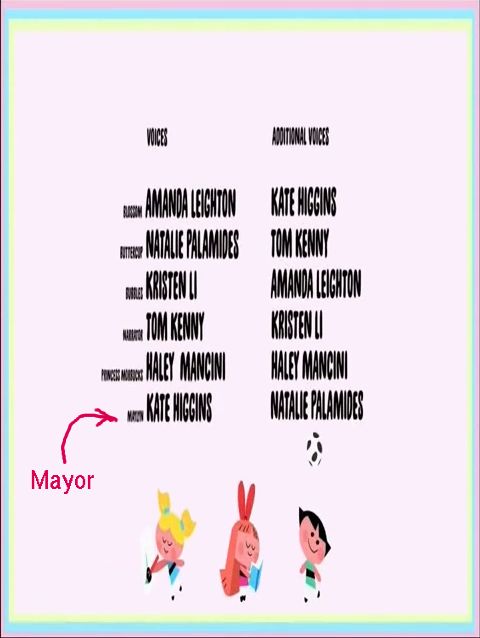 It totally says “Mayor: Kate Higgins” there. You can't have credits without listing the Mayor, right?

(In reality, the Mayor is voiced by Tom Kenny, and doesn't appear in E2. The girls' phones ring, but they don't pick it up, because they can see the giant monster from where they are.)

According to the credits at the end of the episode, it's Maylyn. 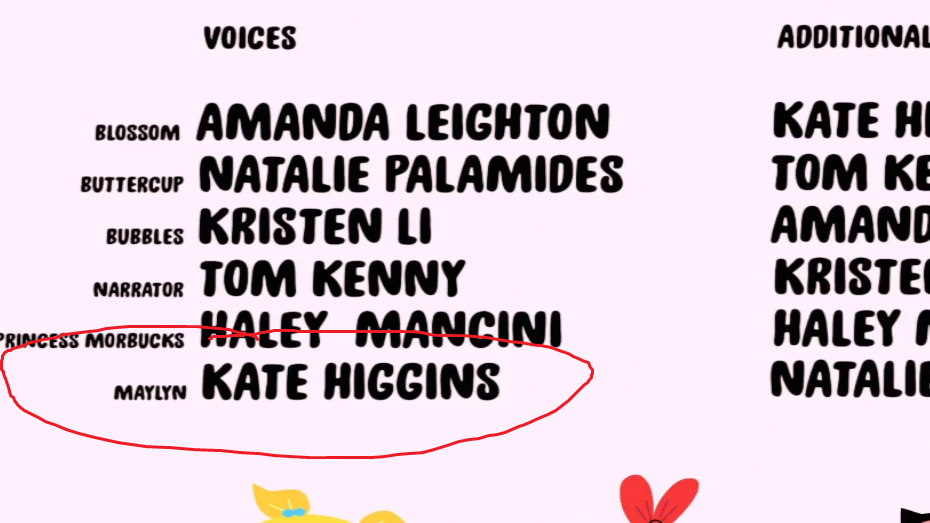 The best source I could find was the Powerpuff Girls Wikia, which says her name is Maylyn:

Every member of the Derbytantes has a nickname that ends with "-lyn".

Maylyn (Voice actor: Kate Higgins) is the leader of the Derbytantes. Every conversation of the gang is brought forth by Maylyn.

Jaylyn looks pretty much identical to most members of the group.

Bobbysuzeraelyn has undeniably the most extraordinary appearance out of all members in the gang. Her appearance has all the features of a full grown man, yet she speaks with a very girly voice.

"Buttlyn" is Buttercup's nickname as a member of the Derbytantes.

Obviously Wikia isn't a canonical source, but this spelling makes sense since many girls' names in English end with "lyn". The names Catelyn, Kathryn, and Lynn are all reasonably common.

(Admittedly several of the other possible spellings you propose would also make sense, but in the absence of better evidence, all we have is Maylyn.)

2
Is there an explanation of what would have been created without Chemical X?
5
Who and what is Him?
4
Is the Mayor anything other than a bumbling oaf?