The Clone Wars series explore much about the relationship between Anakin Skywalker and his troopers, the 501st Legion who would later be renamed Vader's Fist. While Darth Vader does not seem to regard a lot of people he works alongside with, the Emperor and Boba Fett being rare exceptions, could it be possible that, despite his forbidding demeanour, he still feels for his troops the same way Anakin did?

In Legends, he does to an extent and shows some appreciation when Commander Appo is killed during the sacking of Kashyyyk. On the other hand, he does not mind executing his own troops when they try to kill Galen Marek. In Battlefront 2, the clone shows a lot of pride and honour being part of the 501st and in its nickname Vader's Fist, meaning that he should have much respect towards Vader as well.

In canon, we even get to see more development between Anakin and his men during the course of the Clone Wars, but the materials to cover what happen between the Clone Wars and the battle of Yavin 4 is scarce at the moment. Sure, Rex leaves the Empire, but I am sure Vader has positive rapports with more people than just him. So, after turning into Darth Vader, does Anakin still regard his troops, particularly the clones, the same way he did in the Clone Wars?

From the canon novel Lords of the Sith:

She shook her head, her lekku squirming in agitation. “Not much. Second- and third—hand stories. I’ve heard that the regular officers hate him, but the Stormtrooper Corps almost worships him.”

From the canon novel Tarkin:

Later, observing the rapport the Dark Lord shared with the stormtroopers who supported him... Tarkin grew more and more convinced that his suspicions were right.

Vader might very well be the Jedi Knight Anakin Skywalker...

That said, in issue #1 of the canon comic Star Wars, we see Vader use his stormtroopers as human shields. 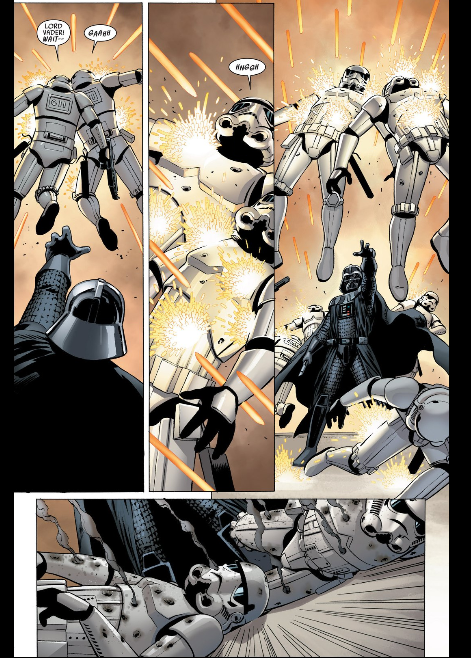 In issue #2, he kills a trooper without hesitation after he sees Vader without his helmet. 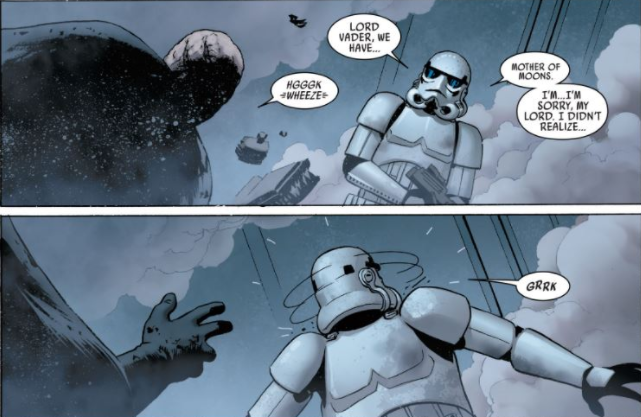 Based on these, it seems Vader generally treated his stormtroopers well, but valued his life and reputation above all else.

Judging by most source material, I'd say it's less that he cares about the troops and more that he's trying to keep up morale so that they continue to serve as loyally as they do. We've seen clones turn on account of how they're treated, so it's fair to assume Vader would want to avoid this, though it is possible that old bonds come into play.

Not the answer you're looking for? Browse other questions tagged star-wars star-wars-legends darth-vader clones or ask your own question.

4
Was the 501st an Elite Group before the Rise of the Empire?
63
The use of 'Darth' as Vader's name, not title, in Star Wars
11
Did Darth Vader intend to start the rebel Alliance?
13
Why was Rahm Kota accepted into the Jedi Order?
10
Why didn't Palpatine/Vader crush Organa in between 2BBY and Alderaan's destruction?
3
Is the 501st Legion accorded any special status or purpose in Disney's canon?
5
Can Darth Vader's armor self repair?
28
Why does Darth Vader opt to physically strangle Captain Antilles at the beginning of “Star Wars” (1977) instead of “Force Choking” him?
28
Did the 501st Legion know what Anakin had become when they attacked the Jedi Temple with him?
11
How and why was the 501st Legion on Mandalore and Coruscant at the same time?