How does Superman control the distance his heat vision beam travels?

How does Superman make sure his heat vision doesn't cause collateral damage beyond his intended target? To be more to the point, how far do errant beams travel and what happens once they strike an object? Is it even within Superman's control the distance his beams travel?

One argument that has been introduced is that he converges the beams such that they destructively interfere at the intended point of contact. 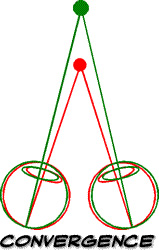 The problem you run into, as indicated by Dr. Scott at Polite Dissent is that a) at least for humans, there's a point of "optical infinity", about 20 feet, where your eyes don't converge (and the above pictures indeed depicts such a distance) and b) artists are inconsistent with the beams sometimes obviously being parallel. 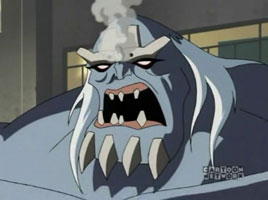 Ultimately, as with most of Superman's abilities, there's a lot of hand-waving going on and a lot of his powers make more sense under one of the blanket explanations that it's a matter of psychic powers or even reality manipulation.