Why the name 'Rogue One'?

So far, is there any suggestion, or speculation as to the reason for the name 'Rogue One' for the next Star Wars film?

To me, the name seems very close to the Rogue Squadron, most known from Hoth (their leader Luke Skywalker), especially the number following Rogue like a callsign.

However as far as I know, they were formed after the first Death Star destruction. So why Rogue One?

We learn in the film that the name "Rogue One" refers to the callsign of the squad that went to capture the plans for the Death Star. Since the film revolves around the origin story of this odd rag-tag group of rebels, naming the film after them seems most appropriate. 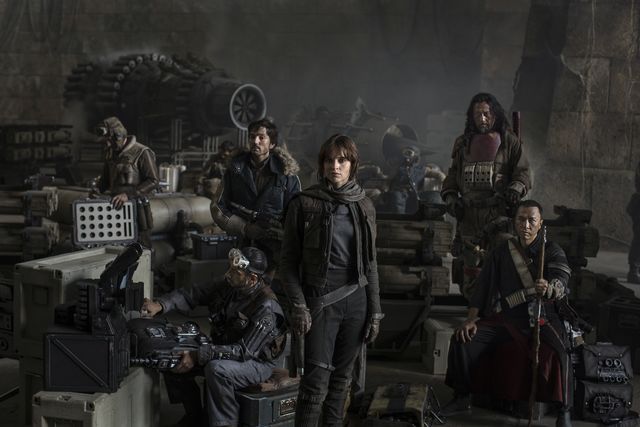 The name apparently resonated with the film's director, Gareth Edwards for a number of different reasons, referring to the film, the call sign of the unit but also the main character Jyn Erso.

"I'd been thinking about it,” he reflects in the new issue of Empire. “What does it mean? 'Rogue One’ is a military call sign to some extent,” he adds, referring to Red Squadron during the Battle of Yavin, "but this is the first film that's gone off-piste and is not part of the saga – or the Anakin story – so it’s the 'rogue' one, you know?”

There’s potentially another meaning to it too, relating to Felicity Jones’ interplanetary guerrilla Jyn Erso. She also has a rogue streak; a touch of the Han Solos in her drive to do what’s right, regardless of how much shit she has to blow up en route. “It's kind of describing her as well in a similar way,” says Edwards. “It has [all] these split, multiple meanings that made it feel like the right choice."

Rogue Squadron existed and was famous some years before Hoth - so, there is no time inconsistency.

Not only you think that "Rogue One" refers to "Rogue Squadron":

Rogue One likely references the title given to Rogue Leader, or the commander of the Rebel Alliance's most elite starfighter squadron, Rogue Squadron. The title is one of honor and respect, and is usually handed out to the best pilot in the Defense Force. There have been multiple Rogue Leaders over the years, from Wedge Antilles to Tycho Celchu, though none have been quite as famous as a certain Jedi you might have heard of: Luke Skywalker.
- CinemaBlend

Not the answer you're looking for? Browse other questions tagged star-wars names rogue-one or ask your own question.

-7
Why Rogue One name (and not something more appropriate)

5
Is there any significance to the name Skywalker?
10
What makes Rogue Squadron 'Rogue Squadron'?
8
Why did only Red and Gold Squadrons return to Yavin IV?
2
How would the shield gate have “regenerated”?
9
Does Rogue One create a plot hole in Return of the Jedi re Hyperspace Radio?
8
Was the opening of Rogue One designed to make you think this?
34
What's the relationship among the many uses of the name "Galen" in sci-fi?
9
Is Rogue Group/Rogue Squadron named after Rogue One (in-universe)?
20
Was Luke Skywalker the leader of the Rebel forces on Hoth?
4
Who were the 30 Rebel pilots who fought for the Alliance during the Battle of Yavin?