How did the 10th Doctor recognize his 11th incarnation as his future self?

In the 50th anniversary episode when the 10th Doctor saw a time rip, a person came out of it then this conversation happens:

ELIZABETH: Who is this man?

DOCTOR 10: That's just what I was wondering.

DOCTOR: Oh, that is skinny. That is proper skinny. I've never seen it from the outside. It's like a special effect. Oi!

Then the 10th suddenly looks at him like he recognizes him, then they say this:

DOCTOR 10: You're not. (They both get out their sonic screwdrivers. 11's is bigger and better.)

DOCTOR 10: Regeneration. It's a lottery.

He's a thin man with a ridiculously eccentric style of dress, appearing unawares in a time in which his style is very much out of place. 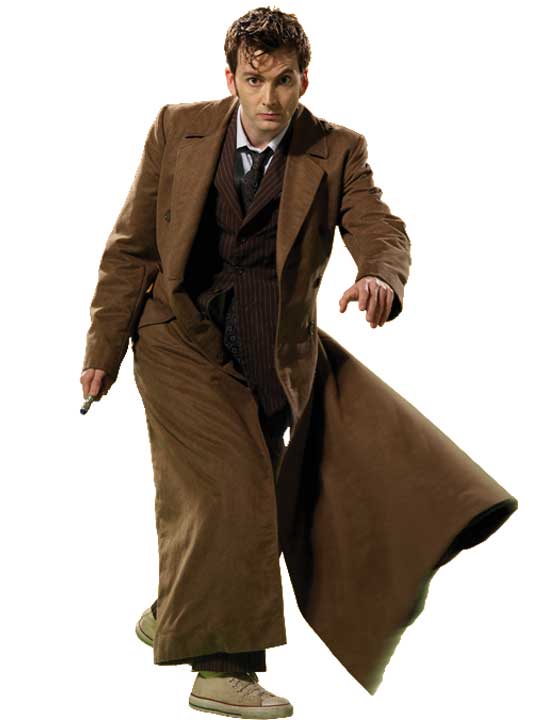 You don't need to be a genius alien to figure it out, and the Doctor is.

Doctor 10 mentions in "The Sound of Drums" that Time lords just know who they are by sight.

Coupled with the first episode of "The End of Time" where the Doctor wanders around trying to sniff out the Master, it shows that the Time Lords can recognize each other by sight and smell alone.

This method may have been used by the 10th Doctor, but took a while due to the strange person falling in on him and Queen Elizabeth.

10
When was the phrase "Timey Wimey" first invented by the Doctor?
15
When was David Tennant's Doctor in "Day of The Doctor"?
26
Why did The Doctor become Gollum-like creature when The Master increased his age to 900 years?
12
Why did the Doctor think the Curator was a future regeneration if he knew he was on his last one?
4
How did memory work in Old Who multi-Doctor stories?
5
What are the superpowers of The Doctor other than Regeneration?
12
Does each incarnation of the Doctor have a different natural lifespan depending on how "old" they look?