Who are all these Wheel of Time characters?

Earlier today I was shown the following picture in chat, some fan art of various Wheel of Time characters: 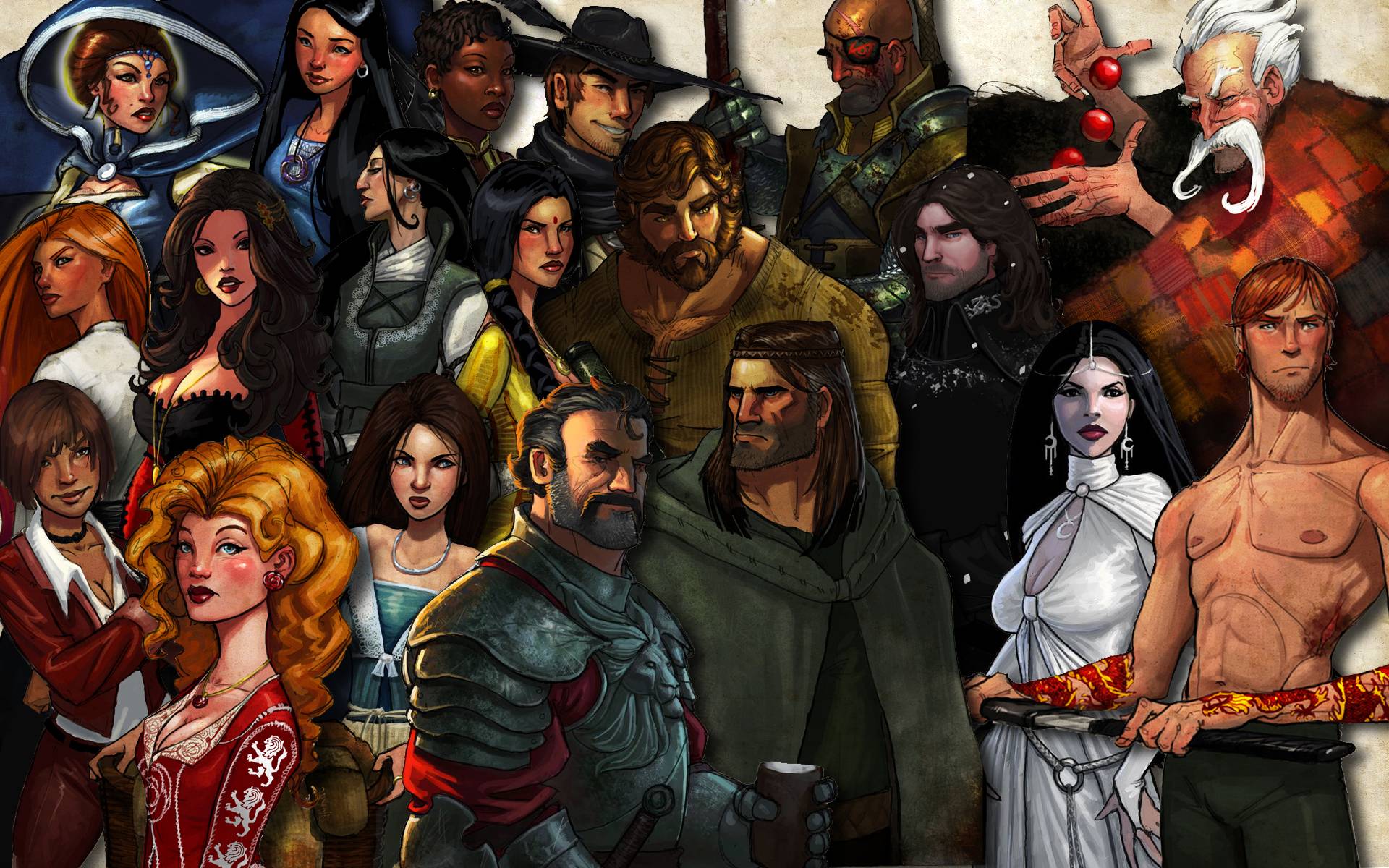 Some of them, of course, are easy to identify: Rand, Mat, Tuon, Thom Merrilin, and Elayne are all almost instantly identifiable. But I struggled with some of the others, including many of the women.

Who are all these characters?

For ease of reference, here's a numbered version of the image.

I am referring to the numbers from the numbered image provided by @Rand al'Thor in his question, though it would be better with some freehand circles (if those are freehand, then you really are Rand al'Thor and you can control the Pattern.) 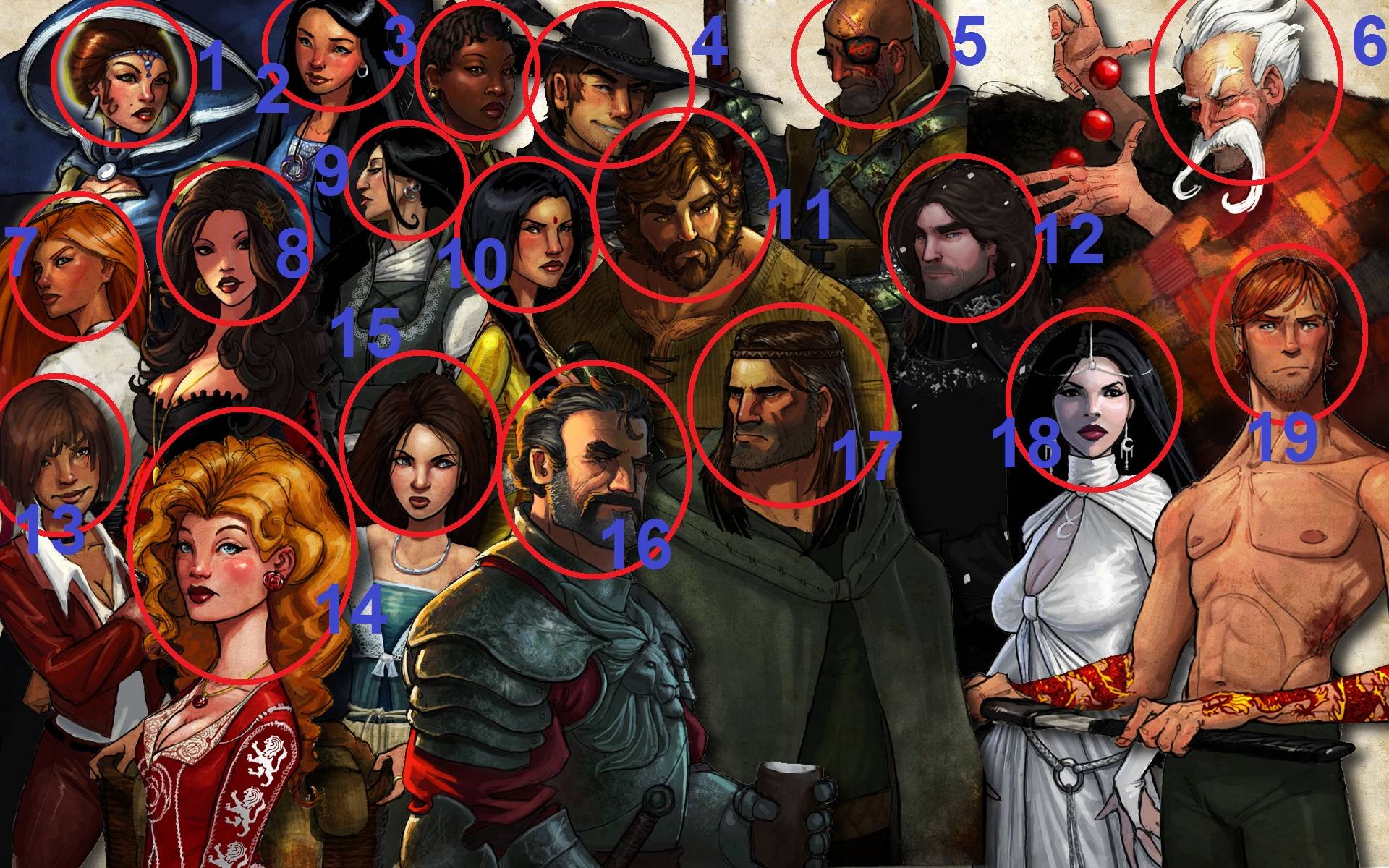 Not the answer you're looking for? Browse other questions tagged character-identification the-wheel-of-time or ask your own question.