Why is the Hogwarts crest / coat of arms plus motto canon?

Specifically: why does everyone refer to the art that is reproduced at the beginning of most HP editions (complete with motto) as the actual crest of Hogwarts and not just like any other piece of cover or inside art.

I know that JKR has said in some interviews that Draco dormiens nunquam titillandus is the school motto and (if I remember well) that there is a broad-strokes description of the coat of arms in Goblet of Fire.

(I'm sorry if this is a loaded question and it isn't canon after all.)

The crest has been seen on the inside cover of various editions of Harry Potter and the Philosopher's stone. 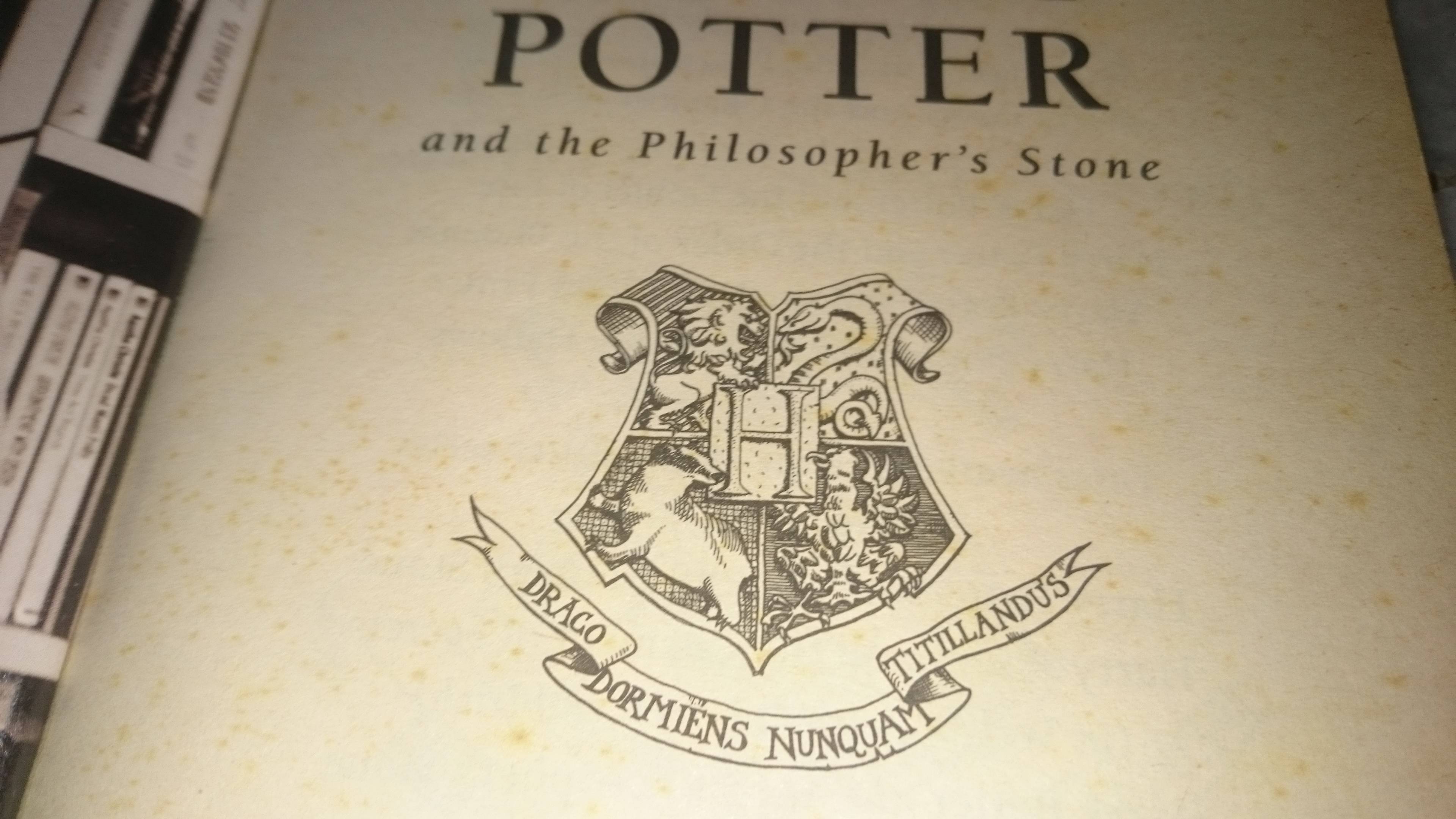 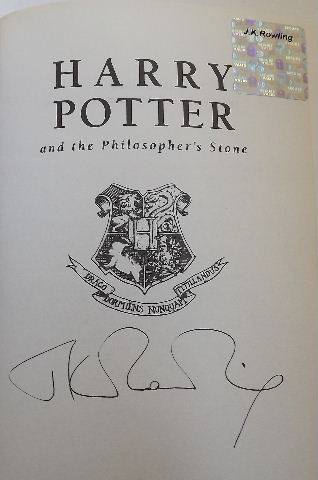 JKR also hand-drew her own version of the crest in a volume that she later auctioned for charity. It fetched £150,000 if you happen to be looking for an investment 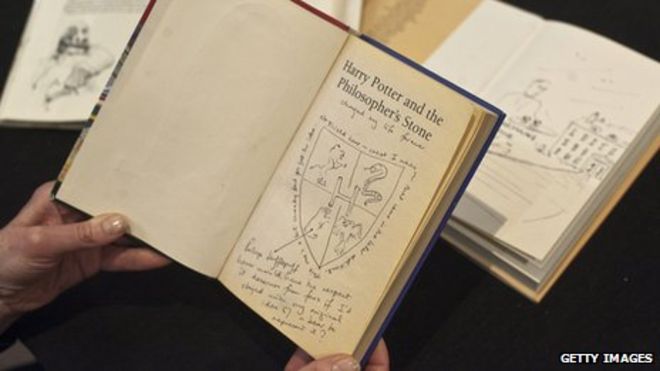 Interestingly, the very first instance of the motto seems to be on the Official Harry Potter Fan Club certificates. I've been unable to find a scanned copy of one, but there's a mention here in a Telegraph interview from 1997.

and in the interview below, she discusses why she chose it.

SF: And names like that. Even the school crest is something which is rather fun for those of us who have done a bit of Latin. For instance: “Draco dormiens nunquam titillandus” – it’s sort of like “Let sleeping dogs lie”, but it is “Don’t tickle a sleeping dragon”.

SF: Which is fine advice.

Not the answer you're looking for? Browse other questions tagged harry-potter canon hogwarts or ask your own question.

50
What’s the meaning of Hogwarts motto?
17
Were all the Hogwarts Professors former Hogwarts students?
29
When is a raven like an eagle? When it's on the Ravenclaw house crest
195
Hogwarts: So why aren't the kids “doing it”?
18
Why is 11 the age of admission to Hogwarts?
11
Why does Hogwarts always start on the 1st September?
25
Why is there a cannon at Hogwarts?
123
Why doesn't Hogwarts have more teachers?
48
Why does Hogwarts have dungeons?