What was Mr. Anderson (Neo) selling on discs to Choi?

What was Thomas Anderson/Neo, selling to Choi, DuJour and the druggies/punks that came knocking at his door?

Was it ever discussed out-of-universe by the Wachowski brothers? 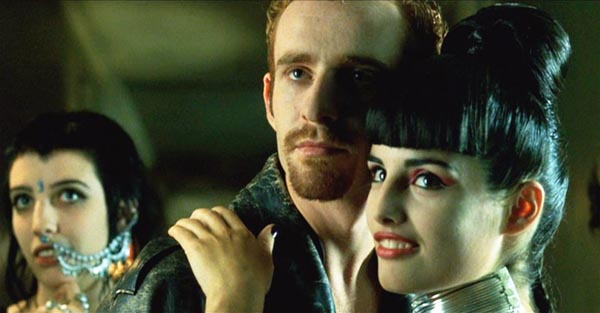 While the final movie leaves the question unanswered, it was answered in an early draft of the script.

In the early version, Neo is not selling a program, but his services as a hacker - to get rid of parking tickets.

I find it entirely reasonable to think that the scene was changed from Neo selling his services to Neo selling the software/scripts to do exactly the same.

Recognizing the voice, he relaxes and opens it. ANTHONY, who lives down the hall, is standing outside with a group of friends.

NEO What do you want, Anthony?

ANTHONY I need your help, man. Desperate. They got me, man. The shackles of fascism.

He holds up the red notice that accompanies the Denver boot.

NEO You got the money this time?

He holds up two hundred dollars and Neo opens the door. Anthony's girlfriend, DUJOUR, stops in front of Neo.

DUJOUR You can really get that thing off, right now?

ANTHONY I told you, honey, he may look like just another geek but this here is all we got left standing between Big Brother and the New World Order.

A police officer unlocks a yellow metal boot from the wheel of an enormous oldsmobile.

They watch from the window as the cops, silently, robotically, climb into their van.

ANTHONY Look at 'em. Automatons. Don't think about what they're- doing or why. Computer tells 'em what to do and they do it.

FRIEND #l The banality of evil.

He slaps the money in Neo's hand.

Based on Neo's background as a hacker, and the fact that he didn't want the disc to be traced back to him, we're only left to presume that it was some form of potent malware. What the malware's function or intended use was, we can only imagine. It may have been used to steal government information, deface a website with a political message, take down some evil big corp's main servers, delete incriminating data from law enforcement servers, or any number of other possibilities.

Based on the fact that Neo was a hacker, it was most likely a zero-day exploit. A zero-day exploit could be used to create many different types of malware, and can't be detected by virus scanners (as of their first use), and as such are the most dangerous and most feared by security firms.

Many companies offer large rewards for a zero-day exploit (I think Google is offering $1 million for any one found on chrome right now).

It was likely information that was illegally solicited, something that could be used to blackmail someone for example.

It seems typical of the kinds of things hackers would be hired to do as they are portrayed in the movie. It is further supported by Neo not wanting to be named if they are caught using whatever is on the disc.

Also of note is the reaction of person buying the disc "You're my savior man". To me this reads that because he got this information he now had leverage.

Lastly, in the holed our book where Neo is keeping his discs we see several discs with different labels, likely different information for different customers.

This suggests that what ever it is, it is effectively a program or at least a piece of software designed to do something.

The statement also suggests that it's something for minor offenses if we take the police route, since wiping a person's criminal history would in fact be a huge breach in the police system, causing a lot of potential attention to the attack. This item has to be more subtle than that.

The route of a virus for example makes more sense, but what the virus is for exactly will never really be known.

It could also be a program which is ripped off.

The disc reads "Simulacrum," a word used to describe a representation that is convincingly the same as whatever it is based off of, such as a copy of a painting or a cyborg that seems human. The difference is the intent; a simulacrum is intended to deceive whereas a copy is intending to replicate.

As Chio calls Neo "my own personal Jesus Christ", it would seem that the best fitting answer would be one where the drug addict/criminal would be "forgiven" by the program. So, a program for removing criminal violations or records seems likely. The real question is since programs in the Matrix are self aware, does Neo get to meet any of his own programs?

I think it was a program to wipe a persons criminal history away digitally.

user14013user14013
27
0
Add a comment  |
Highly active question. Earn 10 reputation (not counting the association bonus) in order to answer this question. The reputation requirement helps protect this question from spam and non-answer activity.

-1
What was the floppy disk in this scene from The Matrix?

31
Would Neo Have Been "The One" If He Had Believed He Was?
10
How good a hacker was Neo?
26
What drove Neo to seek out knowledge of "The Matrix" and Morpheus?
36
Was Neo actually born on 9/11?
5
Were all "The Ones" before Neo also called Neo?
9
What would have happened if Agent Smith wasn't around?
3
Was Smith envious of Neo?
10
Was Neo a program?