Even the children at the end of M.U. aren't scared by his direct appearance. The kid at the end of Monsters Inc. is also more bemused than frightened when he sees Mike.

What I don't understand is, why isn't Mike considered scary? 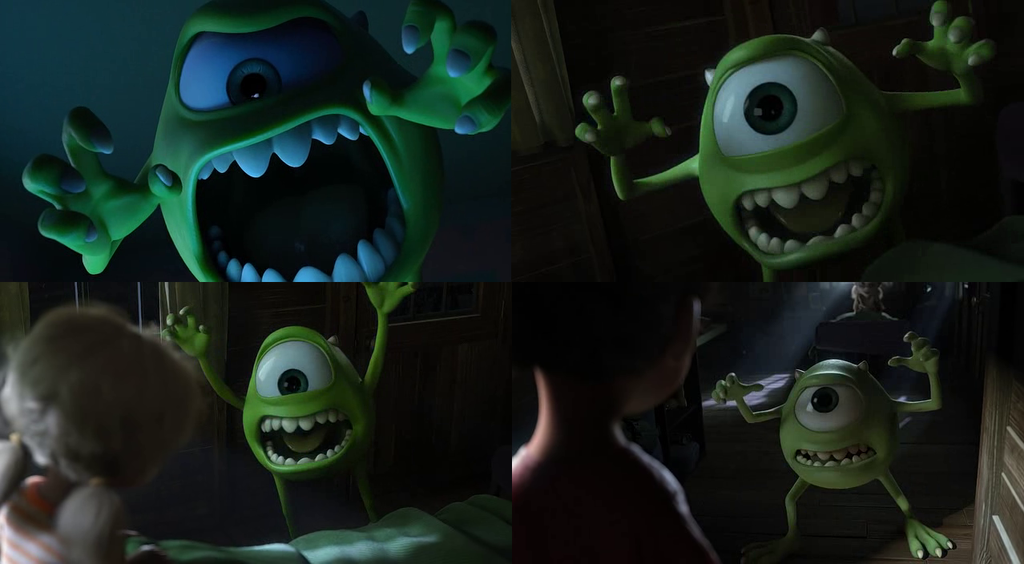 Granted, he isn't the most frightening monster around, but I still think children would be afraid of him. He's a green, scaly one-eyed creature with fangs and claws. While audiences might find him "cute", to the humans in the movies, he's a strange entity who sneaks into childrens' rooms at night.

It's especially egregious, given that all the other Oozma Kappa members evidently are scary, including this bozo: 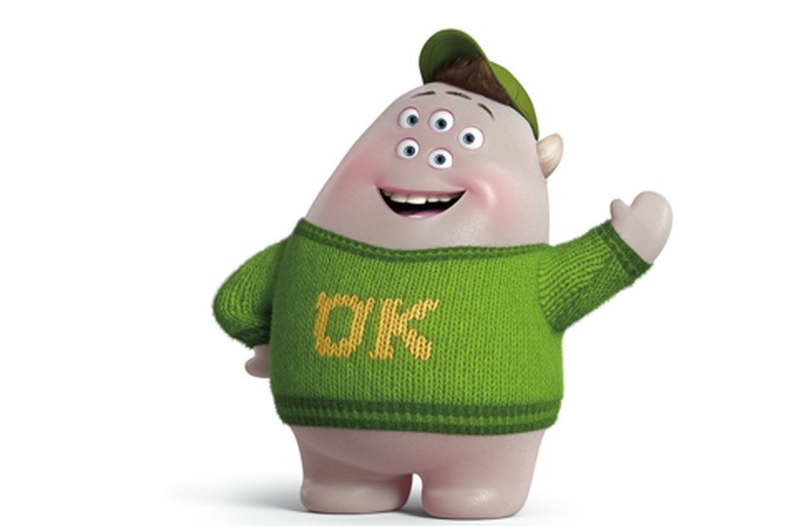 What makes Mike so unscary in this world?

Ignoring the fact that Mike palpably isn't scary (he's short and goofy looking, his teeth aren't especially sharp, his "claws" are kinda short, his giant eyeball makes him look vulnerable, his arms and legs seem puny and bandy) the reality is that in a world of scary monsters he's definitely the least scary.

Added to that, the children that Mike tries to scare at the end of MU are likely to be those who've already been scared half to death on a regular basis by the most scary monsters in the Monster world. By comparison, he's not even in the same league.

As the young lady he attempts to scare puts it...

There's also a note in the script (registration required) about what she's saying in the background.

Kids like childlike faces, and the signifiers include big eyes and rounded faces:

Borgi et al. stated that young children demonstrate a preference for faces with a more "infantile facial" arrangement i.e. a rounder face, a higher forehead, bigger eyes, a smaller nose and a smaller mouth. In a study that used three- to six-year-old children, Borgi et al. asserted that the children showed a viewing time preference toward the eyes of "high infantile" faces of dogs, cats and humans as opposed to "low infantile" faces of those three species.

Mike also has no nose, and no hair might work as a stand-in for a higher forehead. Also as mentioned in the comments and other answer, although he has a large mouth, the teeth are blunted and not scary.

So the cuteness factor for audiences would simply be more pronounced in children.

Not the answer you're looking for? Browse other questions tagged pixar monsters-inc monsters-university or ask your own question.

61
Why were the “Monsters, Inc.” monsters told that touching kids would kill them?
19
Why did Remy (the rat from Ratatouille) cook Ratatouille at the end of the movie?
9
Why wouldn't a scream alert the child's parents, if crying can?
5
How long have Mike and Sulley known each other?
55
Why doesn't Buzz know he's a toy?
22
Why was Woody unaware of his toy backstory when Buzz knew his?
21
Why are The Incredibles villains technologically-based?
23
In Toy Story, are toys the only inanimate objects that become alive? And if so, why?