Are there any examples of bionicle characters fusing together in the stories?

In the Lego instructions for the first generation of Bionicle, there was a bonus section where you could fuse together three different toa and make a 'super-toa' which combined the powers of the toa used. Was there any example of this happening in the movies or the comics, or was this just fluff for the instructions?

This section also existed in the instructions for the matoran as well, and I believe for the Bohrok.

Yes, the Toa Kaita were featured in stories.

The Toa Kaita, as such fusions were called, were said to have

defeated the Manas crabs guarding Teridax's Mangaia lair, but were torn back apart into Toa Mata upon entry into the heart of the lair due to being so close to a being of great evil.

Wairuha Nuva battled the Bohrok-Kal Kaita Ja, but was defeated.

Their major appearances take place in comics 3 and 11, as well as the Mata Nui Online game. 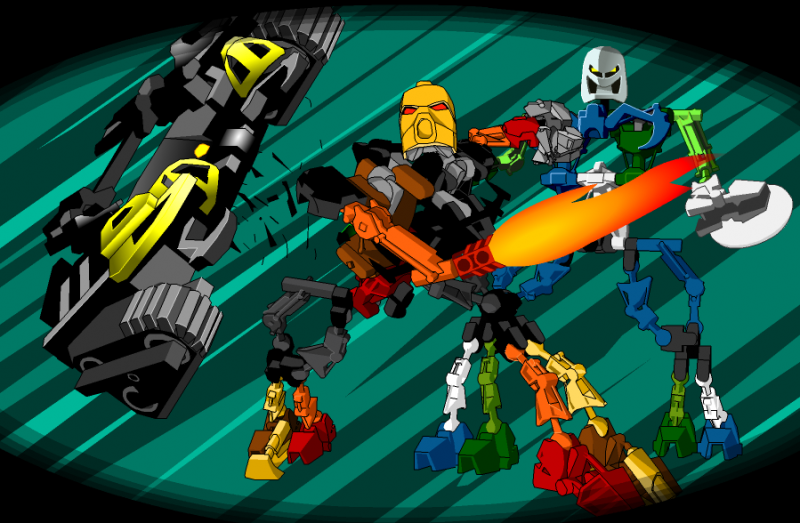 Not the answer you're looking for? Browse other questions tagged lego bionicle or ask your own question.

4
How could the inhabitants of the Matoran Universe be unaware of its nature? [Massive Spoilers]
9
Do any versions of The Avengers/Stark Tower have a flying defense robot similar to this one?
15
Do the minifigures have any control of their actions within the LEGO world?
13
In The LEGO Batman Movie, who are the agent looking villains?
6
Can Lego characters die in the Lego Cinematic Universe?
6
What are the 16 realms in Ninjago?
7
Does the LEGO Mos Eisley Cantina Jawa shop have any official backstory?