What is the instrument played on the holodeck in Paris?

In Star Trek: TNG, S1 E23 "We'll Always Have Paris", there is a man on the holodeck who appears to be slowly fondling some glass tubes in such a way as to produce music. What is this bizarre instrument being played in the Paris simulation? Does it have a name in-universe, or has it appeared elsewhere? 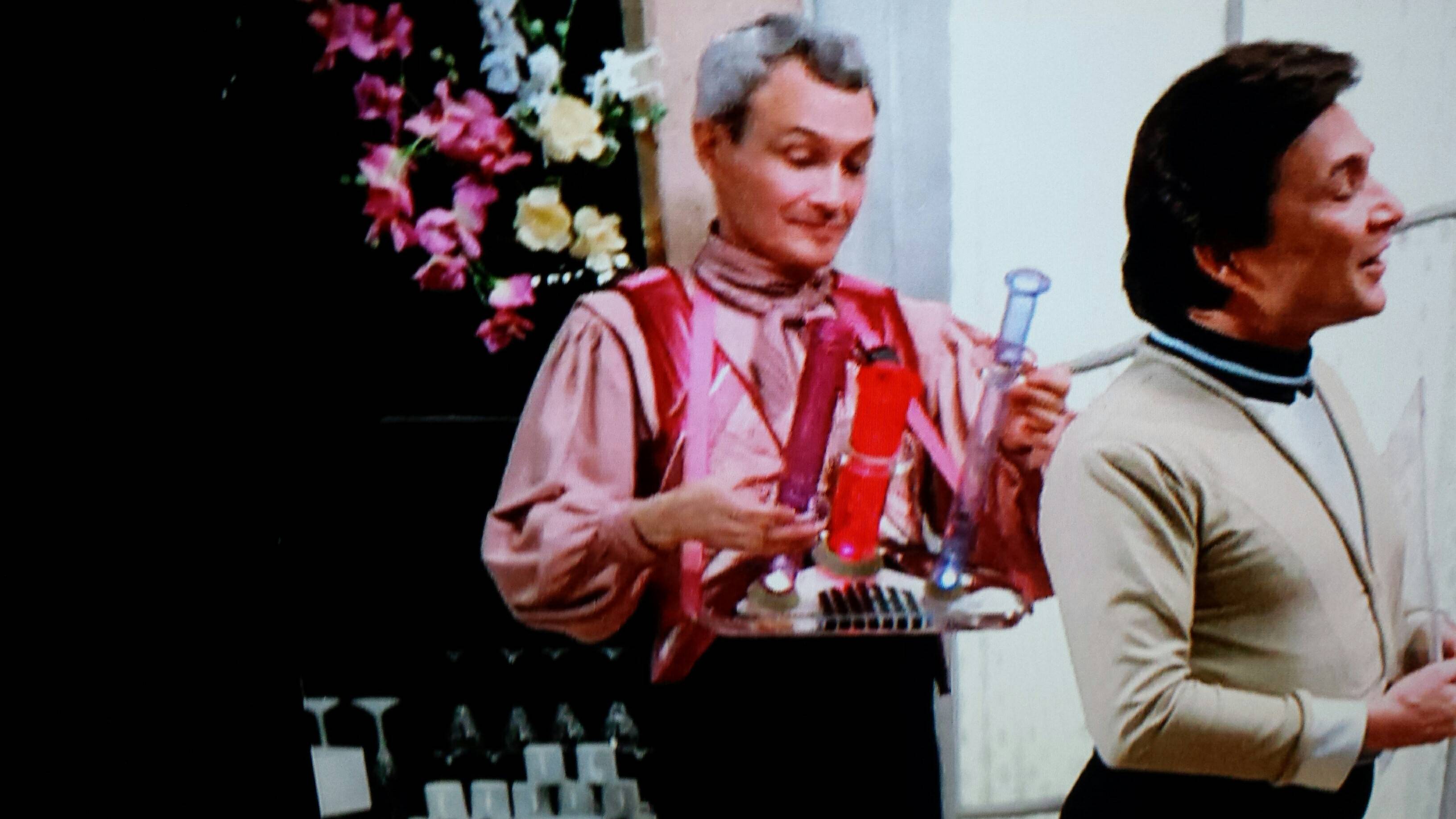 Memory Alpha simply calls it the Café des Artistes instrument. It apparently never appeared in any other episodes.

None of the instruments listed on Memory Beta appear to be the same instrument.

35
Aside from Stephen Hawking, were there any other "as himself" Star Trek cameos?
13
What Stargate/Star Trek episode had people escaping capture using an invented card game?
12
What's the relationship between Ensign Janeway and Capt. Janeway?
159
Why are there so many 47s?
37
Which actor appears as the most different species in Star Trek?
18
Have any of the Star Trek series themes ever appeared in-universe in an episode?
24
Why was conn held by low-ranking officers?
25
Do computer games still exist in Star Trek?